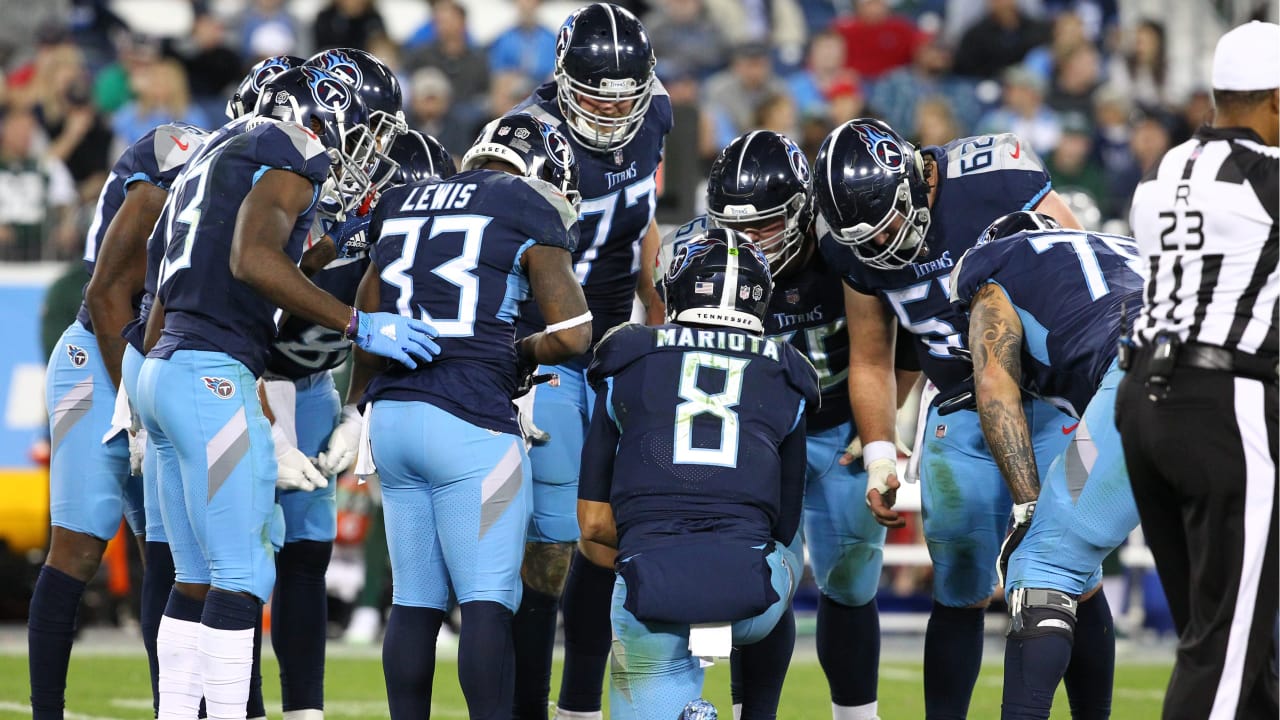 NASHVILLE – It was a fun week watching the Titans and Patriots square off at Saint Thomas Sports Park.

Let’s knock out another mailbag to help pass the time …

Oswald Blugh from Kingsport, Tennessee
Question: Hello Jim. My question is do you think the Titans keep Kalif Raymond and put him on the 53 man roster or practice squad if he keeps performing the way he did against the Eagles the rest of the preseason?

Jim: Hey Oswald. Good question. Kalif opened a lot of eyes in Philadelphia, and it followed a great start to training camp. He’s been mostly solid, although he did have a few drops this week. Kalif is talented, no doubt. When I do the math at receiver, it’s going to be tough, though. I count Corey Davis, Adam Humphries, A.J. Brown, Tajae Sharpe and Taywan Taylor, and the way Darius Jennings performed as a returner last year, he has extra value. Some other guys are battling as well. Kalif needs to keep playing well, and earning extra chances to show what he can do. I’ve had a few folks ask me if he’s practice squad eligible because he’s been in the league a little while. He is eligible, so that’s something to keep in mind with him as well.

Aaron Besch from Philadelphia, Pennsylvania
Question: Hi Jim. Thanks for all the tweets during training camp days. They get me through the work day during this boring period in the sports year. My question is: What do you think it would take for the Titans to resign Marcus after this season? Would it depend on making the playoffs, or if he can stay healthy a full season, or are there other factors beyond his play and health? Thanks and Titan Up.

Jim: Hey Aaron. Thanks for following. It’s the one time of year when reporters can live tweet during practice, so I try and take advantage of it. With camp ending this week, things could be scaled back a bit, and when the regular season begins, things will be even tighter. As for Marcus, he’s going to have to stay healthy, and play well. I don’t think there’s a benchmark he has to hit from a statistical standpoint, I just think Marcus needs to give the GM and HC a reason to believe.

Steve Roche from Nashville, Tennessee
Question: I thought Cody Hollister really stood out in their game with the Eagles. Yet local sportscasters and reporters had little to say about him. Am I missing something or are they?

Jim: Hey Steve. I’ve noticed Cody. He’s been good. He’s another guy who had a really nice game in Philadelphia, as you mentioned. I think the reason he’s not getting a lot of hype is because he’s at a position where a lot of guys are ahead of him. I think what has to be encouraging for Cody is the fact he’s listed pretty high on the depth chart, behind Davis, at one of the receiver spots. Of course the team is going with a three-wide lineup on the depth chart this year, so he’s one of the top six as far as the depth chart goes. Keep in mind, though, A.J. Brown is listed third team, like the rest of the rookies.

Chris Smith from Darien, Georgia
Question: Hey Jim. Greetings from the steamy southeast Georgia coast! A couple quick questions about the defense:
1. I notice DaQuan Jones on the depth chart at NT. Is this just a case of shuffling guys around in camp to see what works, or is this something permanent to finally solve the issue of NT? Or simply getting the best 3 D-linemen out there at the same time, with the assumption that Urban/Dickerson at DE and Jones at NT is better than Austin Johnson at NT and Jones at DE?
2. We are fortunate to have 3 high caliber ILBs. And while they will obviously be rotating heavily and subbing for specific situations, do you think we will see Evans getting snaps at OLB as well? Our depth at OLB has potential but very green. In an effort to get out best defenders on the field, I could see a scenario with Landry/Wake as hand-in-the-dirt DEs flanking Casey and Jones at DT with Evans/Woodyard/Brown at LB. We know the secondary is a strength, but I’m excited by the potential of the front 7 of this defense as well…

Jim: Hey Chris. Stay cool on the Georgia coast!
That’s a new spot for DaQuan as far as the depth chart is concerned. With big Brent Urban in the mix at end – opposite Jurrell Casey – DaQuan will be able to help even more with his versatility. Mike Vrabel praised Austin Johnson and his improvement this week, and Dickerson has had a really good offseason. I think you’re going to see a rotation, and a lot of movement from some of the d-linemen, with the best and most productive playing.
As for linebacker, I suspect Evans will get the majority of his snaps at ILB, but he can bounce outside as well. You’re going to see some packages where Evans/Brown/Woodyard out there, but I’m thinking Evans is going to be tough to take off the field, so coaches will find a lot of ways to use him. He’s had a great camp.

Kevin Berkner from Kitty Hawk, North Carolina
Question: Ok Jim I asked you two months ago which of the UDFA have real chance to make the 53. After seeing these guys before any more cuts who has a chance? Will the roughing the passer hurt Mack’s chance? He looked good besides the flags. Can Kareem Orr do enough? Who makes it?

Jim: Key Kevin. Still a lot of work to do, but DL Isaiah Mack, DB Kareem Orr, TE Parker Hesse and DE Amani Bledsoe are surging, and I’ve seen flashes from OLB Derik Roberson, too. The roster is going to be tight, so it’s going to be tough for some of these guys to make the 53.

Nancy Hall from Lebanon, Tennessee
Question: I have 2 questions:
1. We seem to have a lot of injuries albeit mostly not serious. Is there any way we can get a list of who is injured and how? I was surprised to not see Rodger Saffold and some others Thursday night and I hope they are not injured but how would you know!
2. Since Taylor Lewan blew his time in the first 4 games why was he on the field so much Thursday night? You would think they would want to give Kelly as much time as possible – unless worried about injury.

Jim: Hi Nancy. Saffold was held out – he’s not hurt. The team elected to keep a lot of guys out of the preseason opener, and that was the case across the league, especially with veterans like Rodger. A total of 15 Titans did not play against the Eagles, and probably 10 of them were injury related. In the regular season, I’m thinking a lot of them would’ve played. Think that’s a lot? Well, the Eagles listed 29 guys as DNP (Did Not Play). Those numbers will decrease over the next few weeks in the preseason I’m sure (with the exception being Week 4). As for Kelly, he’ll continue to see his workload increase as the preseason goes along with the rest of the starters.

Michael Albert from Bristol, Tennessee
Question: Hey Jim. Is Sharif Finch going to be the immediate backup at both OLB positions or simply rotating with Wake, having Correa the most likely backup when Landry takes a break? I’d love to see Wake and Landry man the edge with Finch coming in at either side as change of pace.

Jim: Hey Michael. All of those guys are going to be in a rotation. Sharif has gotten plenty of work with the starters in camp as the team has monitored Wake’s snaps. But the way Sharif has played, he’s going to get a lot of chances to get after quarterbacks. I’m thinking as the season goes on, the most productive and disruptive guys will start getting the most snaps.

Have a great weekend everyone!

The Falcons make the wrong kind of history