The Rosen vs. Fitzpatrick battle looks like a boxing match headed for a decision rather than a knockout. Competition has intensified in recent weeks as Rosen has stepped up his play, but this week we discovered what could be a prime deciding factor: intangibles. 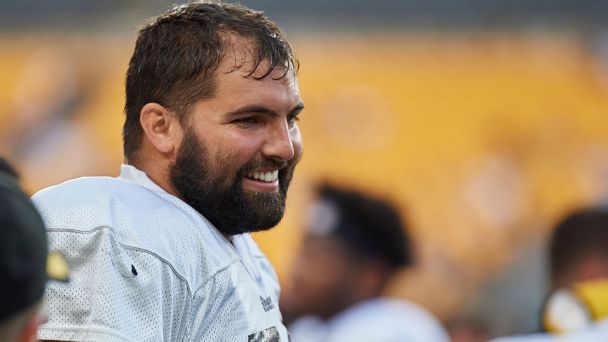 Just as the Rosen hype took off after some success in the second half of training camp and during the first preseason game, Dolphins coach Brian Flores tempered expectations by mentioning what has kept the young signal-caller from overtaking the wily veteran.

“He has to do a better job getting guys in and out of the huddle, his communication, body language. There were some plays there he didn’t like and we just have to move onto the next play,” Flores said of Rosen. “At that position, that’s something that’s part of the evaluation, as well.”

Body language might be the most interesting of the intangibles that Flores mentioned because Rosen in practices has thrown his hands up if his offensive line gives up consecutive sacks or commits an untimely false start.

“I’m very competitive, so I have always worked [on] that throughout my entire athletic career since I’ve been a young kid — not letting my highs get too high or my lows get too low,” Rosen said. “A lot of [being a quarterback] is about leading and about trying to keep a steady ship and keep that forward momentum, regardless of what’s going on around you because a lot of people are looking to you to kind of be that rock. That’s what Coach Flores was referring to. He wants me to kind of be steadier and just execute and be a positive force.”

A lot of quarterbacks wear their emotions on their sleeves, but for Flores, this is a “very important” part of the evaluation to decide the Dolphins’ starter.

“We’re going to have bad plays and we’ve got to move onto the next one, period,” Flores said. “At the quarterback position, they’re all looking at you. That’s something that they have to be conscious of. I talked to him about that, I talked to all of the quarterbacks about that, as well as the leaders on the team.”

If this quarterback battle was about arm talent or potential, Rosen would have the clear edge. However, Fitzpatrick leads when it comes to intangibles such as leadership, experience and Flores’ new one — body language.

A sign of Fitzpatrick’s lead in intangibles came Wednesday during a two-minute drill. Fitzpatrick stepped up in the pocket to avoid pressure on third-and-long and fired a strike to receiver Trenton Irwin for a touchdown. The offense celebrated in the end zone, and Fitzpatrick jumped into the pile to join them. He loves being one of the guys. That’s an intangible thing.

“Well, if being a quarterback was all based on height, weight, speed and arm talent, then I wouldn’t be in the NFL,” Fitzpatrick said. “I have to answer that question by saying the intangibles are very important, because that’s why I’m standing up here in front of you.”

Rosen got significant first-team reps during this week’s joint practices with the Buccaneers for the first time since he became a Dolphin. There have been mixed results, but he has shown an ability to improve when challenged — a trait Flores loves to see.

For example, with Rosen running the starting offense all practice on Wednesday, the second-year quarterback missed an open Kenny Stills down the sideline on a miscommunication. He immediately pointed to his chest signaling “my bad” and ran over to shake Stills’ hands and talk about what he should have seen on that route.

There’s nothing more important for the Dolphins this preseason than evaluating Rosen, and Flores wanted to see how the young quarterback would handle Bucs defensive coordinator Todd Bowles’ exotic looks.

Steady improvement and consistency are two of Flores’ biggest asks of Rosen. Funny enough, Rosen believes he gets better in those areas by learning from his main competition — Fitzpatrick.

“He’s probably one of the best mentors I’ve had in the sport, and he’s been an unbelievable teammate and very selfless in helping me so much. It’s pretty impressive how he can just sort of walk up to the line and see it and just know what front, what coverage — everything they’re trying to do,” Rosen said of Fitzpatrick, “and I’m just trying to get to that level.”

The Dolphins are hopeful Rosen can evolve into that special player — with production and intangibles.

Sean McVay on Jared Goff: Everything is being…