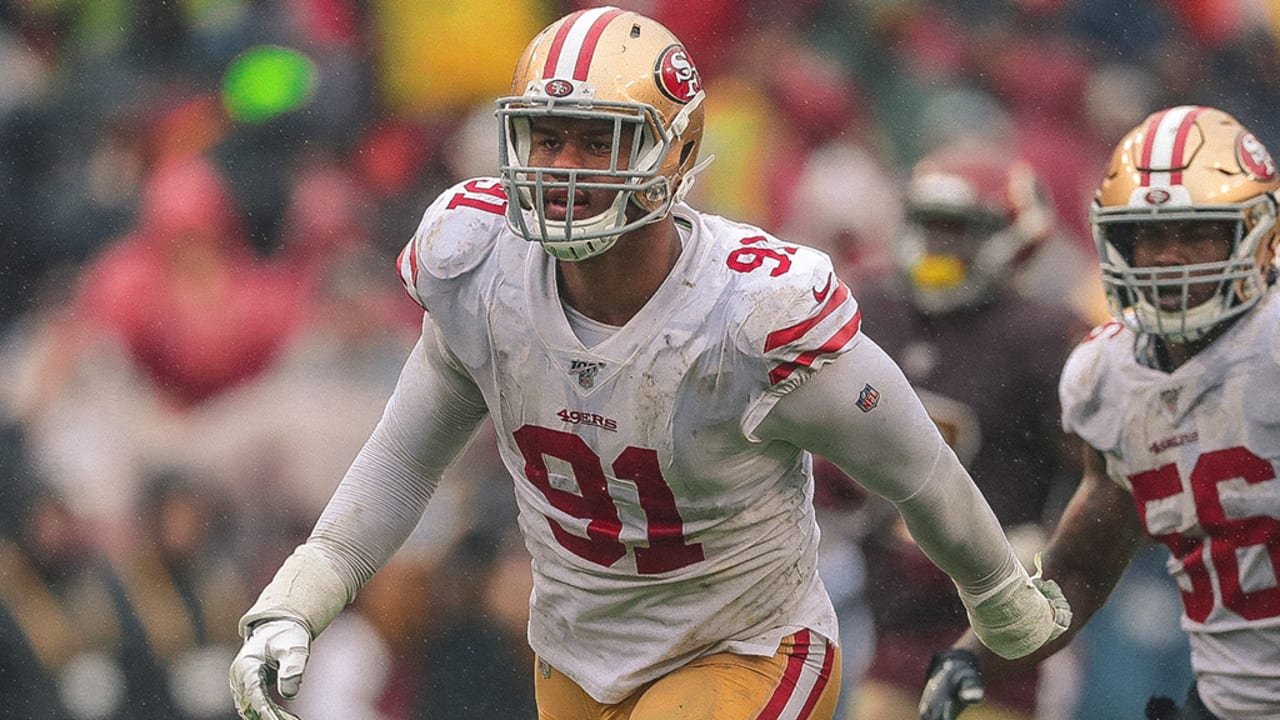 Weather played a major factor is the San Francisco 49ers Week 7 contest against the Washington Redskins. The low-scoring muddy matchup resulted in an ugly win for San Francisco, their sixth straight of the season. Jeff Deeney of Pro Football Focus recognized several 49ers who were key in Sunday’s slippery win. Here are the top performers from the victory:

Armstead earned a top grade for the third-straight week following his Week 7 performance in Washington. The fifth-year defensive lineman totaled three tackles and a sack against Case Keenum. Armstead has a 90.3 overall grade on the year which is tied for fourth among edge defenders (Dee Ford – fourth). He also has earned a 91.7 grade against the run this season which ranks first among edge defenders.

The 49ers didn’t have many opportunities to rush the passer due to the weather, however Blair was a standout in his numbered snaps. Blair only played in 12 snaps on Sunday, but the fourth-year defensive lineman earned a noteworthy 84.1 overall grade. According to Deeney, the Redskins game plan was to run the ball and to utilize quick, short passes to neutralize the pass rush. Keenum had only 15 dropbacks on Sunday and the average time from snap-to-release on his 12 throws was just 2.13 seconds, the quickest of any quarterback this week. The 49ers were still able to manage three sacks on those 15 dropbacks. San Francisco’s “time to sack” (time from snap until sack) was 2.43 seconds, fastest of any defense in Week 7.

Williams continues to impress in his third season in San Francisco. The nickel corner allowed just 16 receiving yards on his five targets against Washington to go along with three tackles.

In his fourth start while filling in for veteran tackle Joe Staley (fibula), Skule earned the top grade among offensive starters. Skule also registered a pass blocking grade of 84.6.

Taylor may be overlooked behind the surfeit of first-round talent on San Francisco’s defensive line, but Taylor was a standout in his six snaps on Sunday. Taylor recorded a game sealing fumble recovery and was key in the 49ers fourth-down stop against Adrian Peterson.

“Definitely, that 4th-and-1 was as impactful of a play as there was in the game,” Kyle Shanahan said of Taylor’s performance. “Ronnie Blair made a good play on that too, the whole defense did. What he did in that jam front versus the center, how he got around there, didn’t fall and got that back in the backfield was a very impressive play. Probably would’ve got out there more, we just got off the field pretty fast.”

Both teams struggled to get much going through the air given the inclement weather conditions on Sunday. Garoppolo struggled in the first half throwing for just 10 yards in the first quarter followed by an interception to open up the second half. Garoppolo managed to finish the game strong, completing 8-of-8 passes for 113 yards int he remainder of the second half. The quarterback finished the game 12-of-21 passing for 151 yards to go along with 20 yards on the ground.