The plan is to build Gurley’s workload so he’s prepared for the season opener against the Carolina Panthers, then is able to remain available through the season and into the playoffs. But Gurley and his left knee aren’t the only beneficiaries of his lightened training camp load.

Longtime backup Malcolm Brown and rookie Darrell Henderson have shared a bulk of the snaps with the starting offense in Gurley’s absence.

“The biggest learning point in this game is just having experience,” Brown said. “So being able to get the reps during practice when T.G. has those off days, I’m thankful for it, because it’s not doing anything but getting me better.”

Clay: My draft board | 13 breakouts

Brown and Henderson could find themselves playing a significant role depending on the status of Gurley, although coach Sean McVay won’t commit to any increased playing time.

“That’s to be determined,” McVay said, when asked if Brown in particular could play a larger role this season on offense. “That’s a product of some of the other things that end up happening.”

The Rams matched an offer sheet from the Detroit Lions to keep Brown, a restricted free agent this offseason, paying him $3.3 million for another two seasons.

Brown, a 5-foot-11, 222-pound fifth-year pro, has enjoyed McVay’s starter treatment in preseason games. He has not played a snap, and is unlikely to, as McVay has attempted to shield most of his key players from injury.

Brown said sitting out the preseason has increased his confidence.

“It’s not just confidence in myself but these coaches and my teammates that have confidence in me,” Brown said. “And for the coaches to look at me as a player who may have a crucial role and not playing in the preseason and everything, that’s something I’m happy about, and it just kind of shows that the coaches have trust in me and confidence in me.”

Brown could have had a breakout last season when Gurley was out. But Brown was not available after suffering a clavicle injury in Week 13 against the Lions. His absence played a large role in the Rams signing free agent C.J. Anderson, who produced back-to-back 100-yard rushing performances against the Arizona Cardinals and San Francisco 49ers with Gurley and Brown sidelined.

“The more you’re around Malcolm, the more you appreciate him,” McVay said. “He can compete well in really all three phases. That’s as a runner, as a receiver and then if he’s asked to be involved in the protection element.”

Last season, Brown rushed for 212 yards in 43 carries and caught five passes for 52 yards and a touchdown in 12 games. He also was a standout on special teams.

“Malcolm’s been just Mr. Consistent ever since I’ve been here and has always filled in that role and that void if Todd is ever not able to go,” quarterback Jared Goff said. “I feel as comfortable with him and everything as I do with Todd.”

McVay called Henderson, a third-round pick from Memphis, the “change-of-pace back” he’s been in search of since he took over in 2017. But it remains to be seen what kind of impact the 5-foot-8, 208-pound Henderson can make as a rookie.

He came off the bench in the preseason opener against the Oakland Raiders and rushed for 13 yards in six carries. McVay noted some bright spots, but pointed to the nuances of the position as things Henderson must improve on.

He showed progress in Week 2 of the preseason against the Dallas Cowboys, when he rushed for 16 yards in six carries and caught all six of the passes he was targeted on for 38 yards — including an impressive 26-yard reception on third down.

“For the most part, he made some big-time catches, you could feel him in the pass game,” McVay said. “Not a whole lot of space in the run game, but I think overall, good ball security. It was a step in the right direction where he was on the screws with his assignments.”

Henderson said he has been able to adjust to the speed of the NFL quickly because of four joint practices with the Los Angeles Chargers and Raiders that preceded preseason games.

“I wouldn’t say [speed] was faster because from practice seeing the defense fly everywhere and like, going against the Raiders, I think it was kind of — it kind of had slowed down for me because seeing those guys fly around,” Henderson said. 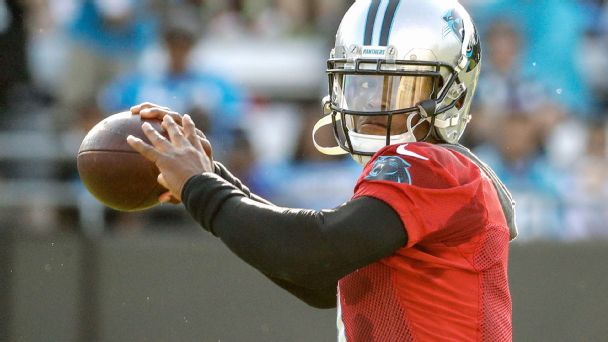 Running back John Kelly, a sixth-round pick in the 2018 draft from Tennessee, also is making a push to secure a roster spot and a place in the rotation. Against the Cowboys, Kelly rushed for 11 yards in five carries and caught one pass for nine yards.

“He had some big-time catches that he ended up creating afterwards to get us in some third-and-manageables on a second-and-long,” McVay said. “He had some tough runs early on where he bounced it out on the perimeter on some of our downhill, direct runs.”

Brown called his training camp experience “Real solid” and said it was probably his “Best one yet.”

But, like McVay, he could not commit to an idea of increased playing time, despite the increase in practice reps.