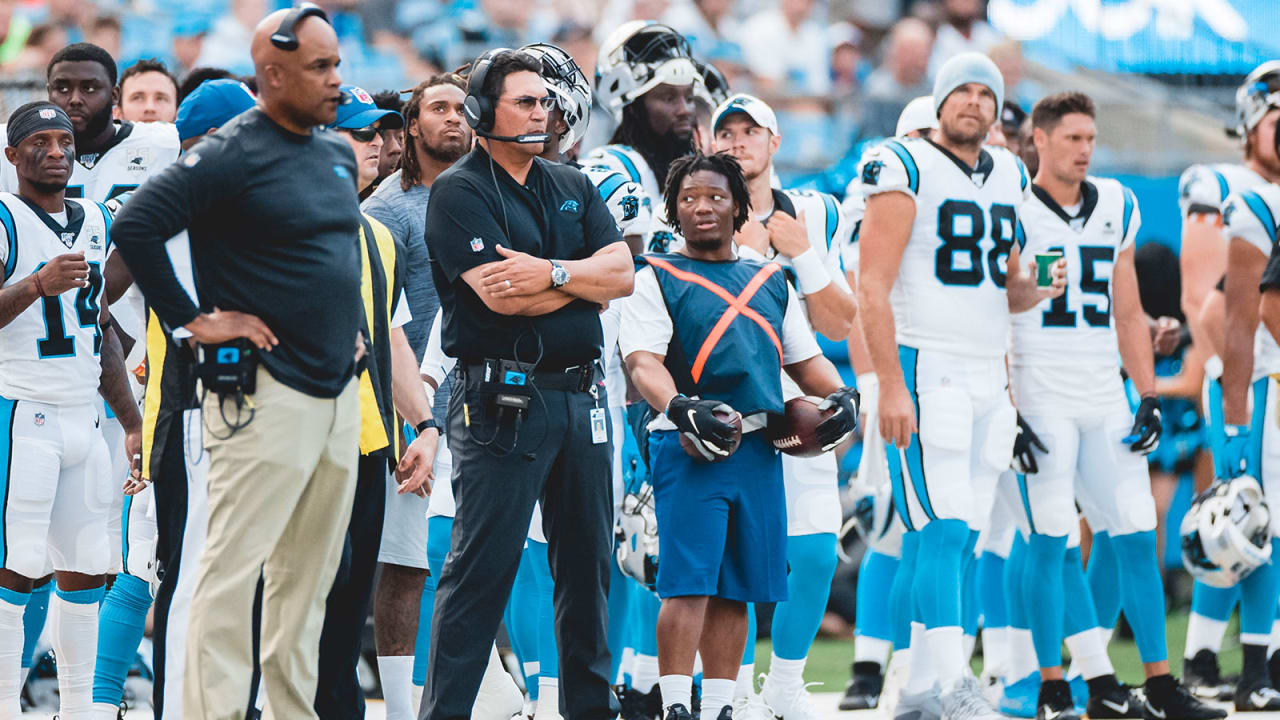 The Panthers have lessons to learn from their 27-14 defeat to Buffalo. They were outplayed. But vanilla play-calling and the restrained nature of preseason football can’t be ignored.

“Part of it being preseason is finding out where we look great and where we look terrible,” defensive tackle Gerald McCoy said. “I’ve been a part of preseasons where we look like we’re unstoppable. Then we get to the regular season and we’re like, ‘What happened?’

“It’s preseason. You get a good gauge of where you’re at. Really, it’s a glorified practice. You want to come out and play well but you don’t panic. It’s early. It doesn’t count until the Rams come here.”

Most of the attention will be on the offense – specifically the quarterbacks – after Friday’s game. Newton didn’t play for the second straight week and Kyle Allen and Will Grier, who are battling for the backup job, both struggled. Combined, Allen and Grier completed just 13 of 30 passes.

And Smith is right. The offense has blame to pass around.

“You evaluate the technique and the execution, and obviously today wasn’t the best in terms of production,” Smith said. “Coaches always say, ‘Keep the easy stuff easy,’ and we didn’t.”

The defensive players had similar things to say after the game.

“I’d give us an F,” Short said. “I feel like we came out dead and that’s something we can’t do. Missed tackles, missed alignments, being in the wrong spot.

“We didn’t come out and set the tone.”