THOUSAND OAKS, Calif. — Todd Gurley tucked the football into his left arm, then defended himself to his right.

The Los Angeles Rams running back delivered a posterizing stiff arm to the helmet of Tre Flowers, keeping the Seattle Seahawks cornerback at arms length as Gurley muscled his way across the goal line.

“I had to go Derrick Henry style with the stiff arm,” said Gurley, referring to the Tennessee Titans running back. “I thought [Flowers] would try to punch out the ball.”

Gurley’s 7-yard touchdown run gave the Rams a commanding lead in a win over the Seahawks last Sunday, and provided notice Gurley hasn’t gone away.

Gurley’s run was powerful. It was assertive. It was game changing.

“It’s just like, ‘WOW,'” defensive tackle Aaron Donald said. “For you to be able to stiff arm a grown man and throw him down and score a touchdown, that’s pretty crazy.”

“I loved it,” Rams coach Sean McVay said. “We needed it.”

But more than anything, as Goff so deftly pointed out, it was vintage Gurley. If only for a moment.

Signature plays from Gurley, the kind that highlighted his last two seasons under Rams coach Sean McVay and earned him 2017 NFL Offensive Player of the Year, have been few-and-far between throughout the Rams’ 8-5 season.

In fact, the stiff-arm delivery last Sunday was the only vintage Gurley move seen in 2019.

As McVay’s offense has sputtered and struggled to find an identity a season after powering the Rams to the Super Bowl, Gurley — who rushed for more than 1,200 yards in each of the last two seasons — has 721 yards rushing in 13 games (inactive in Week 6, left thigh bruise).

He had been relegated to a role player, a running back who made record money, but was expected to share carries with Malcolm Brown and rookie Darrell Henderson.

But something has changed recently. In three of the Rams last four games, McVay’s playcalling has returned to Gurley, who signed a four-year extension that included a then NFL-record $45 million in guarantees, before last season.

The Rams face an uphill battle to reach the postseason and Sunday enter their latest must-win contest against the NFC East-leading Dallas Cowboys (6-7) at AT&T Stadium (4:25 p.m. ET, Fox).

The last time the Rams traveled to play the Cowboys, Week 4 of the 2017 season, Gurley was the best player on the field. Gurley hurdled Cowboys’ defenders and raced through their secondary on his way to 215 total yards.

In the third quarter, Gurley caught a seam pass as he cut through the middle of the field, blowing past four defenders on his way to a 53-yard touchdown to jump-start the Rams’ come-from-behind 35-30 victory.

“I just remember thinking, ‘Wow,’ I mean it was like he was shot out of a cannon,” McVay said Thursday. “When you sit back as a coach, and you’re thinking, ‘Damn, I’m glad he’s on our team’ that was a really good play and at the moment, too, we really needed that.”

Gurley was the Rams leading rusher and pass-catcher that day, delivering a signature performance that helped the McVay-led Rams serve notice to the NFL that they had arrived.

The last time Gurley rushed for 100 yards was against the Cowboys in the divisional round of last season’s playoffs, when he shared carries with C.J. Anderson, but still managed to break off 115 rushing yards in a 30-22 win.

Indications are Gurley will again play a prominent role against the Cowboys Sunday.

“The approach for us is that Todd is a big-time player,” McVay said. “He’s shown that he’s feeling good and when he’s doing those kind of things — whether it be through the pass game, through the run game — good things seem to happen for the Rams.”

Gurley has averaged 21 touches over the last four games, compared to 14.9 touches in his previous eight. He had a season-high 28 touches in a win over the Chicago Bears, 20 in a rout of the Arizona Cardinals and 27 in a victory over the Seahawks.

The reason for getting Gurley more involved recently, if you believe McVay, is quite simple.

“Me not being an idiot,” explained McVay, the 33-year-old old coach, who never seemed to lack for good judgement when utilizing Gurley before.

However, it’s not as straightforward as it seems. After all, a day after McVay provided such a self-inflicting explanation, he admitted that he doesn’t really believe himself to be an idiot.

“I was saying in jest,” McVay said, grinning.

The Rams and Gurley have not confirmed reports the All-Pro back is suffering from arthritis or a degenerative condition in his left knee and McVay has flat-out denied Gurley has been placed on a load management program to prolong his season or career.

“No, no. It has nothing to do with that,” McVay said. “Shoot, we’re just trying to win a game. So, certainly it wasn’t ever with the mindset of looking ahead before anything was accomplished.”

It’s no coincidence, nor should it come as a surprise, that the recent three games when Gurley has played a prominent role, the Rams won by comfortable margins.

“Opens everything, it opens everything,” said Goff, whose play has improved sharply over the last two games. “It starts with him and when he’s rolling and we’re rolling in the run game, it opens up everything.” 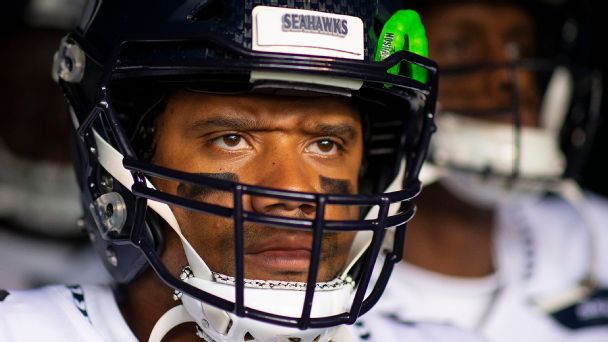 Since 2017, including playoff games, the Rams have experienced resounding success when their game plan utilizes Gurley.

Throughout the ups and downs, Gurley, who has scored 10 touchdowns, down from his NFL-best 21 in 2018, has maintained his cool, at least publicly. He’s provided reminders that he’s not the playcaller. When asked about his knee, he’s said it’s fine.

If there’s anything Gurley has outwardly taken exception to, it’s any notion that the stiff arm he delivered last Sunday was vintage.

“Sounds like I suck and then I made a good play,” said Gurley, with a straight face and a shoulder shrug. “So, yeah, I guess so.”

Chase Young already being declared out is very…