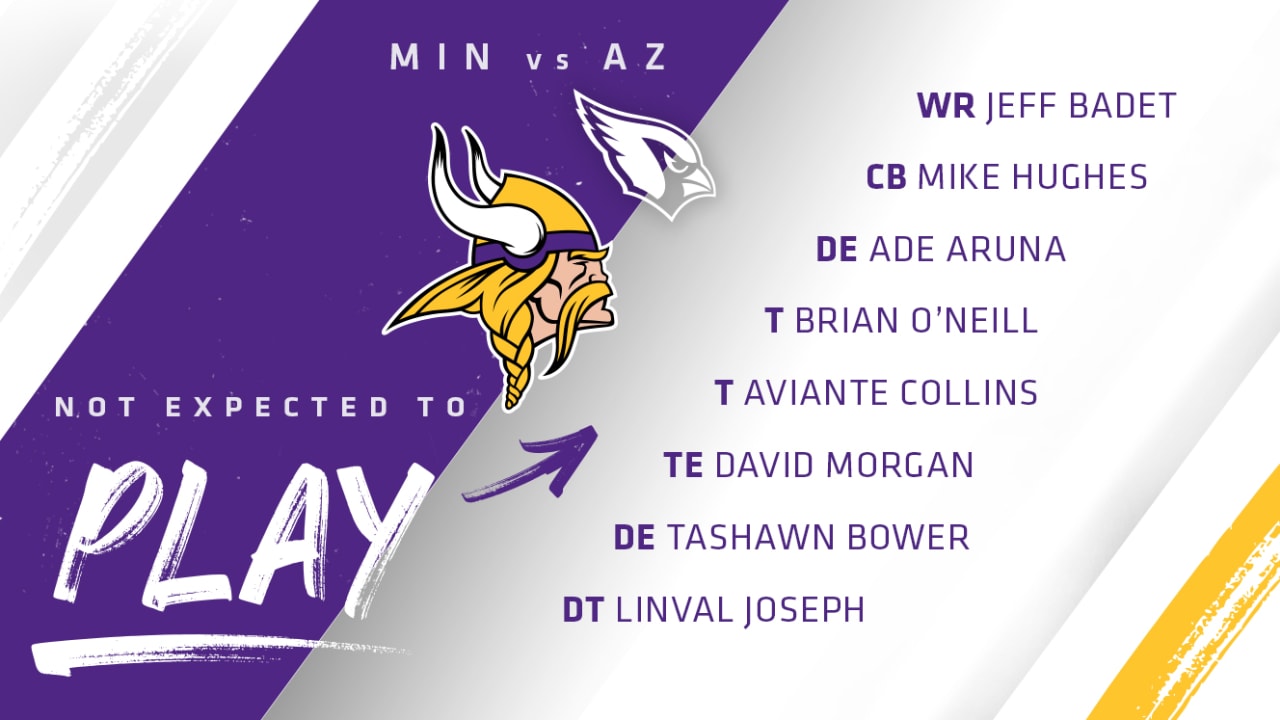 Saturday will be the final dress rehearsal for the Vikings first-team offense heading into the 2019 season.

The starters on both sides of the ball are expected to see extended action.

Minnesota did not list starting running back Dalvin Cook as not expected to play. If the running back plays it will be his first preseason action of 2019.

Starting right tackle Brian O’Neill is not expected to play in the game.

On defense, starting defensive tackle Shamar Stephen is also expected to see his first preseason action of 2019. His partner in the middle of the defensive line nose tackle Linval Joseph is not expected to play.

For the Arizona Cardinals, the team has stated that rookie quarterback Kyler Murray will play “the most he has played this preseason” on Saturday.

Click here to see how you can watch Minnesota’s third preseason game.