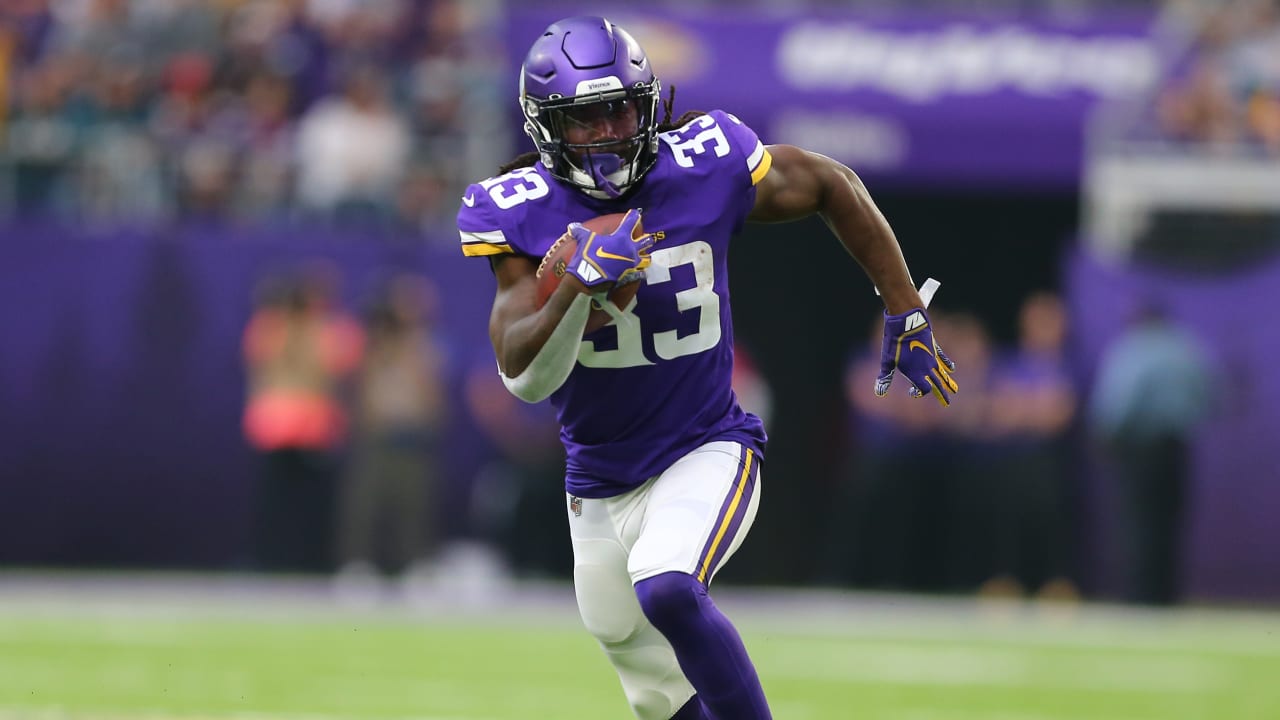 Here’s a look at 10 numbers of note heading into Thursday’s matchup:

725 — Dalvin Cook leads the NFL with 725 rushing yards, already setting his new career high for a season. The third-year running back has passed the 100-yard mark in five of seven games in 2019.

300 — Vikings quarterback Kirk Cousins is the first quarterback in NFL history to have at least 300 passing yards and a passer rating of 130 or higher in three consecutive games, all of which have been Vikings victories. Over his past three games, Cousins has thrown for 976 yards with 10 touchdowns and one interception.

400 — Tight end Kyle Rudolph recorded the 400th catch of his career Sunday when he snagged his 15-yard touchdown reception. Rudolph is tied for sixth in team history with Ahmad Rashad for career receptions.

11 — The Vikings have tallied 11 rushing touchdowns in 2019, already surpassing the nine they had in 2018. Cook leads Minnesota with eight scores on the ground.

7.0 — Defensive end Danielle Hunter has 7.0 sacks this season, which is tied for fourth in the NFL. Hunter has at least one sack in six of seven games thus far.

4 — The Vikings have lost four consecutive games on Thursday Night Football. Minnesota’s last win on Thursday in prime time was a 34-27 victory over Washington in Week 10 of the 2013 season.

154 — Washington produced a season-low 154 yards of offense in sloppy conditions Sunday against San Francisco. The offense had 65 yards on the opening drive, but tallied just 89 yards on the next seven possessions.

61 — Case Keenum and Stefon Diggs connected for the “Minneapolis Miracle,” a walk-off, 61-yard touchdown catch on the final play of the Divisional Round playoff game against New Orleans in January of 2018. Keenum is now Washington’s quarterback, while Diggs leads the Vikings in catches (30) and yards (562) this season.