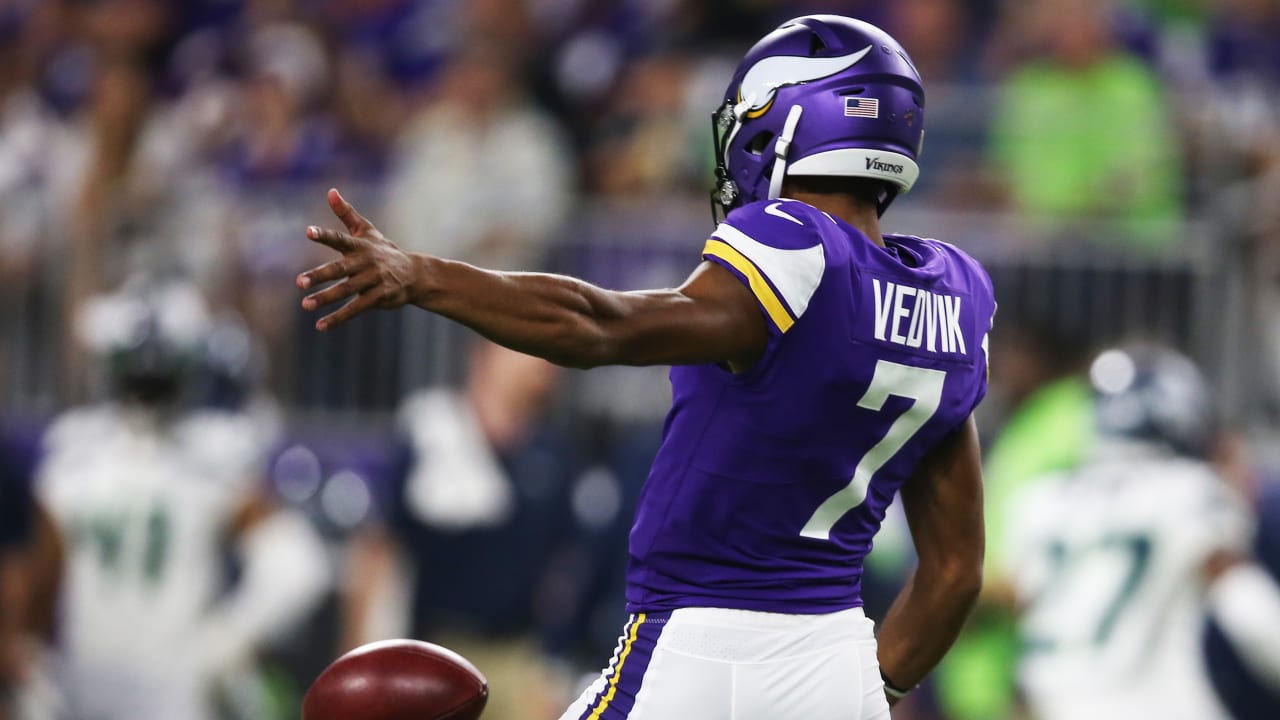 MINNEAPOLIS — The Vikings explored their options on special teams Sunday night in their second preseason game of 2019.

A week after trading to acquire punter/kicker Kaare Vedvik from Baltimore, Minnesota utilized the Norway native on kickoffs, punts and an extra point in a 25-19 win over Seattle.

“Overall, I’m happy. We got out there, and I felt the operations were good,” Vedvik said. “We split the reps accordingly, and I got the PATs and the field goals from the third quarter on out. I got in there, [Chad] Beebe is money with the hold, and all I’ve got to do is kick it straight.

Vedvik handled all five of Minnesota’s kickoffs, knocking his first attempt through the back of the end zone. He recorded touchbacks on two of the five kickoffs in his U.S. Bank Stadium debut.

The Seahawks had returns of 21, 25 and 41 yards on the three kickoffs that did not result in touchbacks.

“I thought he did well,” Head Coach Mike Zimmer said. “He kicked the ball deep, had the one extra point, and then he punted OK, so we’ll just keep looking at him and see where we’re at from there. We won’t make a decision today.”

5 Questions (and Answers) About Jaguars

Offensive rookie of the year is becoming more of a…

Fichtner Says Run Game Must Do Better Job Of…

A video preview of the Giants at Seahawks matchup…