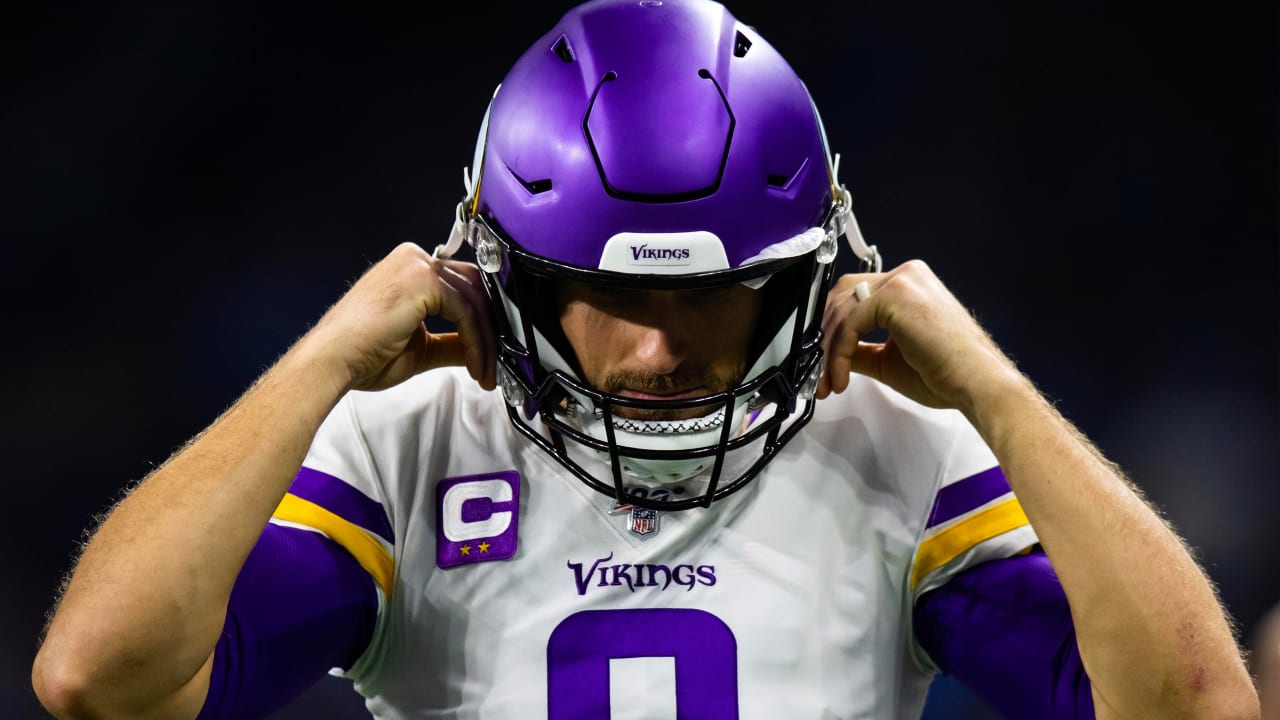 The Vikings are on a three-game winning streak for the first time in 2019.

Minnesota moved to 5-2 on the season after a convincing 42-30 win over the Lions at Ford Field on Sunday. Kirk Cousins threw for four scores for the second straight week.

The Vikings will now have a quick turnaround as the team takes on the Washington Redskins on Thursday night.

The experts released their Power Rankings lists heading into Week 8.

Here’s a look at where the Vikings rank:

The Kirk Cousins Revitalization Project rages on. The quarterback — identified as The Problem in Minnesota three weeks ago — has played as well as any passer in the league during the Vikings’ three-game winning streak, continuing with Sunday’s conquest in Detroit. Cousins absolutely shredded the Lions in play-action, continuing a trend that began (perhaps not coincidentally) at the start of this surge. Over the past three weeks, Cousins has a 157.2 rating on play-action, completing 32 of 42 passes for 592 yards and seven touchdowns without an interception, according to Pro Football Focus. Throw in another huge day from running back Dalvin Cook (25 carries, 142 rushing yards, two rushing TDs), and we’re beginning to see the full potential of this Vikings offense. It’s an attack with a ceiling as high as that of any team in the NFC.

The Vikings gave up 30 points, including four touchdowns to Marvin Jones, and still won fairly comfortably. Now that we’ve seen the offense take off the past few weeks, this is a team with a championship upside. Because we pretty much know what we’re getting out of the defense.

They’ve won two straight games behind the passing of Kirk Cousins. He has been outstanding the past two weeks and now faces his former team in Washington.

For the second week in a row, the Vikings notched a decisive win against a good team. This time it was a 12-point win against Detroit in which the Vikings put up 42 points and posted a jaw-dropping 503 yards of total offense.

That offensive juggernaut has been balanced of late, too. After racking up 142 yards and two scores on 25 carries Sunday, tailback Dalvin Cook leads the NFL with 725 rushing yards. Quarterback Kirk Cousins had another huge outing, passing for 337 yards and four touchdowns.

It’s the latter who has impressed Davenport of late.

“Cousins caught a lot of flak early in the season—and with good reason,” he said. “But he’s been red-hot the last few weeks, and with both the running and passing games firing on all cylinders, the Vikings look less like a paper tiger and more like a legit contender in the NFC.”

“Don’t look now, but the Vikings are in an offensive groove,” Sobleski wrote. “The following are Kirk Cousins’ stats over the last three games: 75.6 completion percentage, 976 yards, 10 touchdowns and only one interception. Obviously, the quarterback took Adam Thielen’s earlier complaints to heart and decided to take more chances down the field.”

Another good outing for Kirk and co., albeit against another meh defense. Stefon Diggs once again led the way at receiver (seven receptions, 142 yards), but the Vikes will be likely be without Adam Thielen on a short week against the Redskins. Good thing it’s the Redskins.

Don’t look now, but Kirk Cousins just had his two best games as the Vikings’ quarterback in consecutive convincing victories. The running game has opened everything in the passing game while easing pressure on Cousins. The defense is starting to feed off that energy, too.

Torrid Kirk Cousins is primed to show Washington what a catastrophic mistake it made by letting him go … assuming Case Keenum and Adrian Peterson don’t have bigger axes to grind at Minnesota.

Four weeks ago, frustrations on offense were front and center in Minnesota. Now this unit looks unstoppable in the midst of an insane stretch by Kirk Cousins where he became the first quarterback in NFL history to record at least 300 passing yards and a passer rating of 135 or higher in three consecutive games. With the way this offense looks at the halfway point, anything short of a playoff berth would be considered a major disappointment. It might take more than 10 wins to capture the NFC North crown, but the way the Lions and Bears are regressing can only benefit the Vikings, who are in prime position to battle down the stretch with Green Bay.

Kirk Cousins suddenly is playing very well and has the Vikings’ offense in gear heading into Cousins’s reunion with his former team, the Redskins, on Thursday night. The playing status of WR Adam Thielen could be an issue in the short week. He hurt his hamstring during Sunday’s triumph over the Lions.

Three straight great performances go out the window if big-play Kirk reverts to prime-time Kurt against the team that drafted him.

Hue Jackson did not mince his words about Baker…