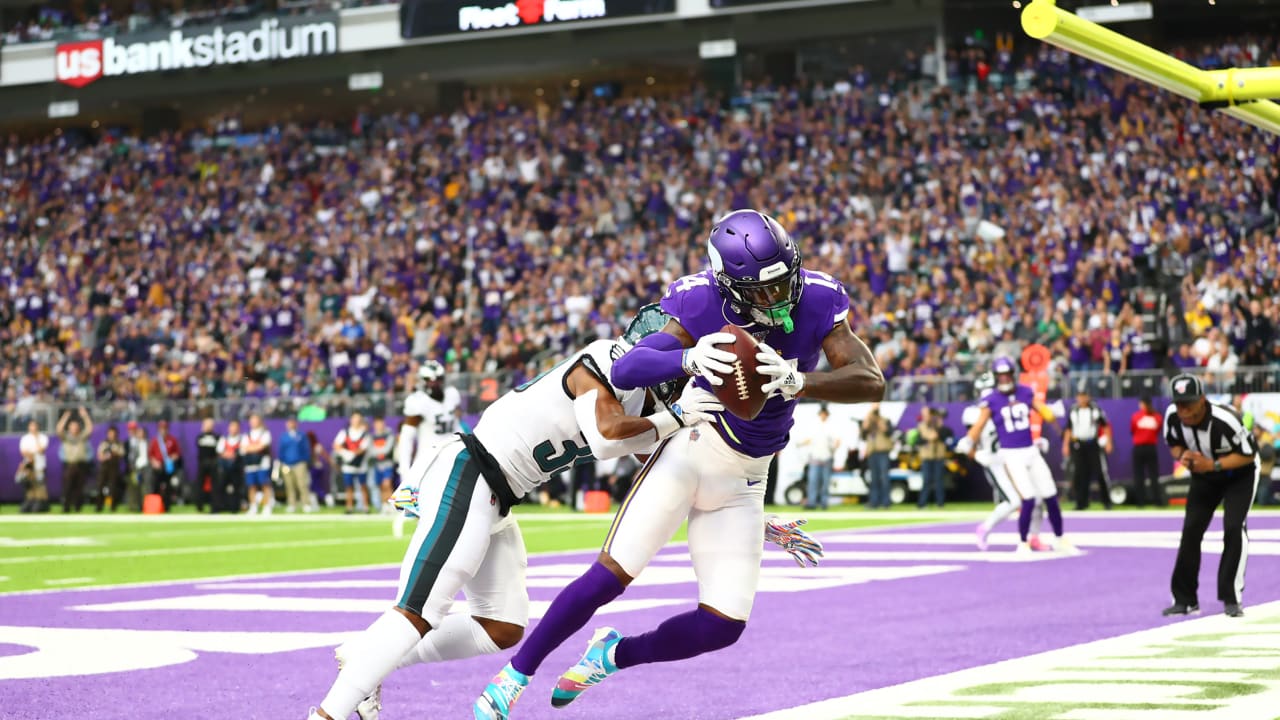 MINNEAPOLIS — Kirk Cousins threw four touchdown passes — including back-to-back bombs of 62 and 51 yards to Stefon Diggs — on a day when the Vikings offense was aggressive and the defense was prepared for the Eagles own aggressiveness.

The result was a 38-20 victory on Sunday at U.S. Bank in an NFC contest that could be potentially pivotal in playoff standings later this year.

Minnesota improved to 4-2, claiming its second win in a row and third of 2019 in as many home games.

The Vikings built a 24-3 lead less than six minutes into the second quarter and withstood a rally by the Eagles that made it 24-20 with 6:19 left in the third quarter.

Cousins finished 22-of-29 passing for 333 yards and threw four touchdowns for the second time in his career with the Vikings (at Green Bay in 2018). He was intercepted once after a deflection. His passer rating was 138.4 a week after compiling a 138.6 in New York against the Giants.

Diggs did have a pair of drops, including one that was intercepted by former Viking Andrew Sendejo near the end of the first half.

Minnesota’s defense rallied, however, forcing a field goal attempt on which Philadelphia tried a fake.

Anthony Harris deflected a pass by kicker Jake Elliott, and Everson Griffen nabbed his second career interception to keep the score at 24-10 heading into halftime.

The Vikings outgained the Eagles 447 to 400, putting up 122 rushing yards against a defense that entered the game allowing a league-leading 63.0 per outing in 2019.

Sterling Shepard is a ‘special player’