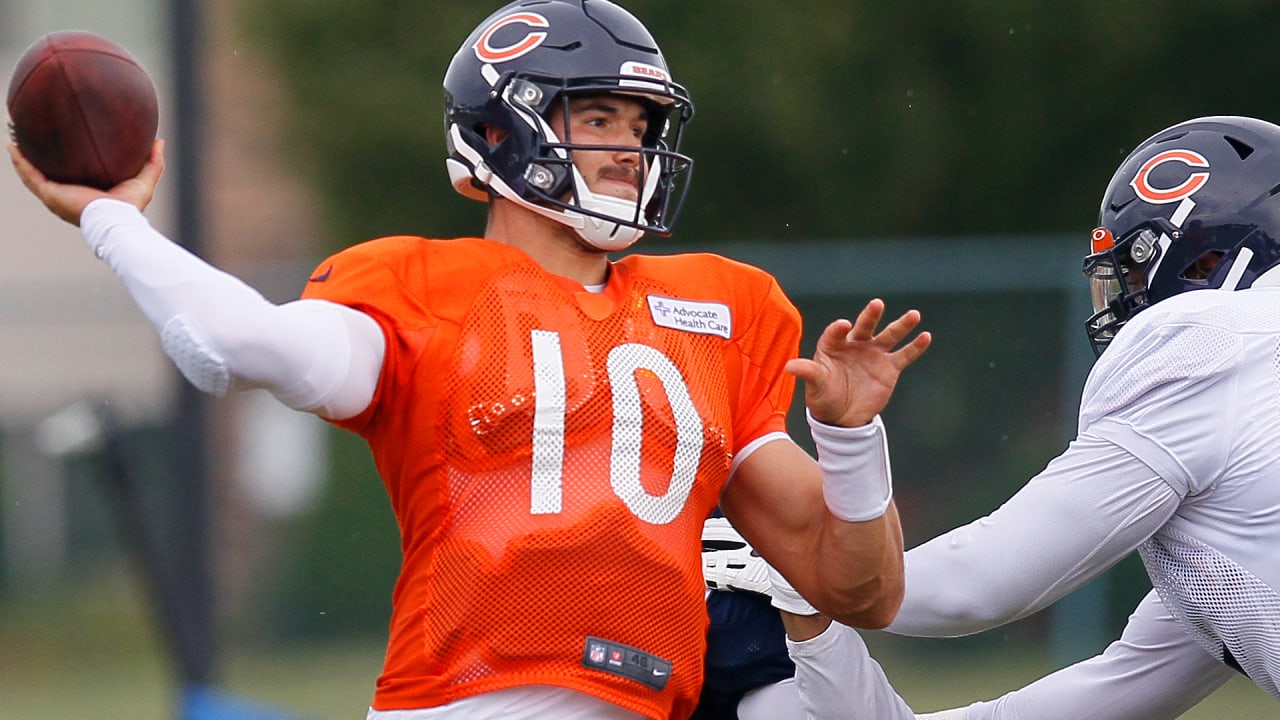 “I always want to play in the preseason,” said Trubisky. “I just think it’s football to me. But even though it doesn’t count, you want to go out there and get the reps.”

Attestations aside, Trubisky made sure to tell reporters that there was no real disagreement about the preseason; he is willing to do whatever Nagy asks of him.

On Tuesday, the site of Trubisky’s preseason preparation changed, as the Bears wrapped up training camp at Olivet Nazarene University and returned home to Halas Hall. Trubisky expressed his excitement at the newly remodeled practice facility, calling it “a football player’s dream.”

Trading the fan-strewn sidelines of Boubannais for the trees that line the practice field in Lake Forest might change the vibe of practices. However, Nagy told reporters that the team was still in training camp mode and that he would pare down the offense—trading complexity for speed—closer to the regular season.

Three weeks into practice, both coach and quarterback feel like their system is on the right track.

“Right now we’re both really happy,” said Nagy. “We’re excited, and I think I’m cautiously optimistic about our offense in general and just our team.”

Before Tuesday morning’s practice, Nagy and Trubisky had a private meeting to check in about the state of the offense. Nagy has encouraged Trubisky to take risks and make difficult throws during training camp, but in their meeting, the coach advised the quarterback to start pulling back.

“We’re going to continue to have those meetings and those conversations,” said Trubisky. “and stay on the same page. He lets me know where I’m at and where we want to go and how we want to build this offense into what we want it to be.”

Trubisky made mention of his full cupboard of offensive weapons. The Bears brought back their top five leaders in receiving yards from the 2018 season. The team also added Cordarrelle Patterson in free agency, Riley Ridley through the draft, and may see previous draftee Javon Wims take more playing time in his second season in the league.

“(Nagy) just wants me to go out there and be the point guard,” said Trubisky. “Distribute the ball to our playmakers, and that’s really all I’ve gotta do within this offense. Just stay on top of everything.”

Even without a preseason, Trubisky could hardly ask for a better defense against which to test himself. Throughout camp, the quarterback has gotten his fair share of exposure to blindside pressure, charging nose tackles, and ballhawking safeties. Put together, it might be the best argument that he doesn’t need the preseason at all.

“We’re definitely getting challenged enough,” said Trubisky. “That’s not even a question.”

Tags: he me trubisky