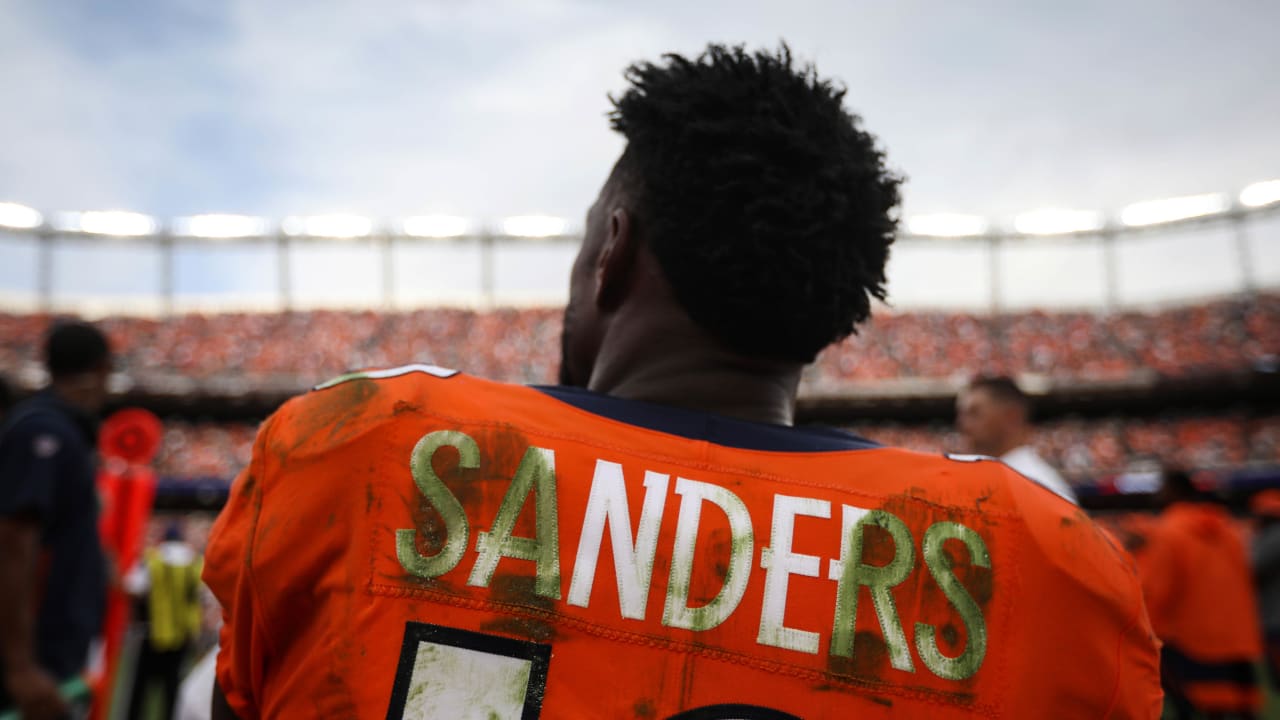 ENGLEWOOD, Colo. — President of Football Operations/General Manager John Elway said Tuesday that the Broncos did “the best thing for our football team” by trading wide receiver Emmanuel Sanders to the San Francisco 49ers.

The Broncos received a third- and fourth-round pick in the 2020 NFL Draft in the deal and sent a fifth-round pick to the 49ers.

Elway said the team’s current standing and the value San Francisco offered made the trade the right move for the team. He said “more than two teams” were interested in trading for Sanders.

“He did a nice job for us,” Elway said of Sanders. “Emmanuel had a lot of catches and played hard. He was a competitive guy. He did a good job while he was here. We thought it was the best move again for us as well as for Emmanuel. Emmanuel was very good for the five-and-a-half years that he was here.”

Sanders communicated a desire to be traded ahead of Tuesday’s move, Elway said.

Without Sanders, the Broncos will rely more heavily on Courtland Sutton, DaeSean Hamilton and a slew of other young receivers. Sutton ranks sixth in the NFL in receiving yards. Elway also said he expects Tim Patrick to return to the active roster from injured reserve at some point after the bye week.

Elway made it clear that the Broncos’ decision to trade Sanders did not mean they were giving up on the 2019 season.

“The bottom line is we’re still trying to win football games and we’re not throwing in the towel by any means,” Elway said.

The move, though, puts the Broncos in good position for the 2020 NFL Draft. Denver now holds seven picks in the first four rounds.

“It puts us in good shape there and we still think we’re still good enough to compete and go win football games,” Elway said. “We know we can pick up the slack for Emmanuel. It’s just pressure on the other guys on this football team to step up.”

Elway, meanwhile, did not rule out further moves ahead of the Oct. 29 trade deadline.

“Possibly,” said Elway when asked if he would make any more trades. “I don’t know yet. We’ll see how it goes.”

Tags: he said was

On game-deciding fourth down, Fangio dials up…

If Drew Lock starts, what version of him will the…

Broncos moving forward with ‘assumption and…