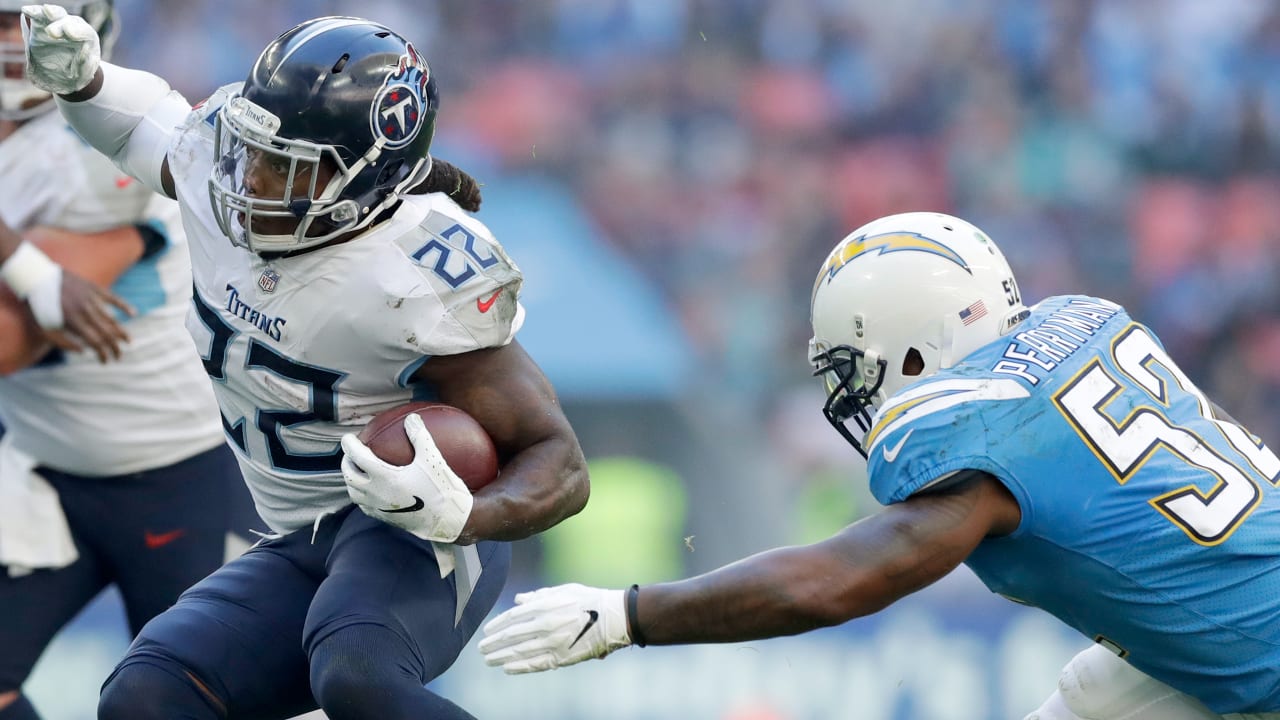 NASHVILLE — The Tennessee Titans (2-4) will play four of their next five games at home, beginning this week when they host the Los Angeles Chargers (2-4) in a late afternoon matchup. Kickoff at Nissan Stadium (capacity 69,143) is scheduled for 3:05 p.m. CDT on Sunday, Oct. 20.

Within the two teams’ local television markets, fans can livestream the game on their mobile devices from the Titans app (iOS devices) and the Yahoo! Sports app (iOS and Android devices). Restrictions apply. For more information visit TitansOnline.com.

The Titans Radio Network, including Nashville flagship 104.5 The Zone, will carry the game across the Mid-South with the “Voice of the Titans”Mike Keith, analyst Dave McGinnis, sideline reporter Amie Wells *and gameday hosts *Rhett Bryan and Jonathan Hutton.

Compass Media Networks will broadcast the game to a national radio audience. Play-by-play announcer Chris Carrino and analyst Brian Baldinger will have the call.

TITANS LOOKING TO GET BACK IN WIN COLUMN

The Titans traveled to Denver last week and suffered a 16-0 defeat at the hands of the Broncos. The Broncos used three field goals by Brandon McManus, a rushing touchdown by Phillip Lindsay and three interceptions on defense to thwart the Titans’ plans of returning home with a .500 record.

In the loss, the Titans defense limited the Broncos to only 11 total first downs. It was the lowest total allowed by the Titans since Oct. 9, 2016 (eight at Miami).

Additionally, the Titans kept their opponent to 20 or fewer points for the sixth consecutive game to begin the season. Since 1999, there have been only two other Titans squads that did not allow more than 20 points in any of their first six games: the 2000 team (seven games) and the 2008 team (six). The Titans are one of only four NFL teams to hold opponents to 20 or fewer points in every game this season, along with the Buffalo Bills, New England Patriots and San Francisco 49ers.

During the third quarter in Denver, quarterback Ryan Tannehillentered the contest in relief of Marcus Mariota. Tannehill, who was acquired in a trade with the Miami Dolphins during the offseason, saw his first significant action of the season and completed 13 of 16 passes for 144 yards with one interception.

The Chargers hosted the Pittsburgh Steelers last week on Sunday Night Football. Quarterback Philip Rivers passed for 320 yards and two touchdowns, but the Steelers prevailed by a final score of 24-17.

Rivers is in his 16th NFL campaign. The Decatur, Ala., native is an eight-time Pro Bowl selection and ranks eighth in NFL history with 56,441 passing yards.

Anthony Lynn is in his third season as the head coach of the Chargers. In 2018, he guided the club to a 12-4 record and the franchise’s first postseason berth in five seasons. The Chargers advanced to the divisional playoff round before falling to the eventual Super Bowl champion New England Patriots.

Like the Titans, the Chargers earned their wins in Week 1 (against Indianapolis) and Week 4 (at Miami). They dropped consecutive games in Weeks 2 and 3 (at Detroit and against Houston) and again in Weeks 5 and 6 (against Denver and Pittsburgh).

Prior to the game, fans are encouraged to participate in the team’s annual food drive for Second Harvest Food Bank of Middle Tennessee by dropping off non-perishable food items at one of several collection sites near the Nissan Stadium entrances. Volunteers will collect donated items before the game and until 15 minutes after kickoff.

Should Ravens Trade for a Wide Receiver?