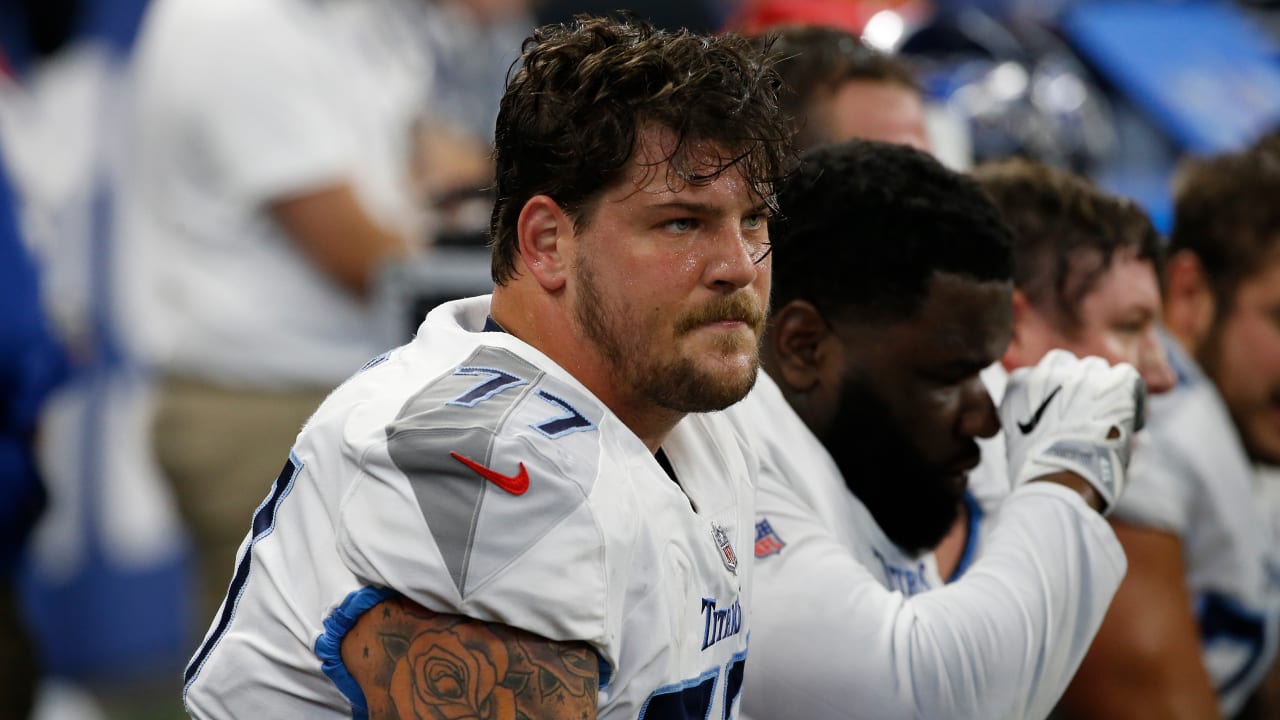 NASHVILLE – Titans left tackle Taylor Lewan has officially been suspended for the first four games of the 2019 season.

The NFL has notified the team of its decision, following an unsuccessful appeal by Lewan. Lewan’s suspension is for violating the league’s policy against performance-enhancing substances.

Here’s the official statement from an NFL spokesperson:

“Taylor Lewan of the Tennessee Titans has been suspended without pay for the first four games of the 2019 regular season for violating the NFL policy on performance-enhancing substances. Lewan is eligible to participate in all preseason practices and games. He will be allowed to return to the Titans’ active roster on Monday, Sept. 30, following the team’s Week 4 game at Atlanta.”

At the start of training camp, Lewan went public about his looming suspension, while offering an apology to his teammates, fans and the organization.

He wasn’t optimistic about his chances on winning the appeal.

“It’s a really horrible situation to feel like this, and to walk into the locker room and tell those guys you’re not going to be with them for four games – it breaks my heart,” Lewan said last month. “It’s tough, man. But I’ve been very candid with Jon (Robinson) and (Mike) Vrabel and Amy (Adams Strunk) and told them right away.

“I don’t want the legacy, or whatever I have done in the last five years, to be tarnished because of this, because of something like this, that was a complete accident that I’m going to try and make up for.”

Lewan posted a video last month and said he received a letter from the NFL a few weeks ago saying he’d failed a drug test for ostarine.

At a press conference at the start of training camp, Lewan said he’s innocent, but the three-time Pro Bowler knew he’d likely miss the first four games of the season. Lewan said he “didn’t take anything knowingly” to “cheat the game.”

The Titans open the 2019 season on September 8 at Cleveland before games against the Colts, Jaguars and Falcons.

Lewan will be eligible to play for the first time this season on October 6 vs. Buffalo.

“It’s going to kill me,” Lewan said. “It’s going to be a horrible situation to sit there on Sundays and have to watch on a TV. To come to a facility that I’ve been coming to for five, knowing that I am not allowed to come in. It’s going to break my heart. It breaks my heart now just talking about it.

“I never meant any ill intention by this, and I am taking full responsibility for the suspension. … I am not running from anything. But it is going to absolutely kill me to know that I won’t be out there to help the boys out. If there is a loss, you’re always going to wonder: ‘Is there something I could have done?’ That’s a heartbreaking thing.”

Anthony Lynn not ready to rule out Tyrod Taylor…

Ravens close to within 27-20 early in fourth…

L’Jarius Sneed is out with a collarbone injury