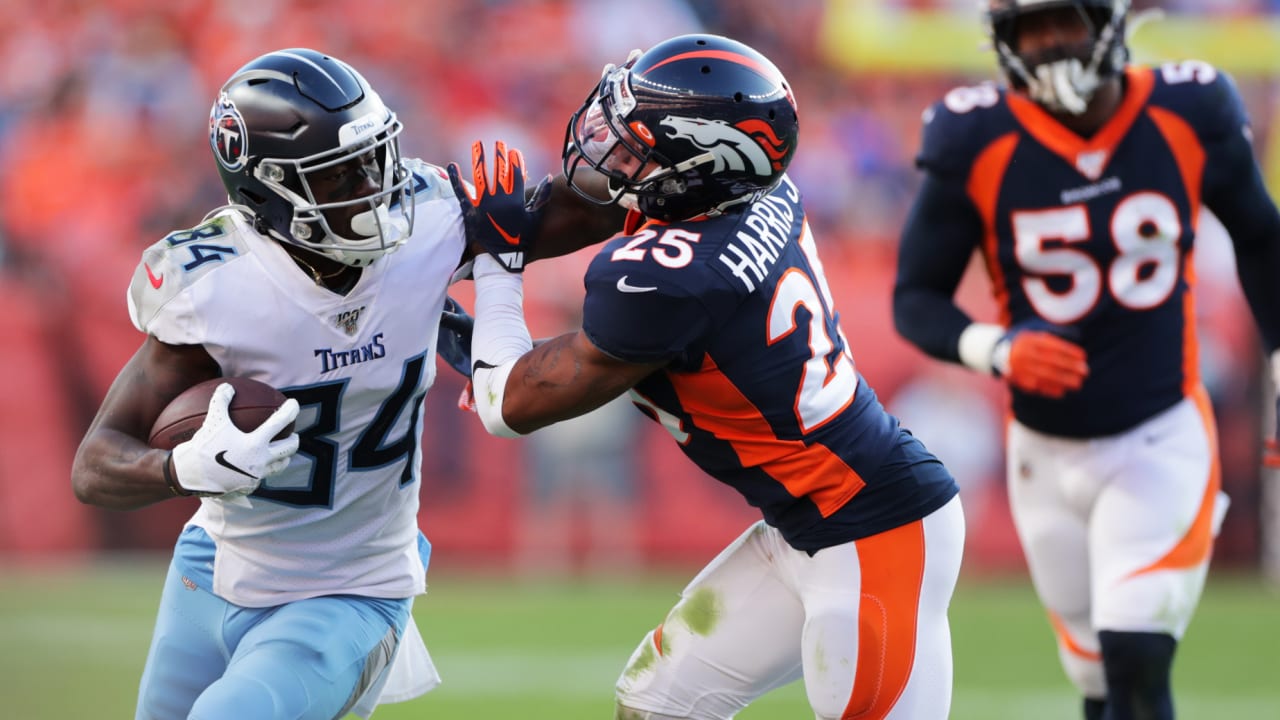 DENVER – The Titans hit a low point in the Rocky Mountains.

A dreadful performance on offense produced a quarterback change, but not a victory – the Titans lost 16-0 to the Broncos at Empower Field at Mile High.

The Titans replaced starting quarterback Marcus Mariota with back-up Ryan Tannehill in the third quarter of Sunday’s game. It was Tannehill’s first action since the Titans traded for the former Dolphins quarterback earlier this offseason.

Tannehill couldn’t engineer a comeback, however, as the Titans dropped to 2-4 on the season.

The Broncos led 6-0 at the half on a pair of field goals from kicker Brandon McManus, from 31 and 53 yards.

Meanwhile, the Titans struggled on offense. Mariota was sacked three times in the first half, and the team couldn’t get anything going.

The Broncos stretched their lead to 13-0 on a two-yard touchdown run by running back Phillip Lindsay, and another kick by McManus made it 16-0 with 4:53 left in the contest.

Titans safety Kevin Byard did his best to provide a spark early in the second half when he intercepted Broncos quarterback Joe Flacco on Denver’s first possession. Byard caught the ball after it bounced off the back of Denver tight end Noah Fant.

But the Titans couldn’t capitalize.

Mariota completed just 7-of-18 passes for 63 yards and two interceptions and a 9.5 rating before being replaced with 4:49 in the third quarter, with the Titans trailing 13-0.

Mariota threw his first interception of the season at the end of the first half, and he was intercepted again in the third quarter.

The Titans face the Los Angeles Chargers next Sunday at Nissan Stadium.

Titans Launch ‘Suitestakes’ Ahead of Sunday’s…

A Look at the Pittsburgh Steelers