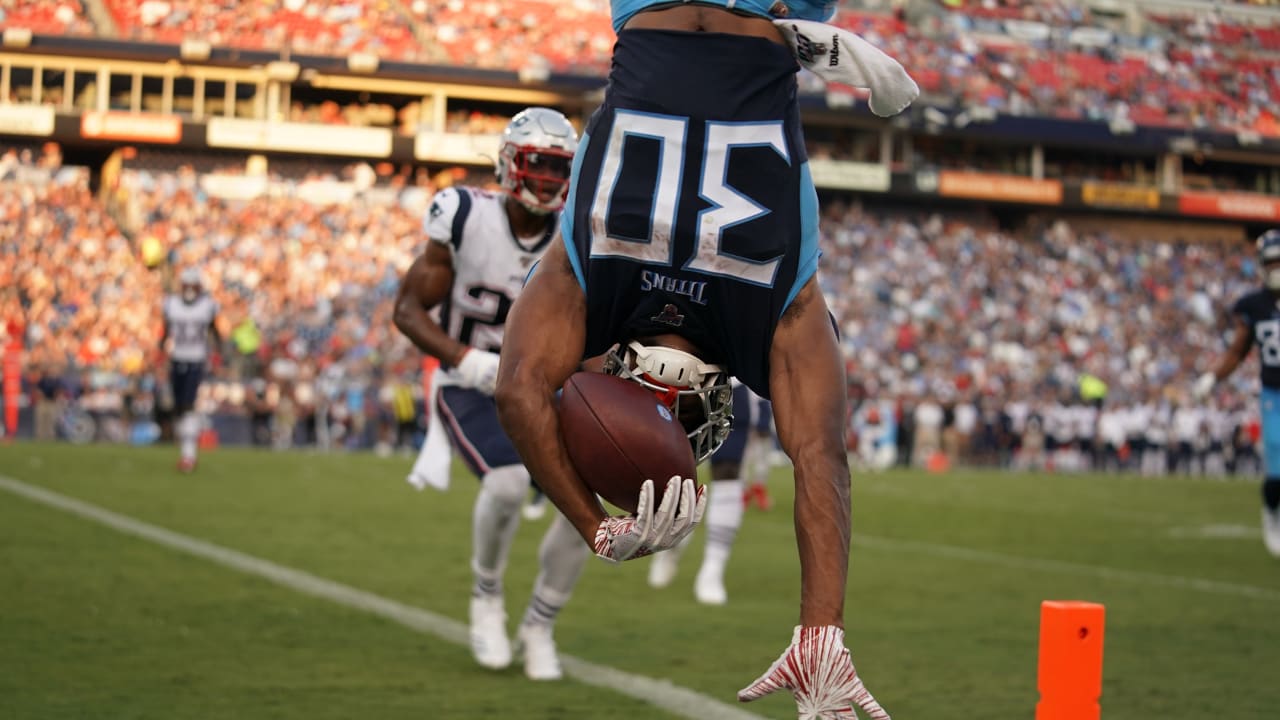 On the play, Mariota flipped over the goalline after being hit by Patriots defensive back Duron Harmon, causing fans at Nissan Stadium to hold their collective breath. But Mariota was just fine, and his passer rating (123.8) in three series of action was good, too. Mariota played just one series in the preseason opener at Philadelphia.

“I was getting more grief from my teammates – they told me not to do it again,” Mariota said of the leap, and landing. “I was trying to make a play. In the moment, I played instinctively and tried to get the points.”

Walker’s touchdown was one to celebrate – it was his first game back since Week One of last season, when he suffered a broken ankle in the regular season opener at Miami.

“It felt good just to be out there and get that old feeling back,” Walker said. “I never doubted it.”

Not to be outdone by Mariota’s flip into the end zone, McNichols had an acrobatic score as well, as he flipped into touchdown territory on his 15-yard touchdown catch on a ball thrown by quarterback Ryan Tannehill, who replaced Mariota at the start of the second half. The score gave the Titans a 15-8 lead, and they expanded on that lead with a safety in the second quarter after New England was called for holding in the end zone.

On his score, McNichols dove from the two-yard line and crossed the goalline as he sailed out of bounds, an athletic move that drew smiles from everyone, including Mariota, who watched the rest of the game in a baseball cap after an early departure.

“I felt like I was in the air for 10 minutes,” McNichols said. “I didn’t know if I’d scored until I heard the crowd. My teammates were like: ‘Good job, good job.”