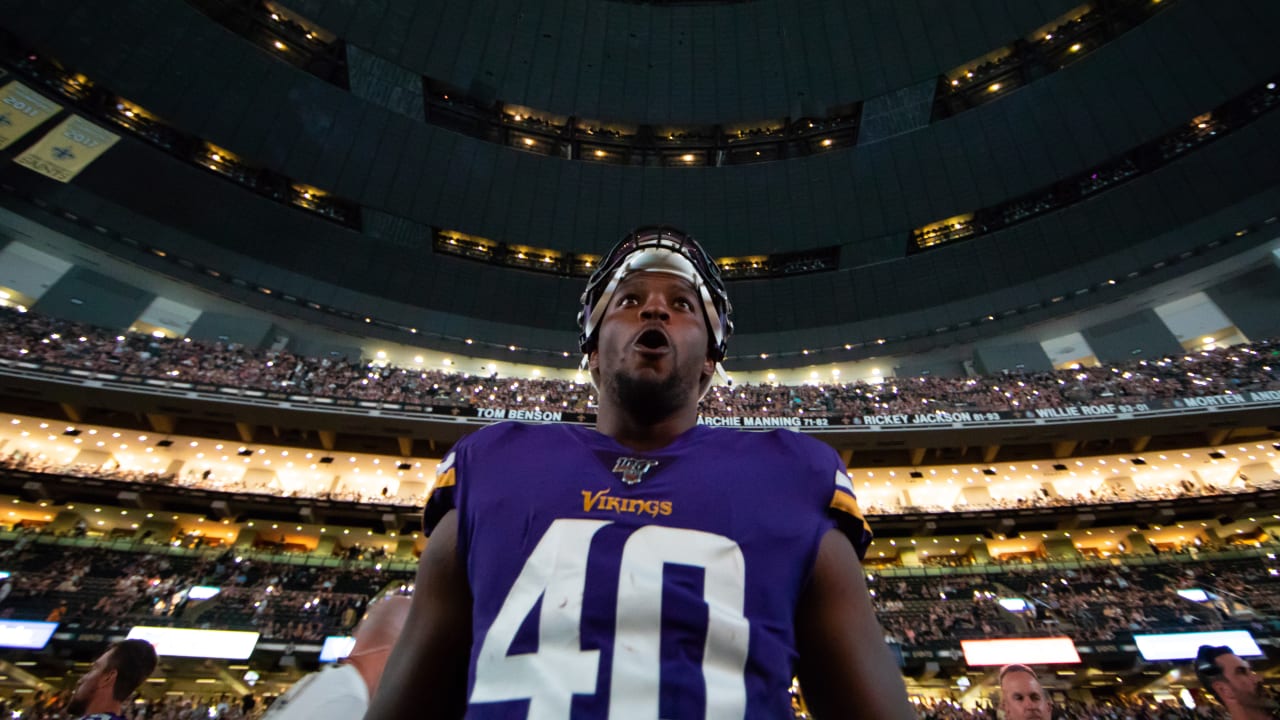 We caught up with Brothers for a recent Timeout.

Q: How did the new special teams rules on kickoffs affect you last year?

A: At first, they were kind of difficult to, not really understand, but just get used to. You get used to doing things a certain way for two years and being really successful with it and then turn around and switch it up. But they’re trying to keep the game safe, which I understand completely. A lot of injuries can happen, and you’ve seen some really bad ones that people don’t make the best recoveries from, so I respect the decision to keep players safe. It’s on us to get used to them.

Q: You also played high school basketball and tennis. There’s usually not much overlap between tennis and football. What drew you to tennis?

A: I liked playing ping pong and had a lot of friends who played tennis. I was also out of football and wanted to play another sport. I was thinking about track, but I wasn’t fast enough, and I also didn’t think I would be very good at it. [Tennis] was fun. I played in a couple of tournaments. I only played one season, but I learned a lot. Footwork is crazy, and serving is the hardest thing I think I’ve ever done in my life.

Q: Do you know more about The Office than anyone on the team?

A: Definitely. I started The Office in November of 2017, and I don’t think I go two days without watching at least one episode. I might have watched every episode at least 50 times.

Q: Do you have a favorite episode or character?

A: Dwight. It would be Michael Scott, before he left, but after that, it’s definitely Dwight. My favorite episode is probably the CPR episode. That’s hands-down the funniest thing. It’s so random, the most random things happen and make me laugh.

Q: If you could award yourself or a teammate a Dundie Award, what would you pass out?

A: Probably give it to [Eric Kendricks] for best hair. I still don’t understand how he doesn’t have a Head & Shoulders sponsorship. He actually cut it a little bit. It looks nice now. I would probably give Jayron [Kearse] the whitest shoes like they gave Pam.

Q: Do any teammates compare to characters in the show?

A: I would say Jim would be [Anthony Barr], just for the sarcasm. I would call myself Michael Scott, just because I’m random with all of the things that I say. Dwight, I don’t know if there would be a Dwight. There’s not a Creed, definitely not a Creed. Ben [Gedeon is] probably mad at me, but sometimes I feel like Ben and Kevin are similar. I don’t know why. Sometimes I feel that way. I told him that, too, but Kevin is one of my favorite characters.

Q: Have you and Kirk Cousins bonded over your love for the show?

A: He overheard me talking about it one day, and I found out that he watched it all of the time, so we would take quizzes on his phone, talk about episodes and look at clips. I tried to get [Kendricks and Barr] to watch it. Ben [Gedeon] loves it.