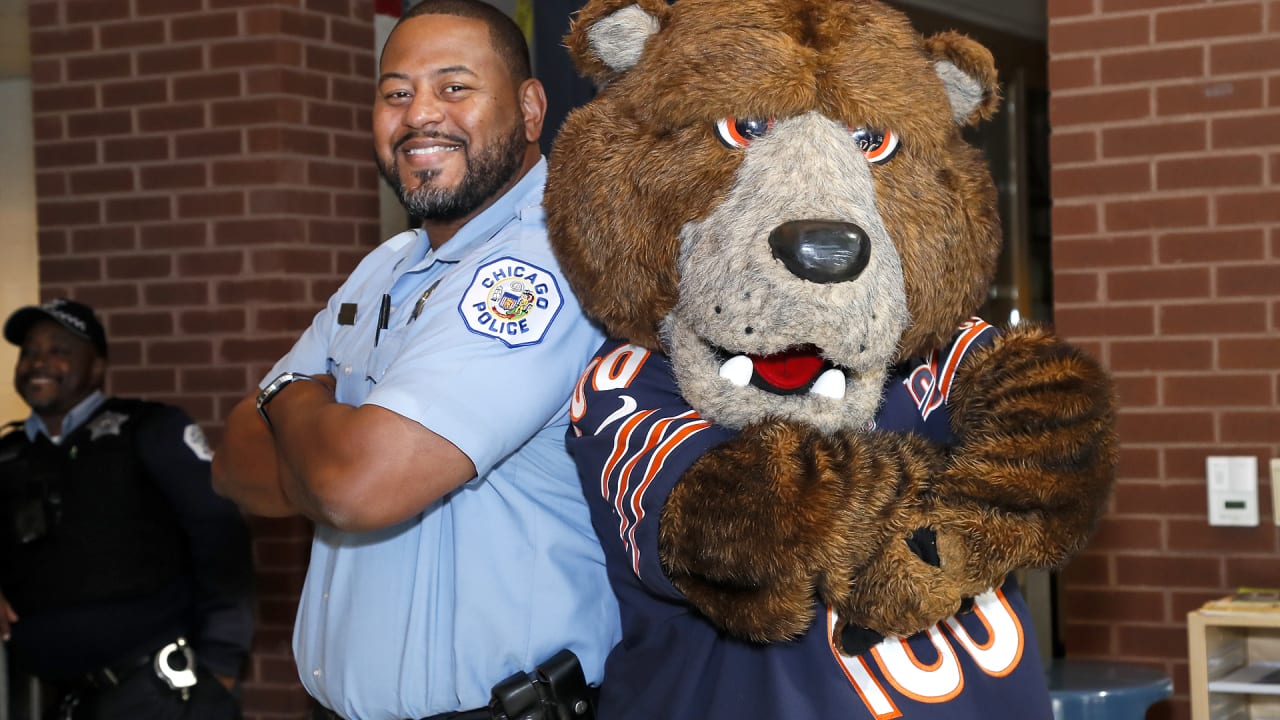 Advocate Health Care Patches/Practice Jersey Auction
Bears players wore special white and pink Advocate Health Care patches on their practice jerseys the week leading up to the Crucial Catch game. Jerseys are being auctioned off to fans via the free Chicago Bears Official App brought to you by Verizon. Each jersey will be auctioned with an “I Practice For” card signed by that player. Proceeds from the jersey auction will benefit the “Real Bears Fans Wear Pink” campaign. For information on how to set up auction alerts within the Chicago Bears Official App, please visit chicagobears.com/bearscare.

Bears Fit Youth Challenge
The Bears have launched the Bears Fit Youth Challenge in 15 Waukegan School District 60 elementary schools, which will run now through the end of October. The program is designed to engage youth in four weeks of fitness activities that include essential components such as flexibility, muscular strength, muscular endurance, cardiovascular endurance and nutrition. Students will be encouraged to participate in 60 minutes of moderate to vigorous physical activity a minimum of five times per week, in addition to eating fruits, vegetables and low-fat dairy. Those who complete the challenge each week will earn award certificates and other rewards. The top five schools in student completion percentage will be awarded with a school assembly featuring Staley Da Bear.

Staley Da Bear
Staley Da Bear visited police officers in Districts 005, 006, 007 and 010 to drop off fruit provided by Testa Produce. Youth from My Block, My Hood, My City were also at the District 010 stop, where they helped lead a tour of their neighborhood for new police recruits.