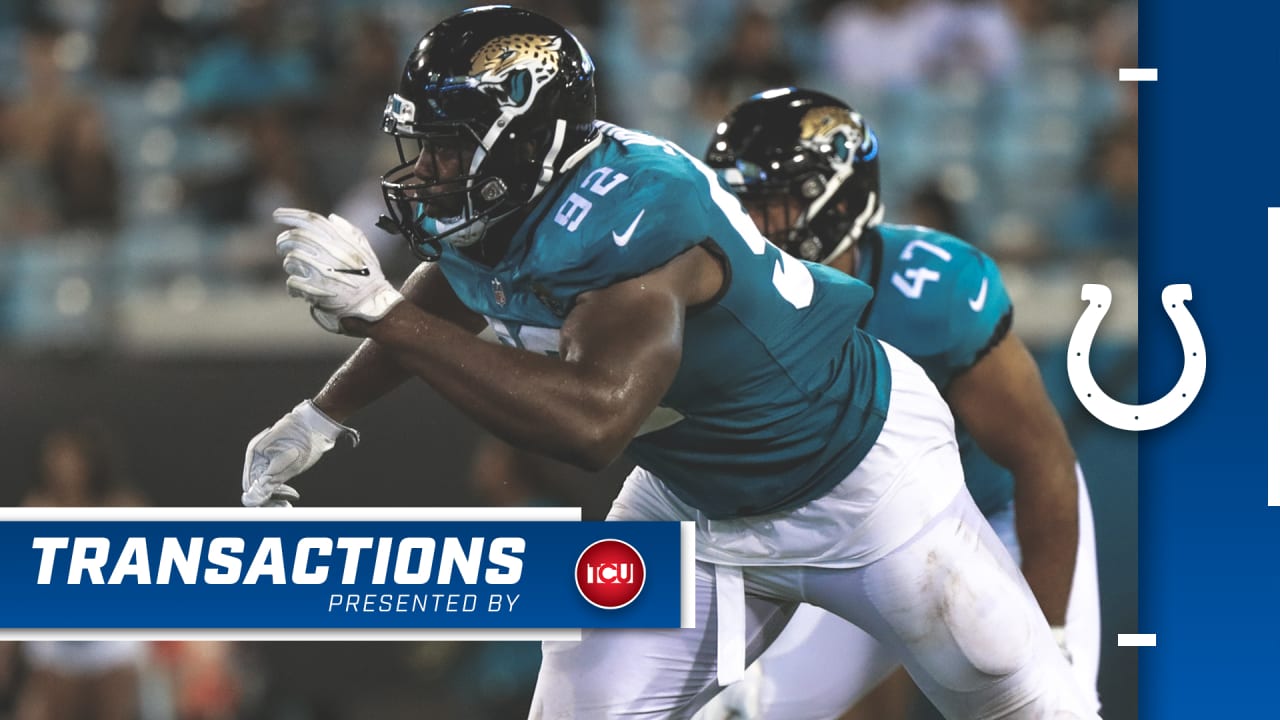 Johnson, 6-5, 295 pounds, has played in three career games in his time with the Tennessee Titans (2019) and Jacksonville Jaguars (2018) and has compiled two solo tackles and 1.0 tackle for loss. He spent time on the Titans’ practice squad earlier this season. As a rookie in 2018, Johnson spent time on the Jaguars’ active roster and practice squad. He appeared in three games with Jacksonville and tallied two solo tackles and 1.0 tackle for loss. Johnson was originally signed by the Jaguars as an undrafted free agent on April 30, 2018.

Anderson III, 5-11, 210 pounds, has had two stints on the Colts practice squad this season. He also spent time on the Tampa Bay Buccaneers practice squad earlier this season. Anderson III was originally signed by the Buccaneers as an undrafted free agent on May 10, 2019. Collegiately, he played in 52 games (16 starts) at North Dakota State (2015-18) and totaled 486 carries for 2,896 yards and 24 touchdowns, 32 receptions for 448 yards and seven touchdowns and 52 kickoff returns for 1,360 yards and two touchdowns.

[The Spun] – Carson Wentz Shares A Message For…