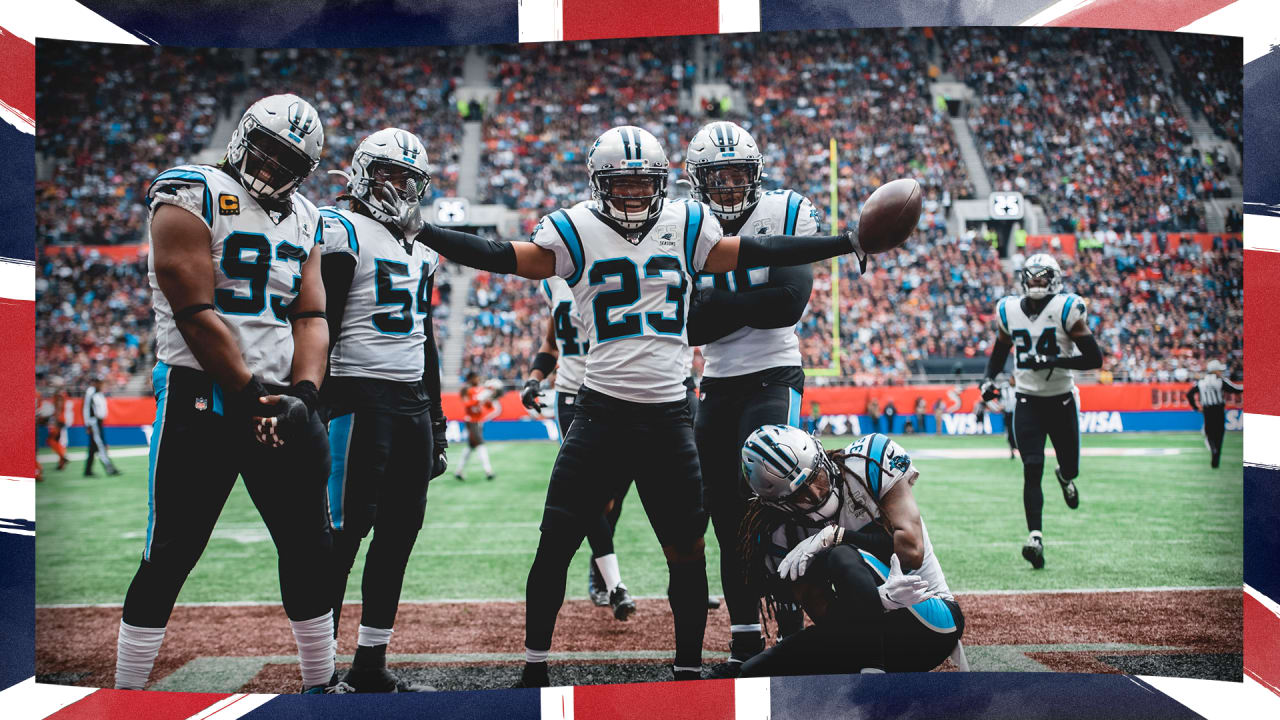 Thievery isn’t the only thing that travels.

The Sackstreet Boys began the European leg of their world tour on Sunday against the Bucs with a dominating seven-sack performance.

By halftime, the Panthers had already sacked Winston six times, matching his total from last week’s game against the Saints.

After being held without a sack through the first five weeks, Gerald McCoy was able to join the sack party against his former team, leading the way 2.5 sacks. Edge rushers Brian Burns and Irvin were able to get in on the fun, too, as well as defensive tackle Dontari Poe.

The biggest sacks of the day, however, came on two consecutive plays late in the second quarter when defensive tackle Vernon Butler recorded quite possibly the best sequence of his career. Tampa Bay was threatening to score before halftime, but Butler bulldozed his way into the backfield for back-to-back strip-sacks.

The Bucs were able to fall on the first fumble, but they weren’t as lucky the second time around. Irvin dove on the loose ball and prevented the Bucs from adding a late score before halftime.

The Panthers D finished with seven sacks, bringing their season total to a franchise-record 27 through the first six games.

Heading into Sunday’s matchup, one of the biggest questions for the Panthers was whether they’d be able to get McCaffrey more involved against the Bucs this time around. In Week 2, McCaffrey was held to just 53 yards from scrimmage and no touchdowns, marking his weakest performance of the season.

Well, he may not have racked up the yardage this week, with just 57 yards on 26 touches, but what really mattered were CMC’s two touchdowns – one on the ground and one through the air.

Earlier in the week, offensive coordinator Norv Turner talked about the Bucs’ focus on McCaffrey and how it would likely open up more opportunities for other weapons, and that proved to be true.

With the defense locked in on his main target, quarterback Kyle Allen was able to spread the ball around with great success, connecting with five different receivers. Wide receivers Curtis Samuel and DJ Moore and tight end Greg Olsen were big targets for Allen, as each recorded over 50 yards receiving.

On top of McCaffrey’s scores, Curtis Samuel added a rushing and receiving touchdown, too, proving just how dangerous the Panthers offense can be.

Panthers in the power rankings before Week 7

Mike Tomlin On Derrick Henry: ‘This Is Like Bud…

Jets are massive three-touchdown underdogs vs….

Lane Johnson is only change to Eagles’ report as…