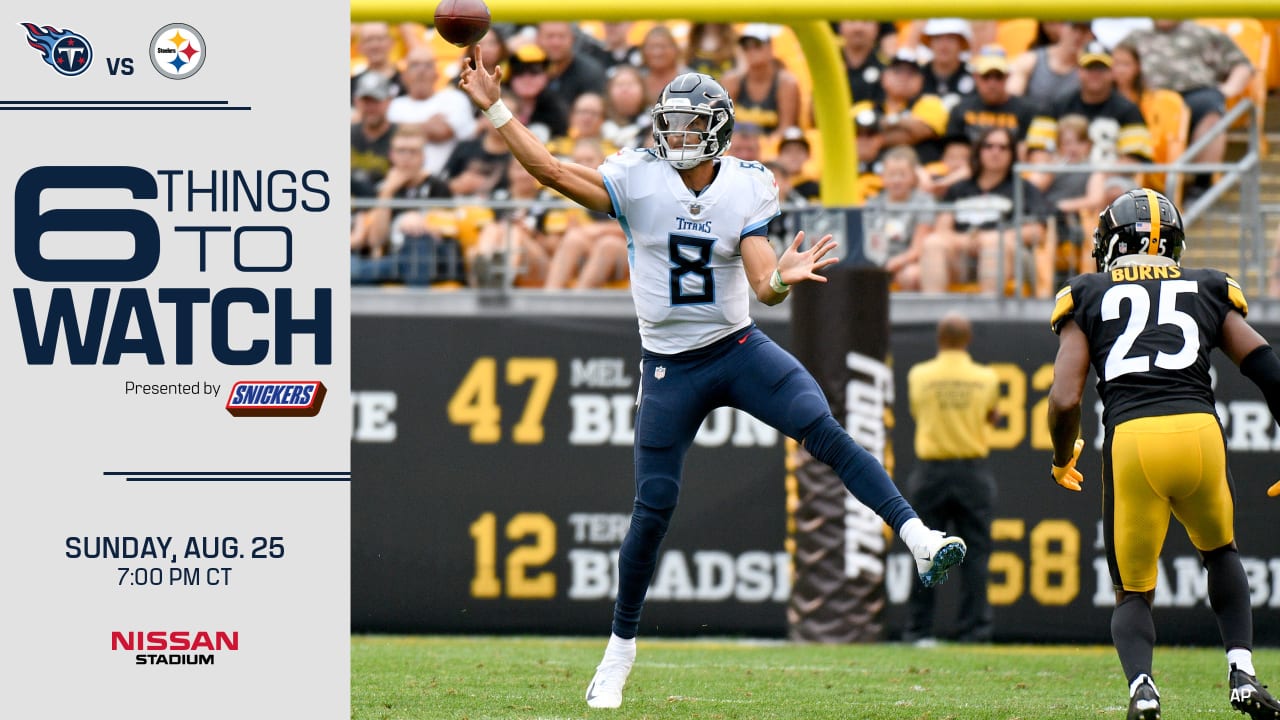 A.J. Brown, the team’s second-round pick, got his feet wet last week in his NFL debut, although he didn’t have a catch while playing 15 snaps. Brown saw his workload increase in practices this week, and he looked good after missing so much time earlier in camp. Brown should get more opportunities against the Steelers, and he’ll aim to make his first NFL catch. Also, veteran receiver Adam Humphries will have a chance to build further chemistry with Mariota after sitting out last week.

Derrick Henry returned to practice this week, but will he play against the Steelers? Consider me skeptical, as I’m thinking the team won’t risk rushing him back. But no one has told me anything, so I guess this is a Catch 22 situation, or something like that. (Hey, Henry does wear 22 at least). If Henry is a no-go, then backs like Jeremy McNichols, Alex Barnes and Akeem Hunt will also get chances to make a good impression.

The Titans defense came out with a swagger last weekend against the Patriots, sacking quarterbacks and intercepting passes. Tom Brady didn’t play, of course, so the success came with an asterisk. Well, quarterback Ben Roethlisberger is expected to play in the preseason for the first time in 2019 on Sunday night for the Steelers, so he’ll provide a bigger test while throwing to receivers like JuJu Smith-Schuster and James Washington.