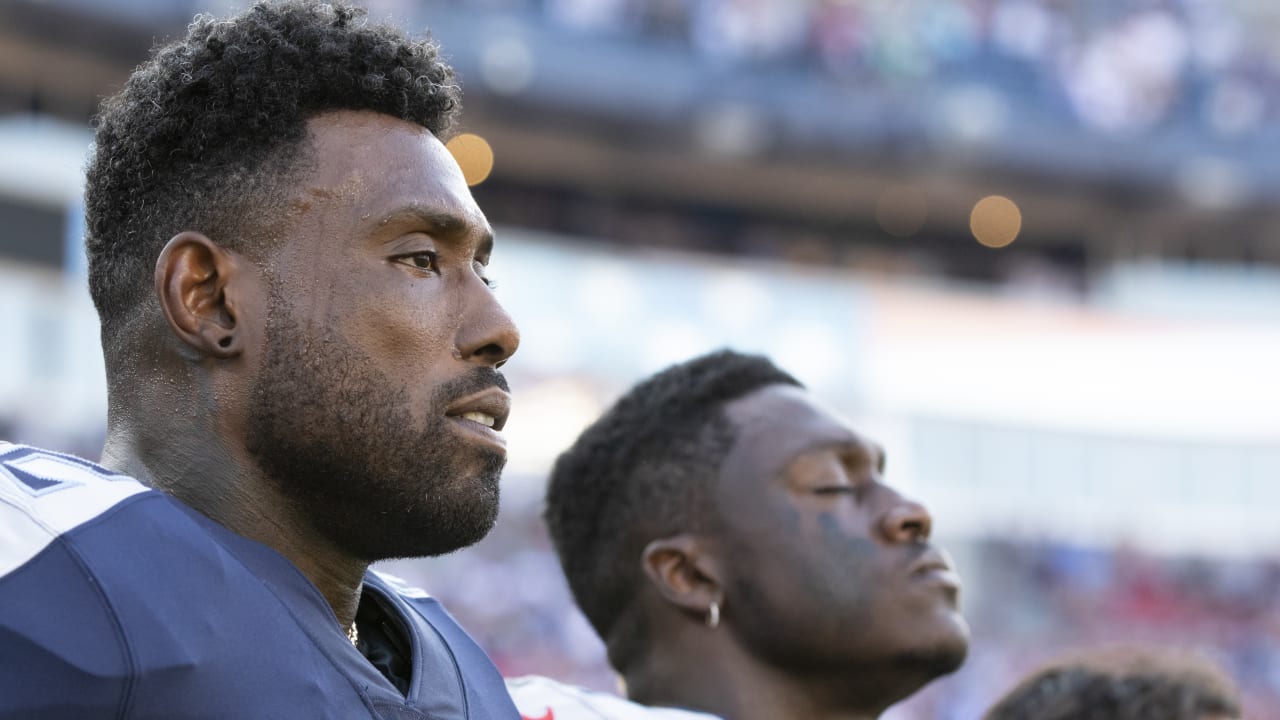 NASHVILLE – The Titans lost to the Patriots 22-17 in preseason game No.2 on Saturday night.

Here’s a look at six things that stood out from the game as we begin to turn our attention to the Pittsburgh Steelers, who visit Nissan Stadium on Sunday in preseason game No.3:

Yes, it’s now Steelers week, so quarterback Marcus Mariota’s flip into the end zone against the Patriots brings me back to a memorable flip made by late Titans quarterback Steve McNair way back in 1999. Anyone else remember that one? It happened in November 1999 – just a few weeks after McNair had returned from back surgery. McNair flipped over teammate Kevin Long and into Steelers defender Lance Brown at the pylon, which was good for a touchdown. Mariota’s flip happened on a two-point conversion, when he was hit by Patriots defensive back Duron Harmon. The snapshots reflect the competitive nature of each QB, past and present.

Sure, McNichols had a highlight-reel leap as well on Saturday night. But what impressed me even more was his 33-yard touchdown run that was nullified by a penalty. McNichols later reached paydirt on the 15-yard pass from Mariota, after he went airborne. Is McNichols flying up the depth chart? Well, there’s only so high he can go with Derrick Henry and Dion Lewis on the roster. But I’ll say this: McNichols has taken advantage of the extra work with Henry and David Fluellen out with injuries, and he might be worth keeping. Don’t sleep on Akeem Hunt either. He’s making up for lost time himself — he had some nice runs and a big play on special teams vs. the Pats.

Chattanooga’s Isaiah Mack continues to make a pretty good case for himself. The 6-foot-1, 299-pounder physically looks a lot like another Titans defensive lineman: Jurrell Casey, who is 6-1, 305. Mack has been making plays in camp, and he made another one on Saturday night when he busted through the line for a sack. Mack also showed up with few plays in the preseason opener at Philadelphia. Mack still has some work to do to make the roster, but he’s giving himself a chance.

Titans coach Mike Vrabel gave Long props on Sunday for his instincts and tackling ability after racking up a team-high eight stops against the Patriots. Long enjoyed a solid training camp, and he’s now carried it over into preseason games. While Long is going to have a hard time getting on the field in the defense with inside backers Rashaan Evans, Jayon Brown and Wesley Woodyard on the team, it looks like Long might have a chance to be productive on special teams as a rookie. I like his energy, too.

The only negative that’s come with bringing Ryan Tannehill aboard this offseason? He’s given national observers a reason to talk about a “quarterback controversy” in Tennessee. That never happened when Matt Cassel or Blaine Gabbert were signed to back up Mariota, but it’s happening now. But that’s not necessarily a bad thing. Tannehill has looked good in his two preseason games, completing 19-of-27 passes for 214 yards and three TDs, with a 130.8 rating. If something happens to Mariota this season, the Titans will be in good hands with Tannehill.

I was standing in the tunnel when veteran tight end Delanie Walker took the field on Saturday night, and it was very clear what his return meant to him after missing last season with the ankle injury. The Titans likely would’ve opted to sit Walker in Week 2 of the preseason, but Walker wanted no part of being a spectator – he made it clear to Vrabel and his coaches he wanted to play. Walker’s 11-yard touchdown catch served as a reminder of how much he was missed in 2018 – and how much he’ll help in 2019.

Report: Von Miller is under “criminal…

Chris Jones: You can’t get bored, that’s how you…