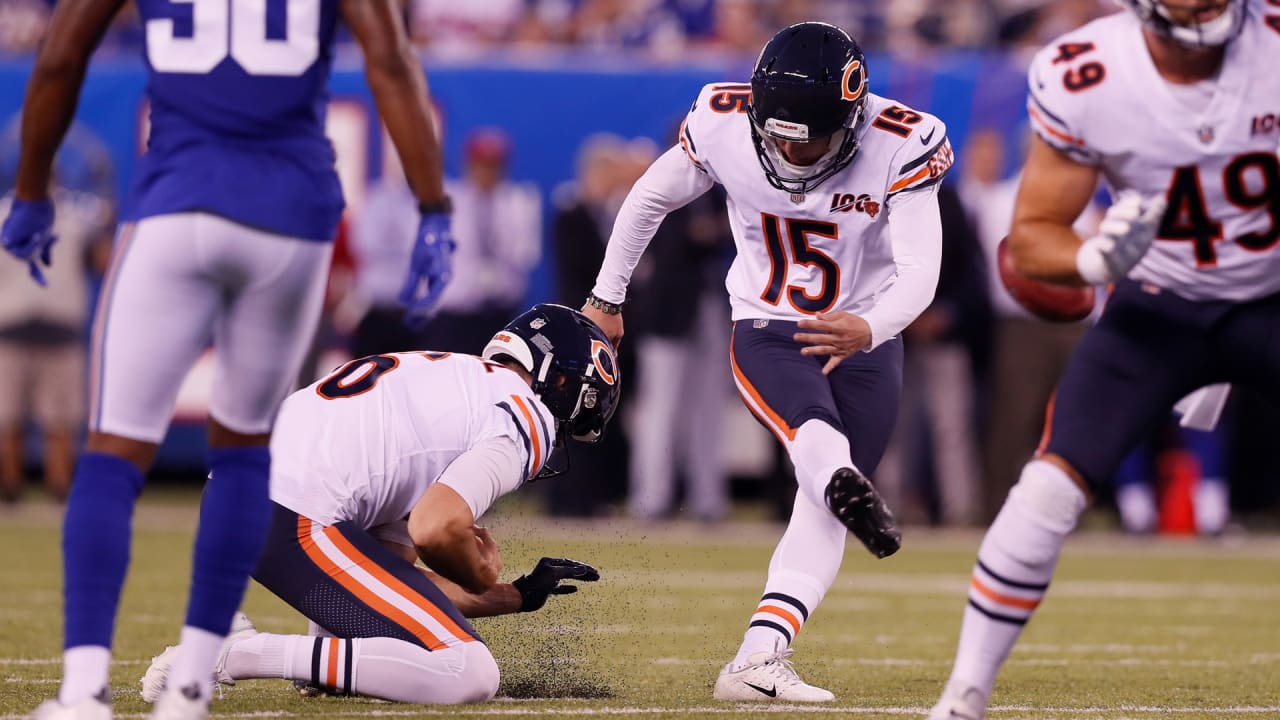 “I’ve said this before,” Fry told reporters after the game, “you learn to treat every kick the same. Yes, preseason is really important, but it’s just like any other game from college, or whatever. You miss one; you got to bounce back next week.”

In the absence of other starters, the competition between Pineiro and Fry has become the biggest reason to watch the Bears in the preseason. The pressure is not lost on either participant.

“Everybody knows on the sideline we’re competing,” said Pineiro. “ If it’s a 20-yard field goal or an extra point or a 50-yarder, everybody is always watching.”

Pineiro, whose leg strength has been a calling card, helped assuage concerns about his accuracy by being perfect from pedestrian range. Although it looked like he might have a chance to kick an over-50 yard field goal to end the first half, a 29-yard throw from Chase Daniel to Javon Wims turned that into a chip shot.

“I was itching for a far one to be honest,” said Pineiro.

The reversal of fortunes would appear to move the contest in Pineiro’s favor at the moment, but Fry was resolute after the game, telling reporters that he would watch the tape of his missed kick then put it behind him.

“That’s your job as a kicker,” said Fry. “Obviously, it’s frustrating. But, to be in this league you got to have a short memory, and that’s just moving onto the next kick.”

As the Bears offense stalled in the second half, opportunities for both Fry and Pineiro mostly dried up. With two more preseason games ahead of him, Pineiro is hoping for more opportunities but knows that he can’t assume anything in this format.

“I was hoping we would get more kicks,” said Pineiro, “farther kicks, but that’s just the way the preseason plays out. Next game, maybe I get a long one. Maybe I get only short ones. You just never know. I mean, it’s just part of the game.”

In the week since the Vikings acquired Ravens kicker Kaare Vedvik, rumors have swirled that the Bears might follow suit with a similar trade. In a pregame interview with Lou Canellis, general manager Ryan Pace repeated his statement all options were on the table, but that didn’t mean the team was giving up on either Fry or Pineiro.

“We have confidence in both of them right now,” said Pace. “They wouldn’t be here otherwise. We’re just closely monitoring that, along with situations around the league.”

Pineiro and Fry have both spoken of their mutual respect and friendship. The specter of another kicker arriving and taking the job away from both of them has not gone unnoticed.

“It’s something we all know,” said Fry, “but neither of us are looking at what other kickers are doing or what’s going on. We’re focused on helping the team and making kicks.”

Houston Texans place WR Randall Cobb on IR, out at…