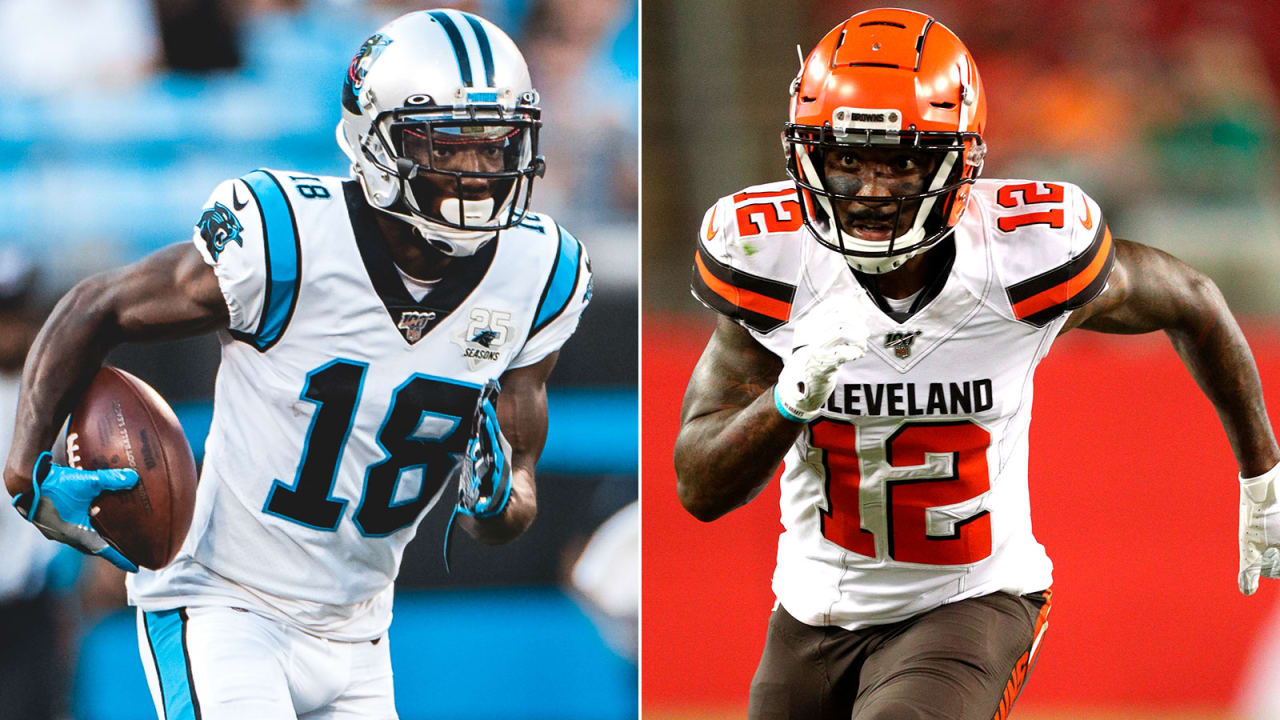 Jamerson played in five games for Carolina this season. He tallied one tackle on defense and two tackles on special teams. He joined Carolina in the opening week of the season after being waived by Green Bay. The second-year cornerback has played in 17 games in his career and tallied 13 tackles and one pass defensed.

White, who recorded six catches for 122 yards during the preseason, joined the Panthers in 2018 as a practice squad receiver. He originally entered the NFL in 2015 with the San Francisco 49ers as an undrafted free agent out of Alabama.

Miller comes to Carolina following a brief stint with Cleveland during the preseason. He spent the entire 2018 season on Philadelphia’s practice squad.

Miller entered the NFL from Ohio State as a third-round selection (85th overall) by the Houston Texans in the 2016 NFL Draft. In his two seasons with the Texans, Miller played in 21 games with nine starts and tallied 34 receptions for 261 yards and two touchdowns. Miller was a standout dual-threat quarterback with the Buckeyes as their three-year starter.

‘Out of sync’ offense falters in loss to Bears

Malik Jackson among 6 to sit out; Alshon Jeffery…

What writers across the country are saying about…