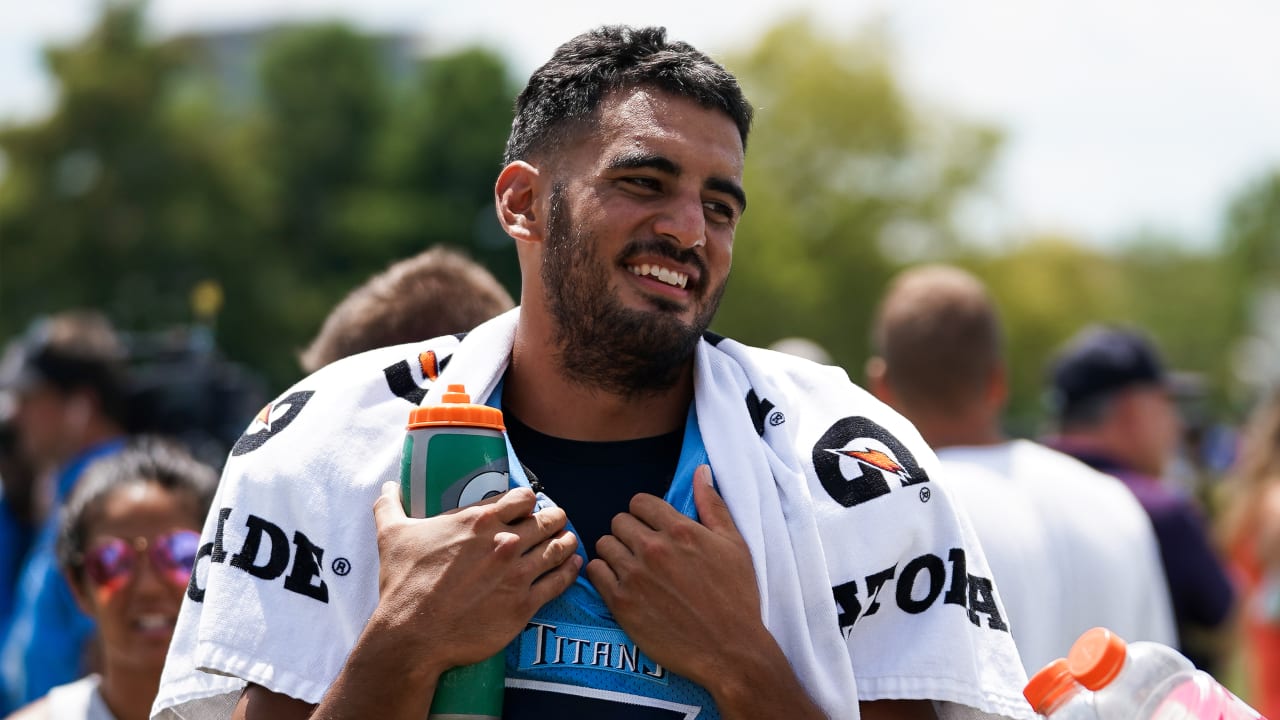 NASHVILLE – Titans quarterback Marcus Mariota looked around the practice field on Wednesday and saw something he hadn’t seen all offseason.

When the team began practice, Mariota had all of his key weapons around him – running back Derrick Henry, receiver Adam Humphries, receiver Corey Davis, tight end Delanie Walker, and receiver A.J. Brown, along with tight end Jonnu Smith.

It marked the first time that had been the case all offseason, and it happened on the 20th practice of training camp. Henry and Brown left during individual drills way back on July 26 and they just recently returned. Smith was taken off the team’s Physically Unable to Perform list earlier this week, and Davis and Walker returned on Wednesday after missing earlier in the week.

Receivers Tajae Sharpe, Taywan Taylor and Darius Jennings are among those who’ve been available since the start of camp.

“Absolutely, it was nice to have everybody out there,” Mariota said. “At the same time, for someone like Jonnu, who is coming off a major injury like that, just all the hard work that he put in to get to the point where he’s at now, it’s really cool for him.

“It’s an opportunity for us to get better, and it was nice to see everybody out there.”

[The Express-Times] – Eagles Extra Q&A: Will…