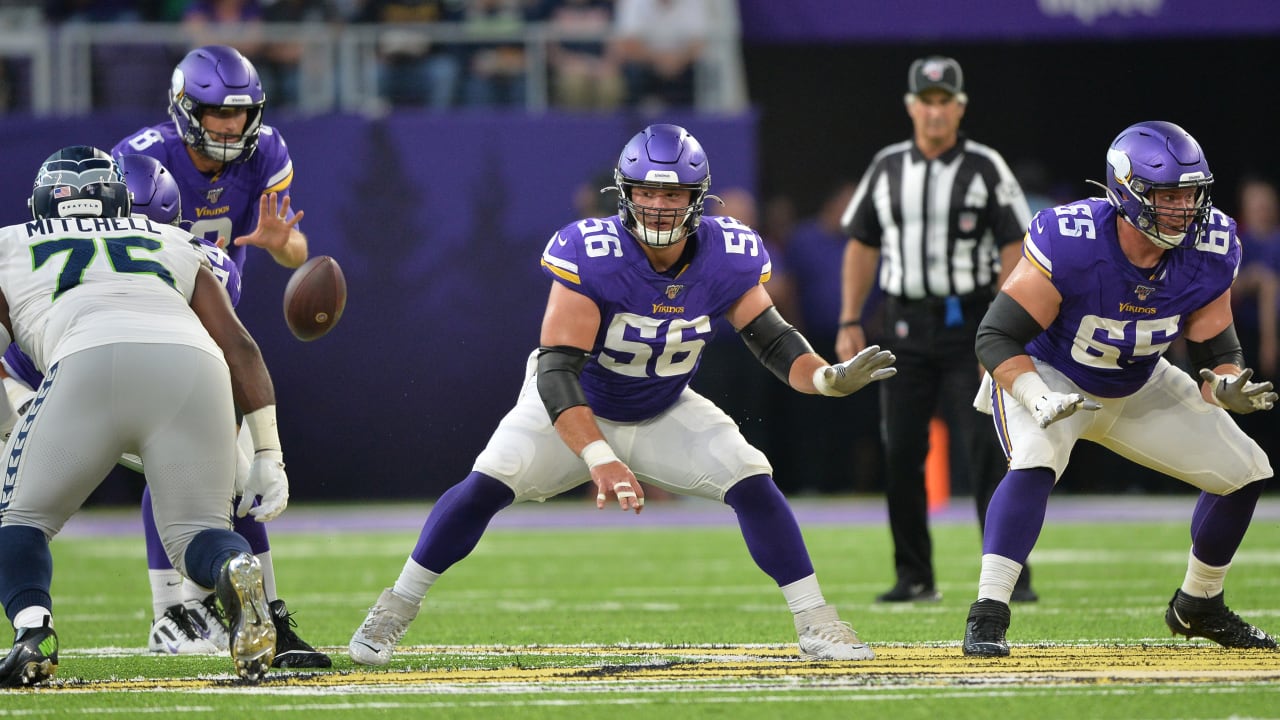 The Vikings are midway through the 2019 preseason and just over two weeks away from hosting the season opener at U.S. Bank Stadium.

Fans have gotten looks at a large chunk of Minnesota’s roster thus far and will continue to do so over the next two exhibition contests. With preseason in mind and looking ahead to Week 1 and beyond, Chris Wesseling of NFL.com “singled out at least one promising” rookie from each of the 32 teams.

For the Vikings, Wesseling mentioned two offensive players. He wrote:

Hand-picked as the pivot in [Assistant Head Coach/Offensive Advisor] Gary Kubiak’s outside-zone rushing scheme, first-round center Garrett Bradbury walked in the building as a Day 1 starter. The more intriguing question is what Kubiak and [Offensive Coordinator] Kevin Stefanski will get out of second-round tight end Irv Smith, Jr., who hauled in a touchdown among his five receptions versus the Seahawks last week. Minus an established slot receiver, the Vikings could opt to feature Smith alongside veteran tight end Kyle Rudolph.

Wesseling tabbed quarterback Kyler Murray as the most promising first-year player for the Cardinals, whom the Vikings will host at noon on Saturday. Arizona has not done much offensively in the first two weeks of the preseason, and Wesseling opined rather creatively that there are two possibilities behind that.

The preseason is a pigskin Rorschach test. If you harbor the opinion that No. 1 overall pick Kyler Murray is bound to take his lumps on a talent-deficient team behind a porous offensive line with a neophyte head coach, the first two weeks of action function as confirmation bias. If you believe, on the other hand, that Murray is a phenom simply biding his time … you take solace in the fact that the Cardinals are keeping their true offense under wraps in August. In fact, Murray told reporters Tuesday that the Cardinals have been running “literally six or seven plays.” That’s due to change this week against the Vikings.

Patrick Mahomes just threw a touchdown to a former…