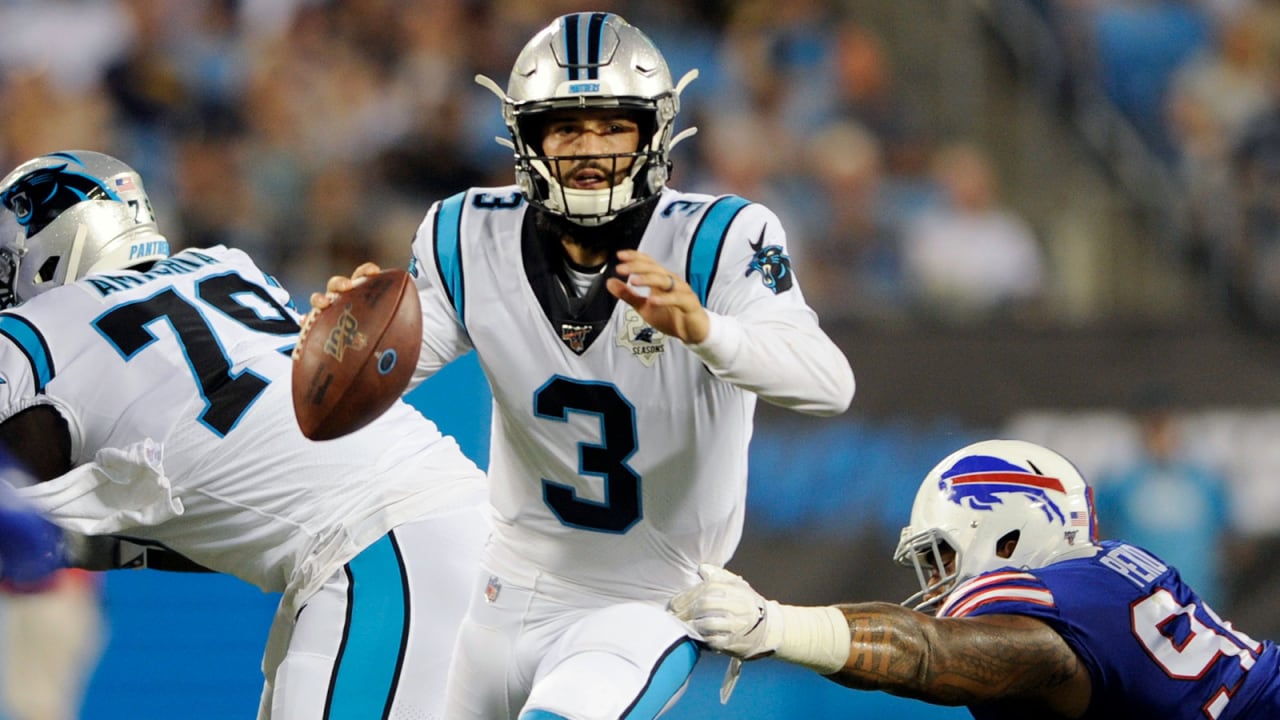 “I feel relaxed and comfortable out there. It’s more so … the rush is coming and sometimes I see something that’s about to come open, but I can’t hang onto the ball that long,” Grier said. “I have to learn to take the underneath stuff, take what they give me. I’m not going to be able to sit back there and hold the ball. That clock has got to get faster.

“What (Rivera’s) really getting at there is I see things and want to make plays all the time instead of just throwing it underneath the sticks and letting guys make plays.”

Hmmm. Sounds a lot like the temptation Cam Newton battled early in his career. Really, it’s something that almost every young quarterback struggles with.

“It’s definitely a huge adjustment,” Grier said. “The rush comes, and it’s every play. That’s just part of the game. There are some times in college where you can hang onto things a lot more and make big plays for big chunk gains. It doesn’t work that way.”

Through two preseason games, the third-round pick from West Virginia has compiled this stat line: 19-of-45 for 152 yards with one touchdown pass and two interceptions.

But it’s not about the stats, especially in the preseason. At this point in the year, it’s about making mistakes and learning from them, and Grier isn’t going to let a rough outing throw him off course.

“Some things may look worse than they really are. I’m proud of where I’m at. This is a new offense for me that I’m still learning. I’m piecing it together and applying it to my game, and that takes time. But it’s a process that I’m committed to,” Grier said.

“I’ve learned a lot. Really valuable experience and reps. But this is a process, man. I know I have a long way to go in a lot of areas. I just have to continue to build and get better.”

Jordan and Jake Recap: Top 10 and we're in

Houston Texans place WR Randall Cobb on IR, out at…