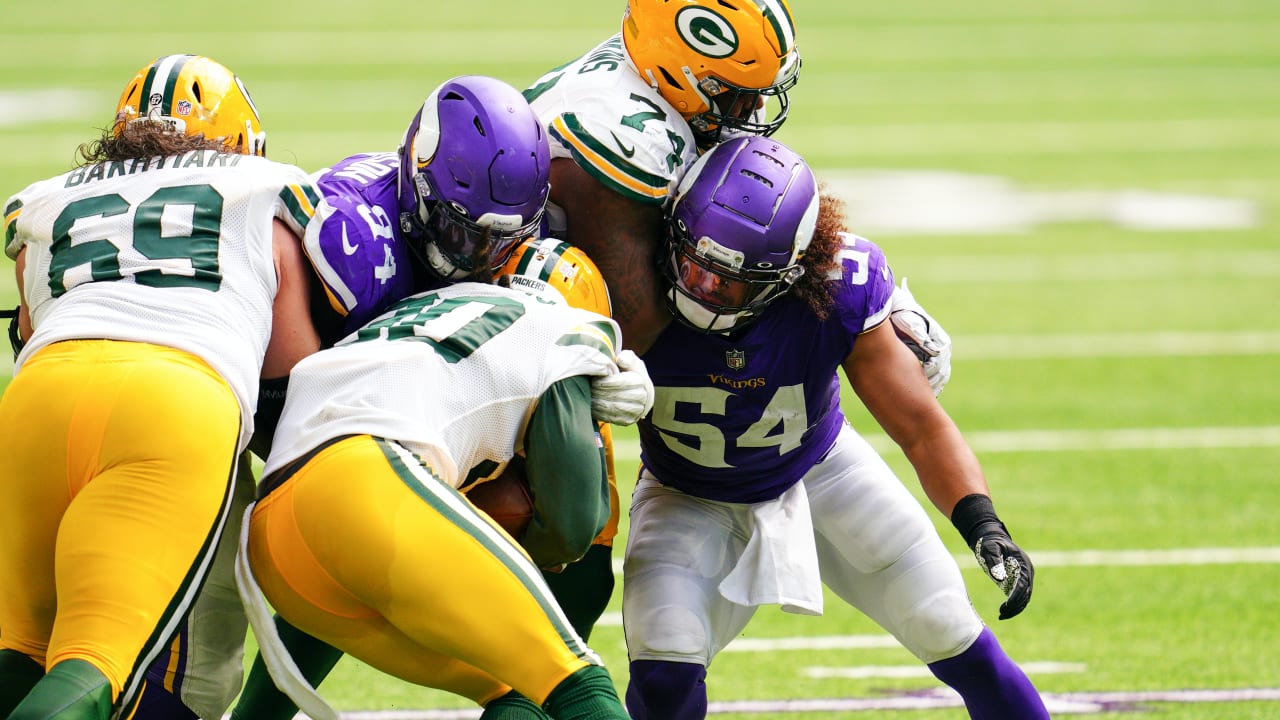 The Vikings are 0-1 after a season-opening loss to the Packers and have turned their focus to the Colts for a Week 2 matchup.

Yet as Minnesota prepares for Indianapolis, there were some bright spots from Sunday’s game that the team will hope to carry over into the second game of the season.

Chad Graff of The Athletic recently handed out grades to each position unit based on the Week 1 loss. And while it wasn’t all pretty, Graff did note some positives from a handful of groups.

Graff said the Vikings should hope for the same performances from their linebackers, who earned an ‘A’ grade, and the running backs, who got an ‘A-minus.’

Graff wrote of the linebackers:

This was the only position that really played well on defense. Eric Kendricks picked up right where he left off last season and delivered another masterful game. He made up for mishaps from the defensive line in run support and was good in pass coverage too. Anthony Barr had a solid game as did Eric Wilson.

As for the running back tandem of Dalvin Cook and Alexander Mattison, Graff wrote:

The odd circumstances of the game meant that Dalvin Cook only got 12 carries in his first game after signing an extension. But he was great when he did get the ball, accounting for two touchdowns and 50 yards. Alexander Mattison racked up as many yards on six carries.

The Vikings had a lot of issues on Sunday. But the running game wasn’t one of them.

Cook and Mattison combined for exactly 100 rushing yards between them, with Cook scoring a pair of touchdowns on the ground.

Other offensive position grades of note from Graff included a ‘B-plus’ for the offensive line, a ‘B’ for the tight ends and a ‘B-minus’ for the wide receivers. Graff graded Kirk Cousins as a ‘C’ grade for the opener, but noted the drastic time-of-possession stats didn’t help him much.

Defensively, the highest grade aside from the linebackers went to the safeties, who received a ‘C’ grade.

Eagles set to have the least roster flexibiity in…