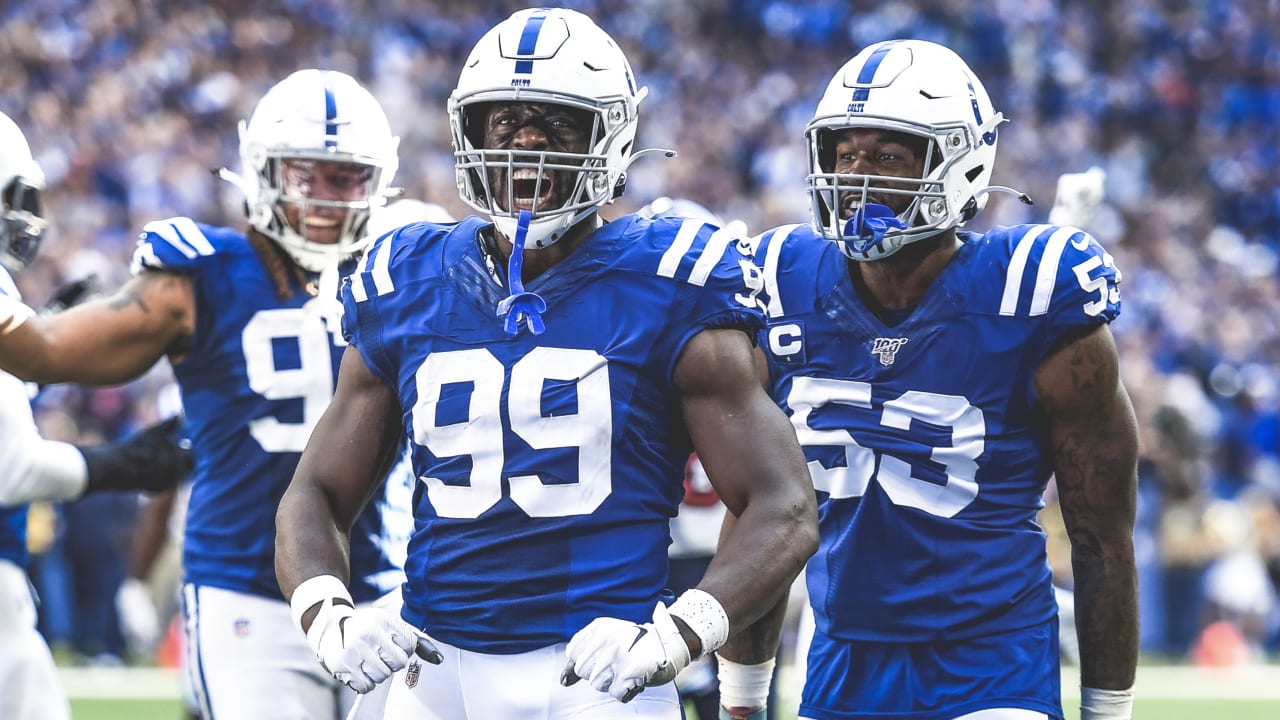 » COMING UP CLUTCH: The Texans’ offense came into Sunday’s game No. 1 in the league in two key statistical categories: scoring touchdowns in the red zone (71.4 percent) and third-down efficiency (51 percent). Against the Colts? Houston made five trips to the red zone, and scored touchdowns on just two of them (40 percent). And on third down, the Texans moved the chains on just four of their 12 attempts (33 percent). The Colts also applied constant pressure on Texans quarterback Deshaun Watson, collecting three sacks against an offensive line that came into Sunday’s game having not allowed a single sack in their previous two games, and collected two key fourth-quarter takeaways. “We know what they can do,” said Colts cornerback Pierre Desir, who had an interception Sunday. “(They’re a) high-powered offense, Watson’s over there scrambling. So, we practice against that throughout the week, and we just have to get our keys and technique. But at the end of the day, it’s 11 versus one, whether it’s the ball carrier or receiver, he has to go and he has to beat us. And so that’s what we made them do, they had to beat us, but we came out with the victory.”

» PASCAL SHINES: Zach Pascal has been one of the Colts’ unsung heroes the last two seasons, as the wide receiver is constantly doing the dirty work that isn’t often noticed, like solid run blocking on the exterior and making plays on various special teams units. On Sunday against the Texans, however, Pascal broke out in a big way. He caught 6-of-7 targets for 106 yards and two touchdowns, setting new single-game career highs in receiving yards, receiving touchdowns, and also all-purpose yards (172), kickoff returns (three), kickoff return yards (66); his six receptions, meanwhile, tied a single-game high. Oh, and it doesn’t stop there: Pascal was also credited with a forced safety on a fourth-quarter punt play in which Houston decided to run out of the back of the end zone, and he nearly completed a big pass on a trick play to running back Nyheim Hines; the pass was overthrown just a tad, however. “I wish I could say that we were surprised,” Reich said of Pascal after Sunday’s game. “This goes back to last year, he kinda won us over really quick, and he won the quarterbacks over with his toughness and big-play ability. So, he’s got deceiving speed, and he’s got a really got knack of separating at the top of the route, so if you’re playing man coverage, he can make big plays, and he did that today.”

» WELCOME BACK: The Colts had been without the services of their All-Pro linebacker, Darius Leonard, the previous three games heading into the Texans’ contest, as he worked his way back from a concussion. Leonard gained official clearance over the Colts’ bye week, however, and was back in the fold at Lucas Oil Stadium Sunday, where he made a clear impact against one of the better offenses in the league. Leonard finished with a game-best 10 tackles, while he was able to seal the game late in the fourth quarter with his third-career interception. Down seven points, 30-23, and without any timeouts, the Texans were quickly mounting a drive near midfield. But with 37 seconds left in the game, Watson stepped up in the pocket and delivered a dart to wide receiver Keke Coutee around the Indianapolis 34-yard line; but Coutee bobbled the ball as he fell to the turf, and Leonard, as he tends to do late in games, made a heroic effort to dive and snag the ball before it hit the ground. Game over. “It was amazing, you know? Just being back there once again. To be able to end the game with an interception was definitely big,” Leonard said of his return. “It just shows what kind of team we’ve got here. Everybody plays great football — offensively, defensively and special teams. So, we always said if we can go out and play great team ball we’re gonna be hard to beat.”

Hue Jackson did not mince his words about Baker…