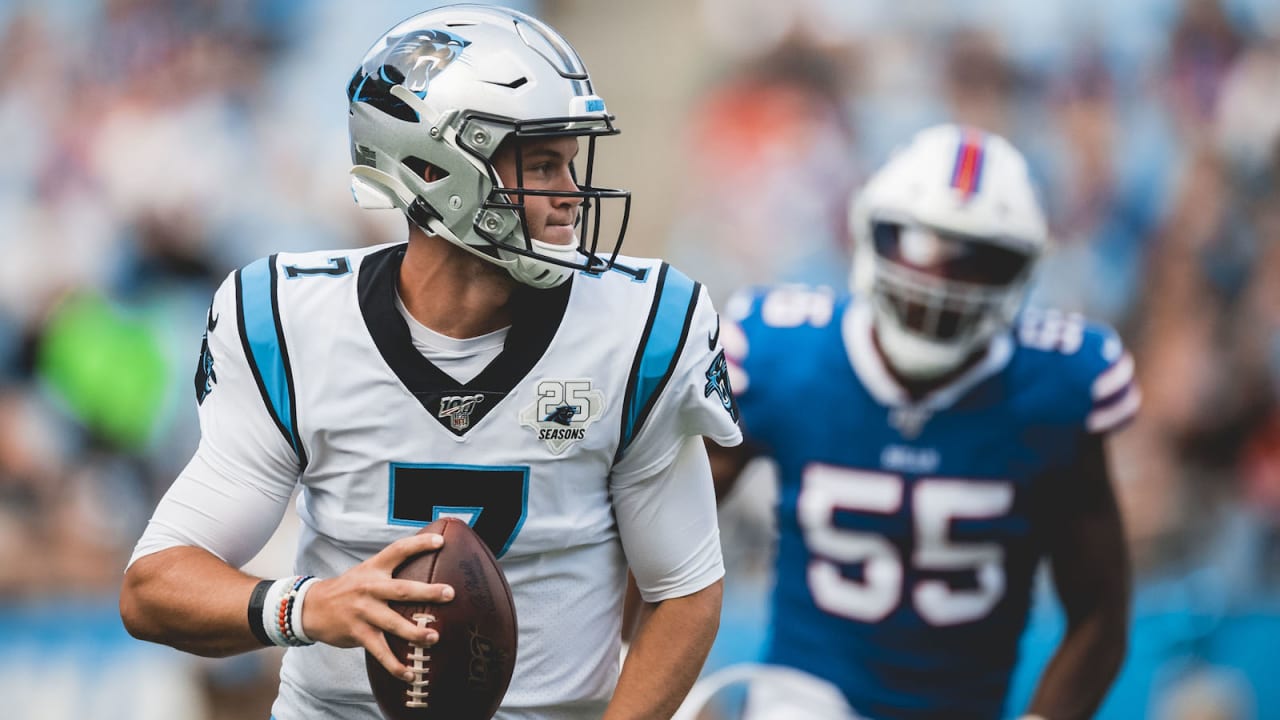 “I was a little disappointed in today,” Allen admitted. “I think from an execution standpoint, we could’ve done a lot better and that always starts with me.”

Allen and the Panthers did move the ball on their second drive, and he nearly hit on a big play near the end zone, but a nicely placed pass to Torrey Smith was broken up by cornerback Levi Wallace. Two plays later, Allen was sacked on fourth-and-2 from the Buffalo 18-yard line.

On his third drive, Allen had DJ Moore open on a dig route, but the pass sailed high. And that was it for Allen. Three series, 19 plays. It wasn’t much time to allow a quarterback to get into a rhythm, but …

“That’s where guys like me make the team and that’s why I have to take advantage of those series,” Allen said.

“You’re preparing as the starter, but then you get taken out after three series, so you really want to take advantage of your time in the game cause that’s your time to show everyone what you can do. So it’s tough when it doesn’t go well at first, and you get taken out, but that’s the NFL.”

Once Allen exited, Grier had a chance to make a case for a move up the depth chart. That didn’t happen.

After dumping down to running back Jordan Scarlett for a 14-yard gain on his first throw, Grier’s second was returned 70 yards for a touchdown by cornerback Kevin Johnson.

Inbox: That would also fit

Steelers-Titans game will not be played in Week…