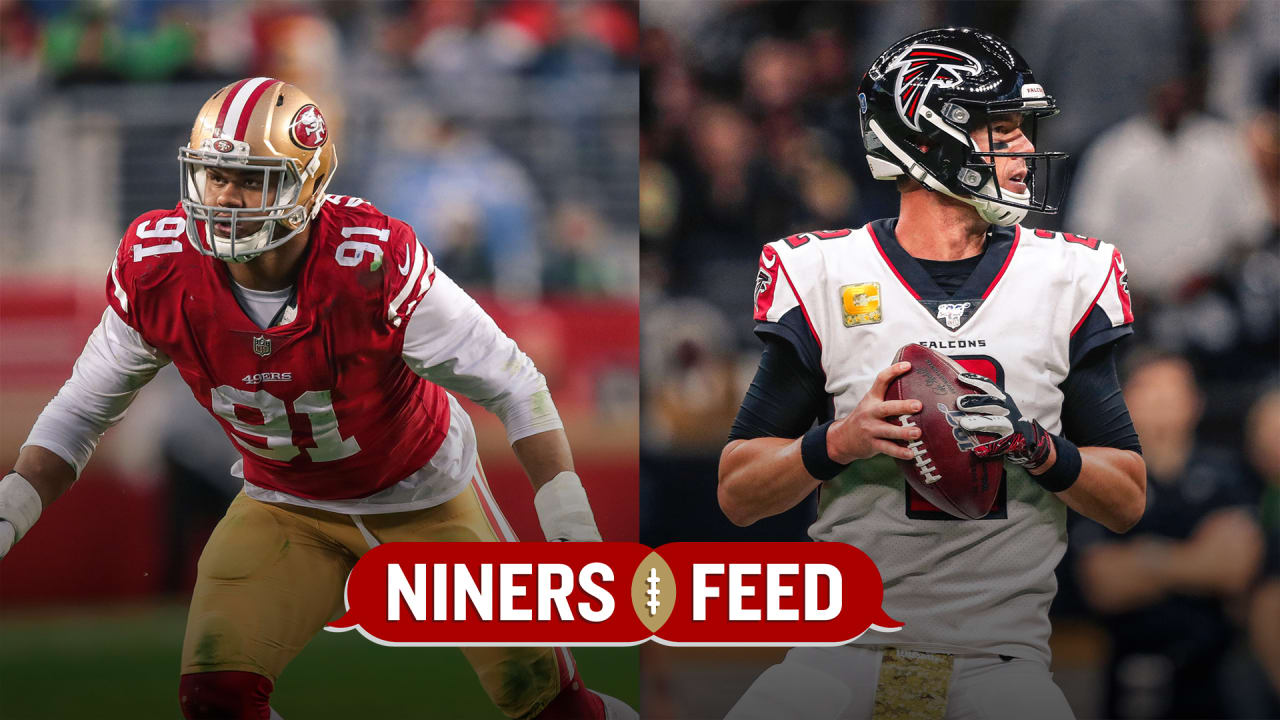 Arik Armstead is putting together a career season in Year 5 – one that could lead him to his first-ever Pro Bowl selection. The five-year defensive lineman leads the team in sacks with 10.0, a career-high for the pass rusher. Armstead has posted 46 total tackles, 11 tackles for loss, two forced fumbles and one fumble recovery. Armstead and the 49ers pass rush will have another stiff test on Sunday as the team takes on Matt Ryan.

The 12-year veteran quarterback has thrown for 3,559 yards, 22 touchdowns and 12 interceptions on the year. Ryan is one of six active quarterbacks on the top 10 all-time passing yards list. His 50,279 career yards ranks fifth among active signal callers. In his six-career games against the 49ers, Ryan has thrown for 1,936 yards, nine touchdowns and six interceptions.

“Matt’s one of the best quarterbacks in our league and he’s been it for a long time,” Kyle Shanahan said of his former quarterback. “Since he came in this league playing as a rookie, all the way up until now. He’s obviously a very talented guy, being the third pick in the draft. How tough he is, how good of a thrower he is, how well he can stay in that pocket. If you do not get to him, he will pick you apart just like the guy who did it to us last week with (New Orleans Saints quarterback) Drew (Brees). You have to get to him and you have to guard his guys. That’s why when he has some receivers, which he seems to usually do, and you give him just one hitch, that’s why he has his numbers year in and year out.”

Tags: he ryan they

Ways to Watch and Listen to 49ers at Giants Week 3