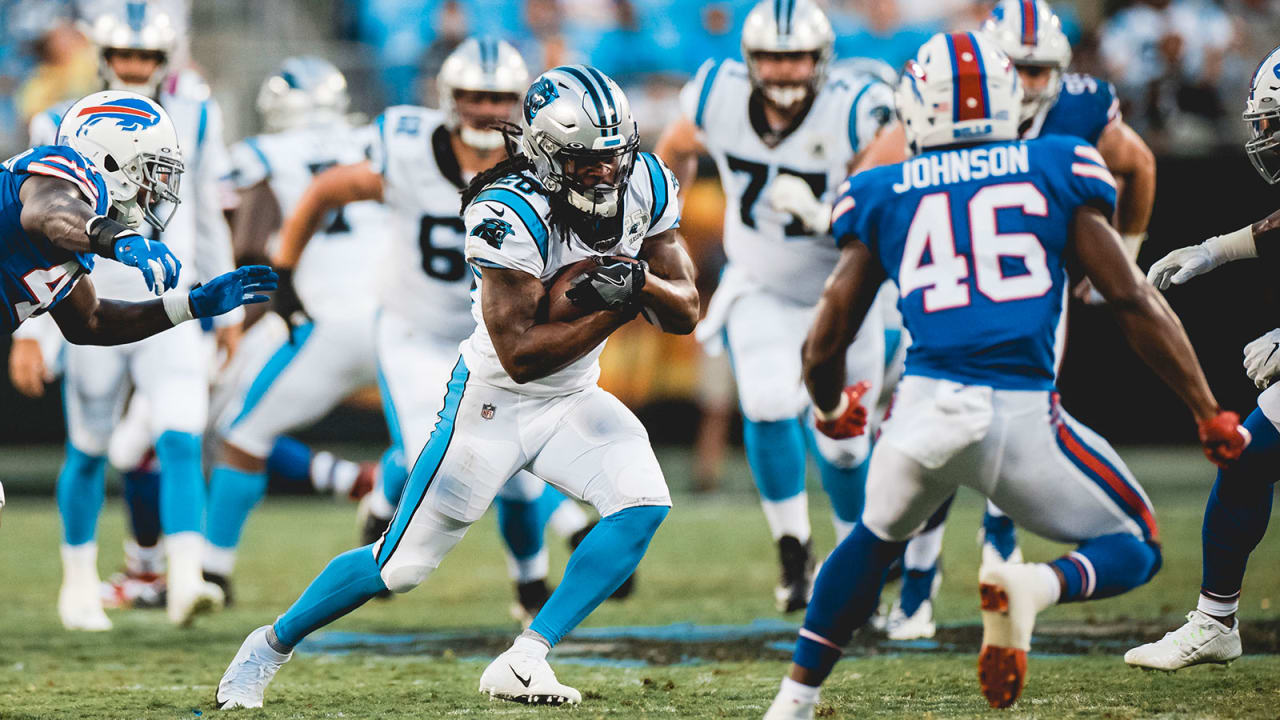 He’s not the only young back with that attribute. Undrafted rookie Elijah Holyfield is another battering ram. He scored two touchdowns against the Bears while Scarlett was watching from home.

“Seeing him score made me happy for him and made me want to respond back with a touchdown as well,” Scarlett said. “We’re here to compete. Also, we’re friends too because we’re all in the running back room taking care of each other.”

The competition for work behind star running back Christian McCaffrey will continue throughout the preseason.

The two rookies are also competing with veteran Cameron Artis-Payne and Reggie Bonnafon, who spent 2018 on Carolina’s practice squad.

“That’s the thing we have to work out and find out exactly who those guys will be,” Rivera said of the options behind McCaffrey. “I think we have some young guys who have some mobility and again we have a couple more games to see what they can do. We have a couple veteran guys who show they can come in and do some other things.

“We will continue to work through it and look at what these guys bring to the table.”

Scarlett has size, strength and the speed to make defenses pay. Now, with a game under his belt, it’s about proving he’s truly ready to make an impact at this level.

“I want to show those coaches that they can trust me out there,” Scarlett said.

My View: Sweet Sight of Victory