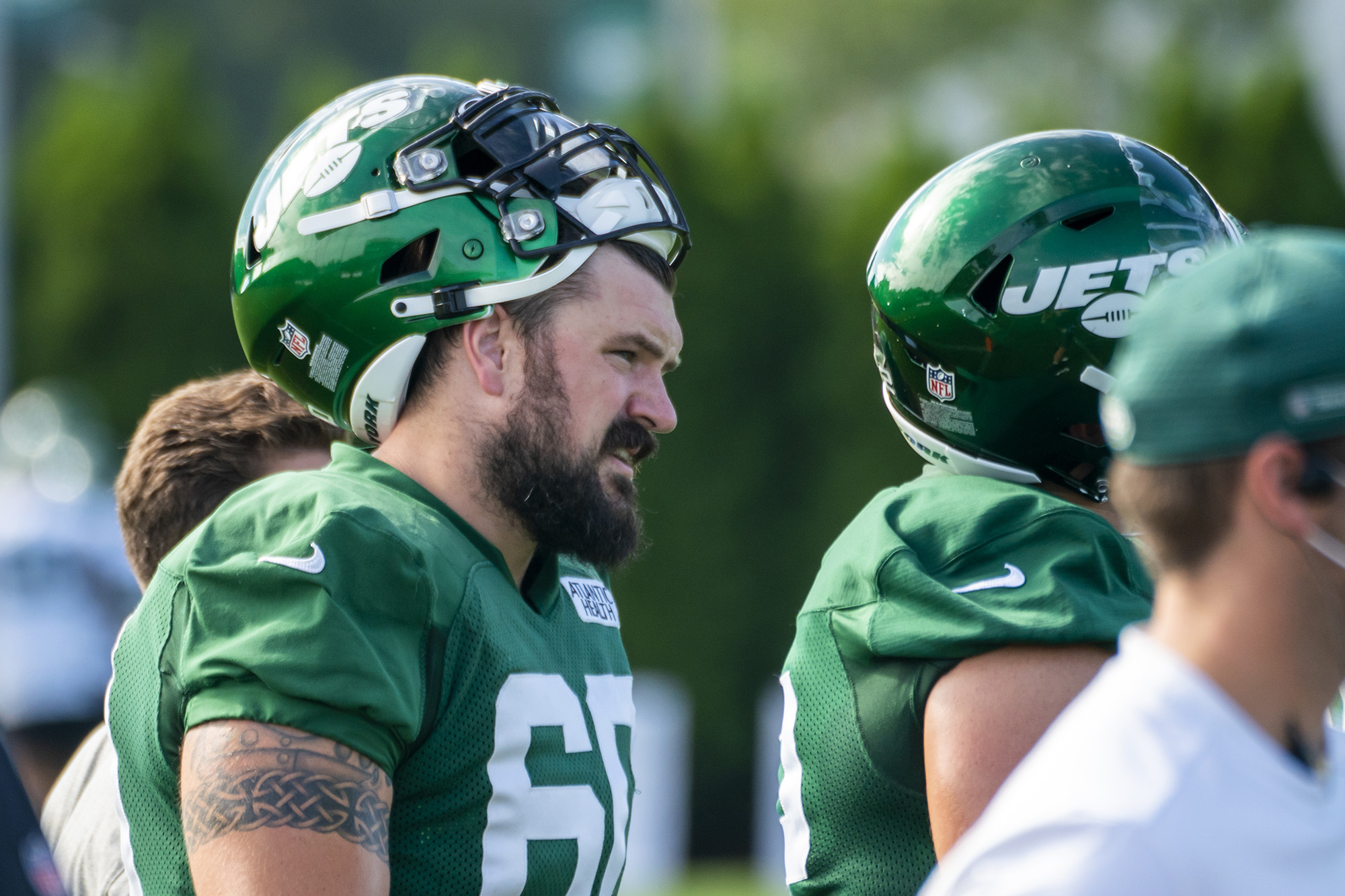 Jets general manager Joe Douglas spent last offseason trying to fix the team’s offensive line. With four new starters this year, the line has looked different, but has it been better?

The line has struggled mightily at times but seems to be improving. The unit had its best game two weeks ago against the Patriots. Center Connor McGovern believes the line is coming together and playing better.

“I feel like the continuity as a whole room has grown a whole lot,” McGovern said. “That’s a question I got a lot early on in camp. Our continuity then grew as friends off the field, because that’s kind of what we could do at that point. Now, on the field, it’s really starting to grow.”

McGovern, one of three starting linemen who signed as a free agent, said the group will improve if they can stay together.

“You look at the great offensive lines in the NFL and in NFL history, they’ve all been together for multiple years,” McGovern said. “I think we’re starting to learn how everybody sets, how everybody run blocks. We’re figuring it fully out how to work as a full unit.”

The truncated offseason because of COVID-19 hurt the Jets on the line, and in other spots where they brought in a lot of new faces.

McGovern had to change the way he snapped the ball in midseason. He had been snapping the ball unconventionally with the tips of the ball parallel to the line of scrimmage instead of the traditional perpendicular. Before the Jets played the Dolphins on Oct. 18, the officials notified the Jets that the Dolphins had complained, and McGovern must adjust the way he snaps the ball. McGovern and coach Adam Gase were upset that they were notified 45 minutes before kickoff.

McGovern said he now thinks he is snapping the ball better than he ever has.

Adam Gase ranks higher than Belichick in this…

Don’t point the finger at Sam Darnold for his Jets…