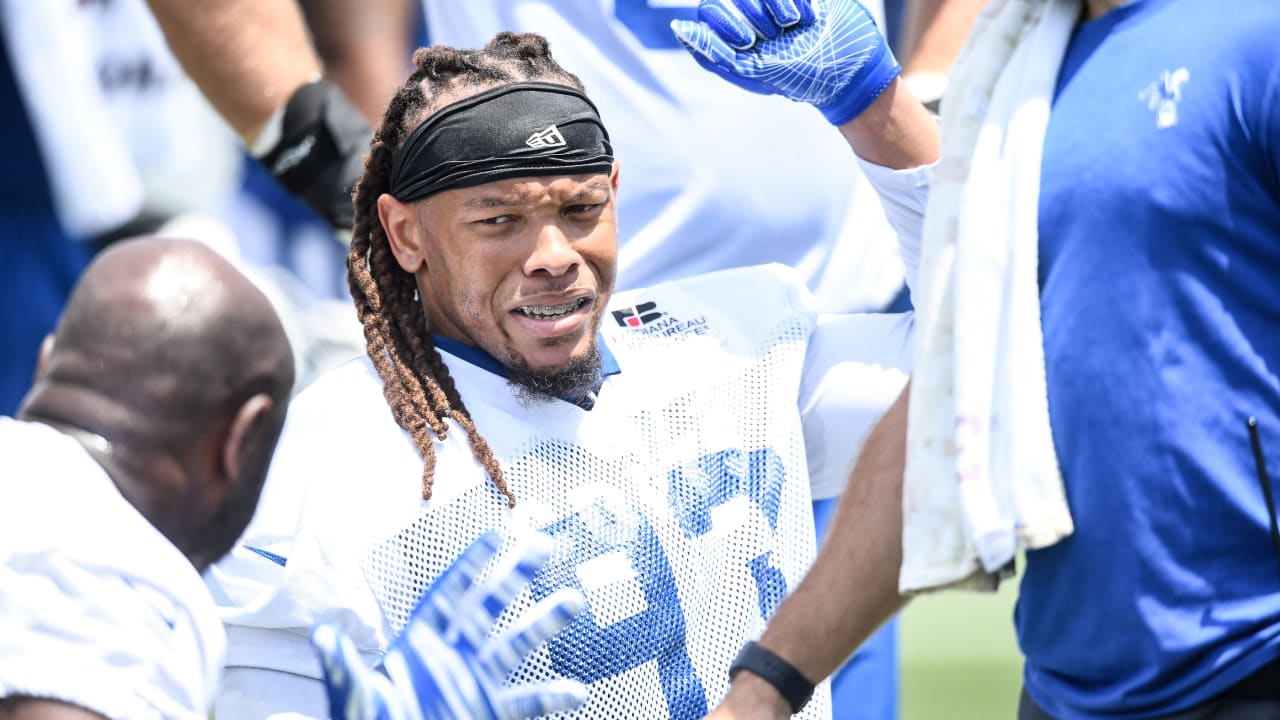 WESTFIELD, Ind. — Jabaal Sheard has been a model of consistency since signing with the Indianapolis Colts as a free agent in 2017, playing in, and starting, all 32 of the team’s regular season games over the past two seasons.

Sheard has also been a model of toughness, battling through his share of bumps and bruises along the way. And as the regular season draws closer, the ninth-year edge rusher is facing yet another challenge.

Colts head coach Frank Reich said Sunday that Sheard is “going to miss some time” as he deals with a knee injury. Whether that means training camp practice time, playing time in the preseason or even regular-season reps is unknown at this point.

Sheard participated in the Colts’ first training camp practice on Thursday, but wasn’t on the field the following day after dealing with “some soreness and swelling in his knee.”

Reich said Sunday that he believed Sheard had an MRI on his knee, but that it’s “still early on” in the evaluation process. Colts owner Jim Irsay said on Saturday that “it’s certainly not a season-ending injury” for Sheard, however.

“I really don’t know at this point,” Reich said when asked if rest or a procedure would be best for Sheard’s knee. “We’ll just kind of let it play out.”

Sheard, 30, has a combined 102 tackles (23 for a loss) with 11.0 sacks, 27 quarterback hits, seven passes defensed, two forced fumbles and one fumble recovery in his two seasons with the Colts.

Sheard has also been one of the league’s top defenders against the run; his 7.6 run stop percentage — plays in which he’s earned a “stop,” or a “loss for the defense,” according to Pro Football Focus — was ranked 11th among all eligible NFL edge defenders in 2018.

Sheard is also counted on as a team captain and leader of the defense.

“Jabaal is just a great pro – his experience and his leadership, No. 1,” Colts defensive coordinator Matt Eberflus said Saturday when asked what the Colts miss when Sheard isn’t on the field. “He’s great at fundamentals and technique in terms of not only himself, but teaching those to the young guys.

“I talked to him (Friday),” Eberflus continued. “He’s doing well. He’s excited about getting back. He’s a definite leader for us.”

With Sheard unable to practice, the Colts have turned to Al-Quadin Muhammad to take his place along the defensive line. Muhammad last season played in 15 games with four starts for the Colts, logging 28 tackles (five for a loss) with two quarterback hits, one pass defensed and one fumble recovery.

The Colts have signed WR Marcus Johnson to their…

Anthony Lynn, Hunter Henry stand up for the…