Cornerback Richard Sherman (calf) and Deebo Samuel (foot) are on short-term injured reserve, tight end George Kittle‘s status for this week is up in the air because of a sprained left knee and they’ve already sustained a handful of other key injuries dating to training camp. That’s on top of losing the season opener to the Arizona Cardinals.

As they head East this week to begin a two-game road swing against both New York teams with a week at The Greenbrier resort in West Virginia sandwiched in between, it’s safe to say the 49ers are already facing the type of adversity that doesn’t usually hit teams until much later in the season when normal wear and tear is more apt to set in.

“It’s a challenge, but you always have something like this each year,” coach Kyle Shanahan said. “It’s hitting us pretty hard right now.”

Indeed, the 49ers have been hammered by injuries at a few spots, namely wide receiver, cornerback and center.

In addition to Samuel at receiver, the Niners lost Jalen Hurd (torn ACL) for the season in training camp, veteran Travis Benjamin opted out and Richie James Jr. is dealing with a hamstring injury. Rookie wideout Brandon Aiyuk missed the first game with a hamstring injury though he’s back in the mix and expected to play this week against the Jets, barring a setback.

At center, the team will be without starter Weston Richburg (patellar tendon) for at least the first six games. Backup Ben Garland missed the first game because of an ankle injury, though he is also expected back on Sunday.

It’s a list that even Santa Claus would find arduous to read but is particularly jarring given how early in the season it is.

“Definitely some adversity,” running back Jerick McKinnon said. “We’ve got a lot of depth so when an injury happens, it’s the next guy up. The next guy has to step up, fill in that role and fill in that role as best he can. Yeah, it’s a little bit of adversity but this team has been through so much adversity since I even first got here so it’s nothing new. Just have got to find a way to get the job done.”

Indeed, the 49ers must find a way to get the job done, particularly in the next few weeks with winnable games against the Jets, Giants, Philadelphia Eagles and Miami Dolphins. Last season, the Niners found themselves in a similar situation about a quarter of the way through the season when they lost key cogs like tackles Joe Staley and Mike McGlinchey and fullback Kyle Juszczyk. They survived because little-known players such as Justin Skule, Daniel Brunskill and Ross Dwelley successfully filled the void as they rattled off an 8-0 start before their first loss. 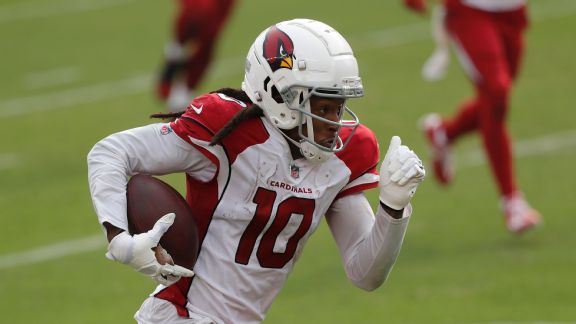 • Hopkins aims for Super Bowl with Kyler
• Time to reset expectations for Tampa
• Pats retool playbook for Cam? Not really
• Possible triple receiving threat in Dallas
• If Darnold fails, time to look at the draft

That same type of production will be needed this time from the likes of Witherspoon, who is expected to replace Sherman, Kendrick Bourne, who is still in for Samuel, and others, like soon-to-be-signed wideout Mohamed Sanu.

“We’ve dealt with this before,” quarterback Jimmy Garoppolo said. “I think every team, you’ve got to deal with your injuries. Next man up mindset, but in the past, you’ve got to rely on the guys that you can trust. They earn that in practice.”

According to linebacker Fred Warner, the Niners have already flushed last week’s loss to Arizona and their focus is solely on the Jets. Still, it’s hard to put together a game plan when you have so many moving parts. The 49ers know they must move on quickly, and after turning a 4-12 2018 into a 13-3 2019, nobody knows better than the Niners that the distance from a pat on the back to a kick in the rear is a matter of inches.

The good news? If San Francisco can weather this storm, they should get Samuel and Sherman just in time for the meat of the schedule because the new injured reserve rules allow unlimited players to return after just three weeks.

“It allows you to manage some stuff differently,” Shanahan said. “… So, it’s a challenge and some stuff is still up in the air, but it’s not our first time doing this.”

Mike Tomlin: No excuses if Week 4 turns into…

Eagles have one healthy receiver at practice