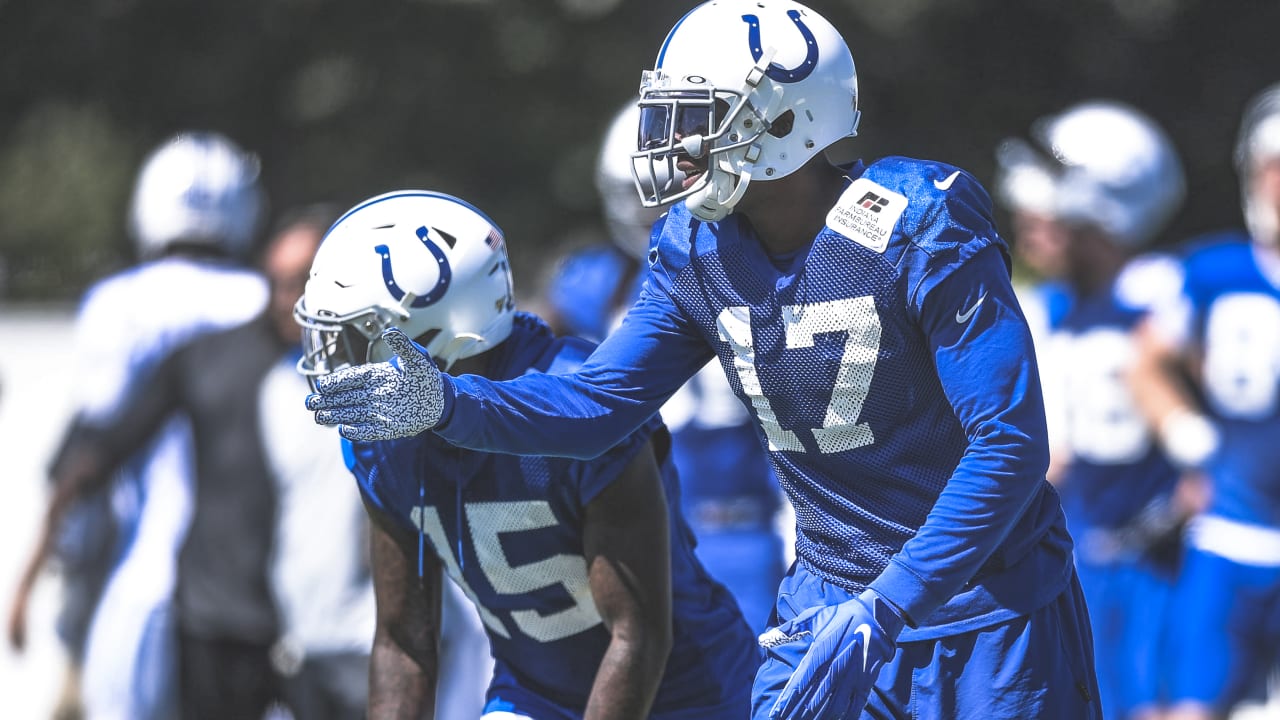 INDIANAPOLIS — Big No. 17 could soon be making his return to the practice field for the Indianapolis Colts.

Head coach Frank Reich announced Wednesday that the plan is for wide receiver Devin Funchess, who was placed on injured reserve with a collarbone injury after the team’s season opener against the Los Angeles Chargers, to officially make his return to practice next week.

That will set in motion a 21-day window for the team to decide whether to officially move Funchess back to the active roster, or revert him to IR for the rest of the season. The earliest Funchess could return to game action is the Colts’ Week 11 home matchup against the Jacksonville Jaguars.

Funchess was eligible to return to practice as soon as this week, but Reich said Wednesday that the team will likely bump that date back another week as a precaution.

“We’re going to be patient with him and the whole timing thing,” Reich said. “So Devin will probably not go this week; it’ll probably be next week.”

Funchess suffered a broken collarbone in the fourth quarter of the Colts’ overtime Week 1 loss to the Chargers in Los Angeles, landing hard on his shoulder as he tried to make a tough catch in the end zone. Funchess underwent surgery the following day, but Reich indicated at the time that the injury was not believed to be season ending.

The 6-foot-4, 225-pound Funchess was one of the Colts’ key free-agent signings this offseason. In his first four NFL seasons with the Carolina Panthers, he had 161 receptions for 2,233 yards and 21 touchdowns across 61 total games, with 40 starts.

Funchess had three receptions for 32 yards in his Colts’ debut against the Chargers, none of which were bigger than his eight-yard reception on 4th and 3 from the Chargers’ 49-yard line during the Colts’ final game-tying drive, as he dragged cornerback Brandon Facyson about four extra yards before being brought down on the Indianapolis sideline.

With Funchess out of the lineup, the Colts (4-2) have turned to a mixture of receivers behind starter T.Y. Hilton; Zach Pascal (13 receptions, 239 yards, three touchdowns), Chester Rogers (eight receptions, 96 yards, one touchdown) and Deon Cain (four receptions for 52 yards) have combined for 25 receptions for 387 yards and four touchdowns this season.

Rookie Parris Campbell (10 receptions, 62 yards, one touchdown), meanwhile, has been out the last two games with an abdominal injury, but made his return to practice on Wednesday.