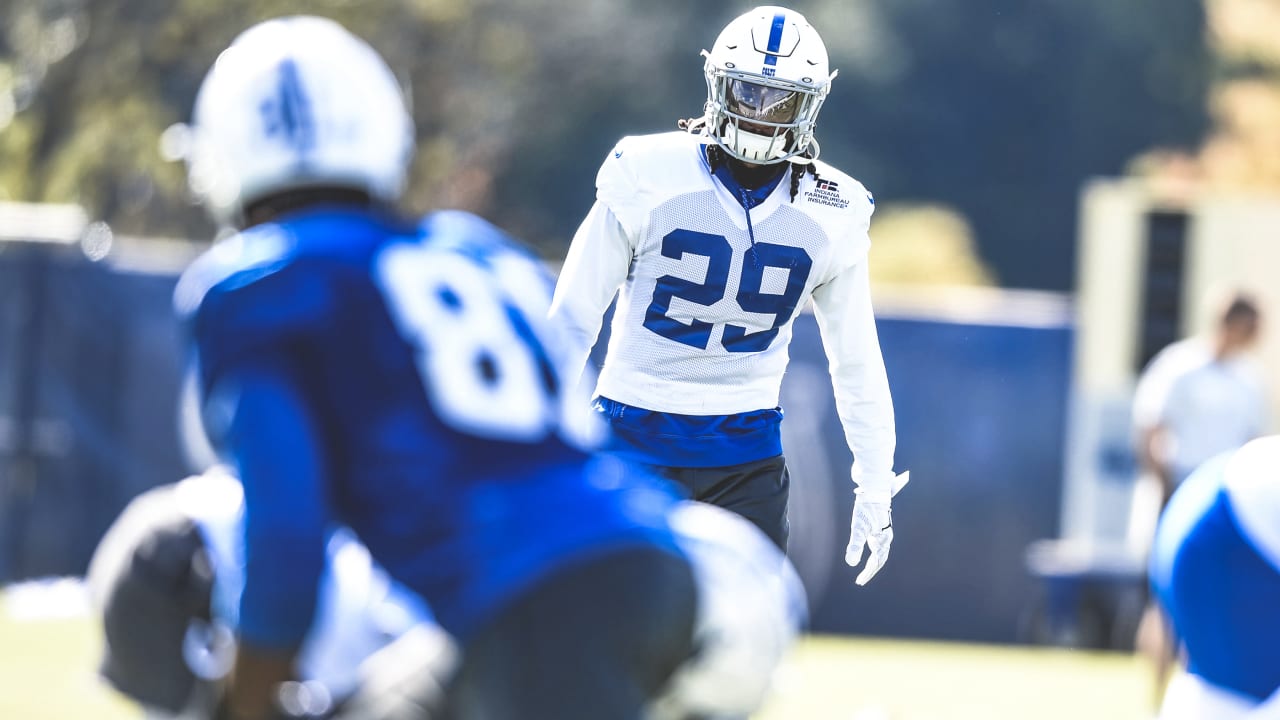 INDIANAPOLIS — The Indianapolis Colts have flexed their safety depth muscles in their last two games, both impressive wins over the Kansas City Chiefs and the Houston Texans.

But the defensive reinforcements have slowly but surely been working their way back. The Colts saw one starter at safety, Clayton Geathers, return from injury last Sunday against the Texans, and the team could very well see its other starter make his return this week.

Free safety Malik Hooker, who has missed the last three games with a knee injury, said Tuesday that all signs point to “go” for him to play this Sunday, when the Colts play host to the Denver Broncos at Lucas Oil Stadium.

“I’m good this week,” Hooker said. “I’m cleared to play this week from what I’ve been told last week. So, I mean, I’m full go — (was) back into practice full go last week — so I’m back on a regular routine.”

Hooker suffered the injury to his left knee in the third quarter of the Colts’ Week 3 game against Atlanta Falcons. Hooker was eventually able to return to the game, but reported feeling more “discomfort” in his knee after the Colts wrapped up their 27-24 victory, head coach Frank Reich said.

Expected to miss “a few weeks,” according Reich, Hooker was able to get back on the practice field last Thursday as the Colts prepared for their Week 7 matchup against the Texans.

And while Hooker had advanced to full participation by Friday’s practice, the team decided to label him as doubtful for the Texans game — and eventually hold him out of the contest — as a precaution.

“I was very close (to playing),” Hooker said. “I was over definitely 90 percent being able to play, but like I said we’re strong on the back end, so there’s no point this early in the season in trying to go out there (and) risking a setback, especially how early I was in the process. I was still only three weeks out last week.”

With Hooker — who has 10 tackles, an interception and a pass defensed on the year — out the last three games, the Colts have mostly relied upon Khari Willis and George Odum to take his place at free safety. Willis, a rookie, has excelled with the added opportunities, with 17 tackles and a pass defensed combined against the Oakland Raiders, Chiefs and Texans; Odum, meanwhile, has a combined 10 tackles and a forced fumble over the last two weeks.

Adding Hooker back to the mix, potentially as soon as this Sunday against the Broncos, is an exciting prospect for the Colts and defensive coordinator Matt Eberflus.

“Just the range and the ball skills,” Eberflus said Tuesday, when asked what Hooker, the former first-round pick, brings to the table at free safety. “He’s had a great minicamp and training camp and first part of the year. This is the best we’ve all seen him look. We’re excited to get him back and we’re excited for his roles that he’s going to play with us. We’ll see how it goes.”

WR DeMichael Harris on deciding to sign with Colts…