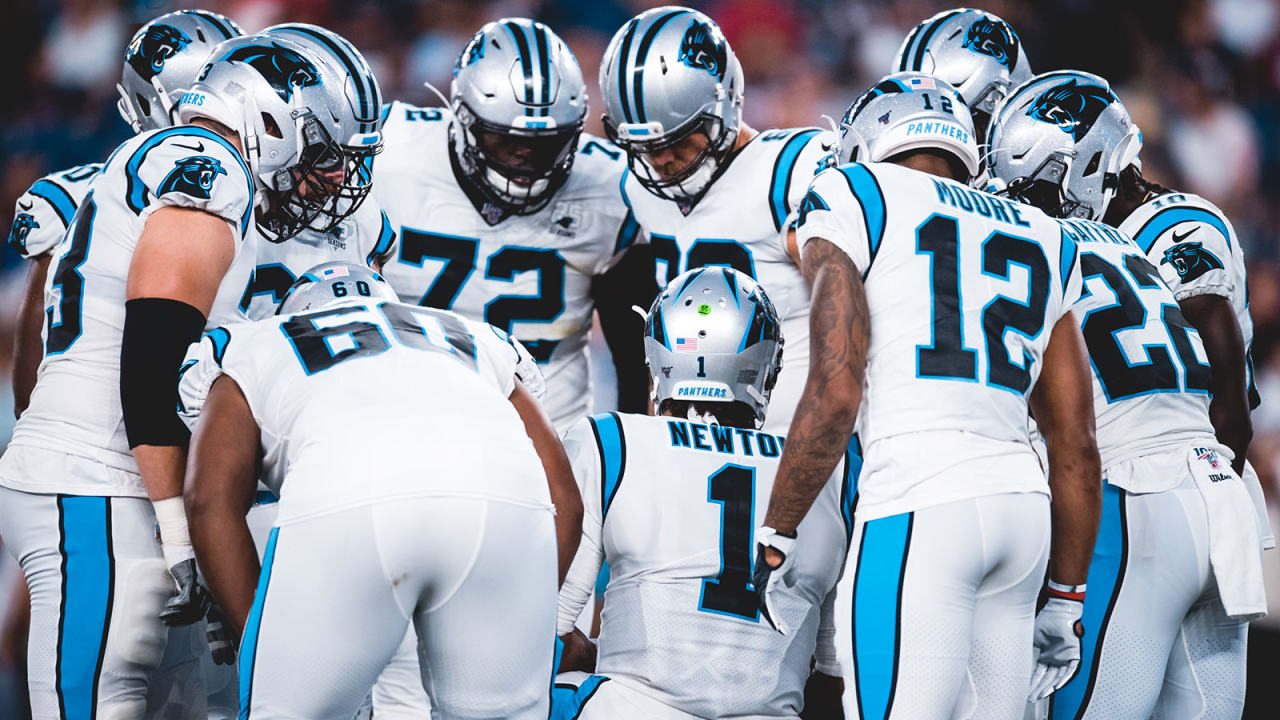 The first series of the game came and went quickly. McCaffrey rushed twice without much push up front before Newton completed a short pass to wide receiver DJ Moore for three yards on third-and-7.

It was another three-and-out the next time out. A four-yard pass to Olsen was followed by a sack. Linebacker Kyle Van Noy came flying off the edge and rammed into Newton. McCaffrey took a delayed handoff for 13 yards on third-and-15.

The third series would prove to be the last for Newton, McCaffrey and Olsen. It started well with a 13-yard pass to wide receiver Curtis Samuel and a 10-yard completion to McCaffrey. Then came two straight incompletions, and on third-and-8, Newton danced around the rush trying to keep the play alive before going down for another sack. He proceeded to limp off the field with a foot injury that had him in a boot postgame.

Their own 31-yard line was the furthest Newton and the first-team offense advanced the ball in three possessions. That’s not exactly how they wanted this to go.

“There’s a fine balance between understanding what we’ve been working towards and what we’re obviously going to do in preseason games are very different,” Olsen said. “But at the same time, there is no magic wand that, ‘OK, this is a real game against the Rams, let’s go be good.’ You’ve got to learn to be good at all times, whether it’s practice, whether it’s the second game, the first game, the third preseason game – it doesn’t matter…

“There’s a process about being good, and we’ve got to be better at that.”

The next two possessions weren’t any better for quarterback Kyle Allen, who got a chance to work behind the starting offensive line. It was two more three-and-outs, with defensive lineman Michael Bennett coming straight through the middle to sack Allen on the second third down.

“The disappointment was really what happened up front,” head coach Ron Rivera said. “You know, I thought those guys played well the first couple weeks and did some good things. All the sudden, we made too many mistakes to give ourselves a chance.

“It’s unfortunate. It happened early in the game and then it happened a couple other times.”

Brian Burns limited in first practice of the week

Jamison Crowder remains out of practice for Jets