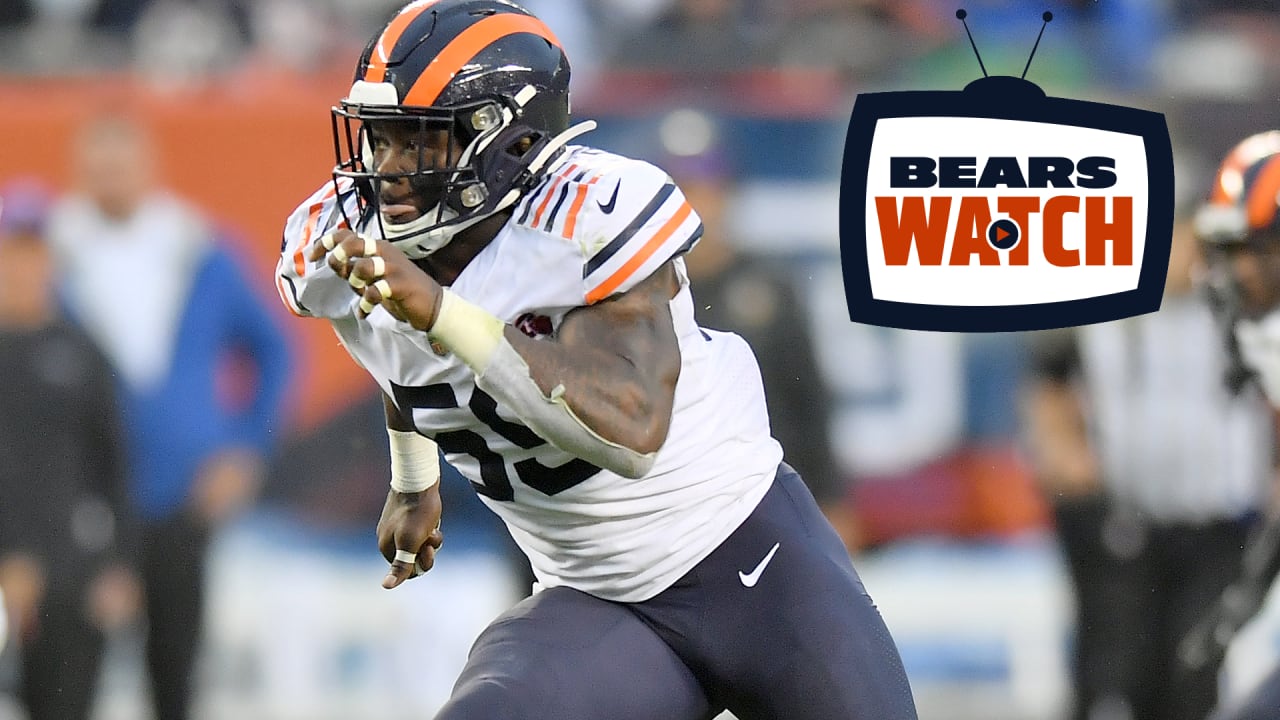 BEARS ON THE RADIO

Fans in the broadcast area can watch Bears games live and for free via ChicagoBears.com on Safari mobile web, the iOS version of the Chicago Bears Official App and by downloading the Yahoo Sports App.

The best way to watch the game is in-person. Purchase face-value tickets and verified resale tickets by clicking here. Ticketed entry to Bears games is exclusively via smartphone. For assistance with mobile ticketing, visit the Mobile Ticket Guide on ChicagoBears.com.

Bears Postgame Live brought to you by United Airlines will broadcast on My50 and live streamed on the Chicago Bears Official App immediately following the end of the game.

Access full-broadcast replays, condensed games and all-22 coaches film at NFL Game Pass. Sign up for a 7-day trial.

How many sacks, takeaways will Chicago Bears…

Chargers have one positive COVID-19 test

Could this trade by the Seahawks land them Texans’…