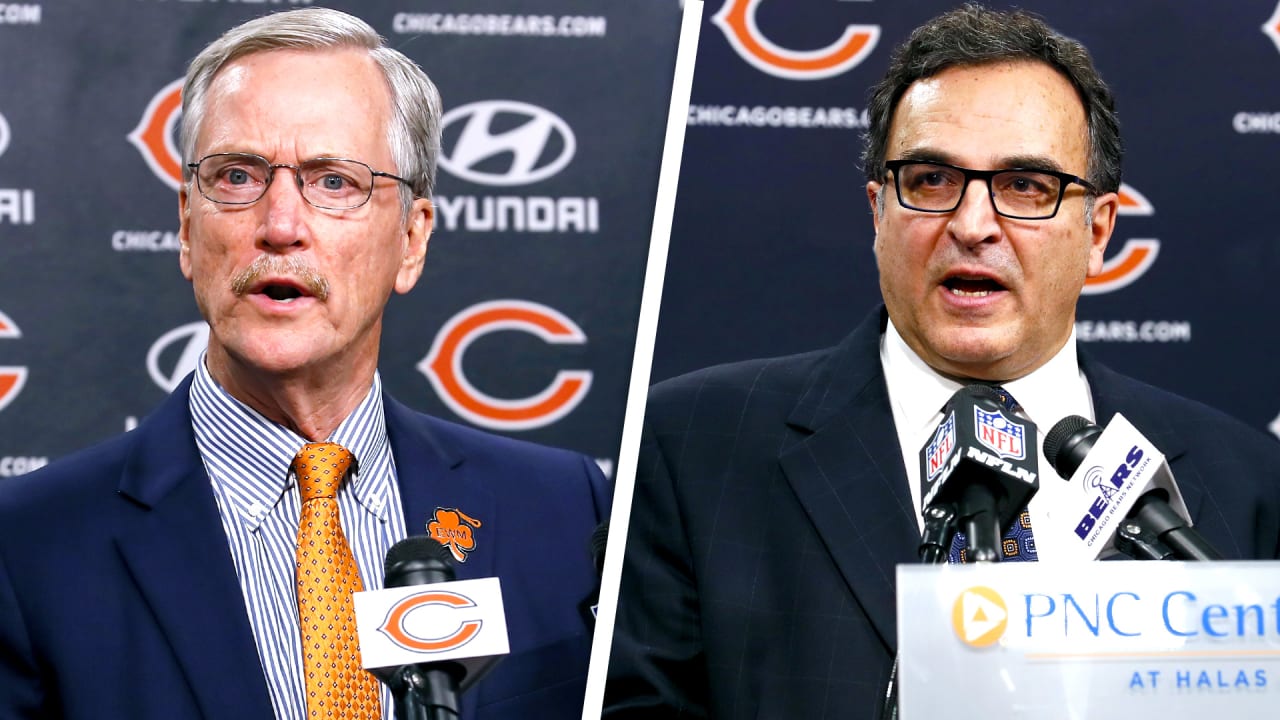 On the decision to retain general manager Ryan Pace and coach Matt Nagy:

McCaskey: “My approach to an evaluation process is to take an individual’s body of work, and based on that body of work—not on any one decision or any one game or any one season—say, ‘Does that merit continuing with that person?’ And in the case of both Ryan and Matt, we decided that the answer to that question was ‘yes.'”

On what proof there was in 2020 that the Bears are making meaningful progress toward winning a championship:

McCaskey: “Well, we added some more talented players this year. Darnell Mooney is a good example, a lower-round draft pick that Ryan and Matt found that blossomed this year and became a key part of our offense. We need to keep doing more of that. The larger question was how well the team stuck together during adversity. Usually when you go through a losing streak like that, people start pointing fingers, people start passing blame. That just didn’t happen with our team. And like I said, that’s a credit to both the players and to Ryan and Matt for accomplishing that … We’re not satisfied with where we are now, but we think both Ryan and Matt are the people best able to lead us to success.”

On whether Pace or Nagy have received a contract extension and where the bar is set in 2021 in terms of the improvement that must take place:

McCaskey: “Neither Ryan or Matt received a contract extension. As far as what we need to see, we need to see progress. It’s not a certain number of wins. We don’t know what’s going to happen in the 2021 season. We just had an unprecedented event during the 2020 season, so we don’t know what injuries are going to occur, what other challenges are going to arise, but we’ve got to see progress.”

On when the good culture that has been established at Halas Hall will result in a winning football team:

Phillips: “When you sit back and you look at what makes a successful organization besides wins and losses, it’s the people that you have. It’s whether or not they can put their egos down. It’s whether or not they can look at situations, self-reflect, admit to their mistakes and try to find learnings from not just their mistakes, but the successes that they’ve had and build off of those. Has it happened as fast as we’d like it to? No, it hasn’t. That’s why we’re sitting here now saying we do trust Ryan and Matt. We need to see improvement. As we’ve read many times over the last few weeks, there’s a desire to fire everyone: ‘When you don’t win enough games, fire everyone.’ That is not a recipe for success, in our opinion, when you believe in the people that you have who can learn from their mistakes. If there was finger-pointing, we would understand that. That is not a recipe for success. That is not a good culture. We don’t have that. Many teams, when you lose six games in a row, will fall and they will finger-point, as George pointed out. And they won’t recover from that. We did. Did we do well in the playoffs? No. We haven’t won any playoff games in Ryan and Matt’s tenure. That’s not good enough. But we do think the foundation is in place, and they’re both solution-oriented and we’re expecting improvement [in 2021].”

On having faith in Pace and Nagy and why you have confidence in Pace taking another swing at stabilizing the quarterback position:

McCaskey: “I think it’s the way they collaborate. Matt’s been involved in player personnel decisions since he arrived here. Of course, Ryan has the final say on selection and roster decisions, but it’s how well they work together. Like I said, they have vigorous discussions and we think that their collaboration will result in the right decisions for the Bears.”

Eli Manning hopes to be more involved with New…