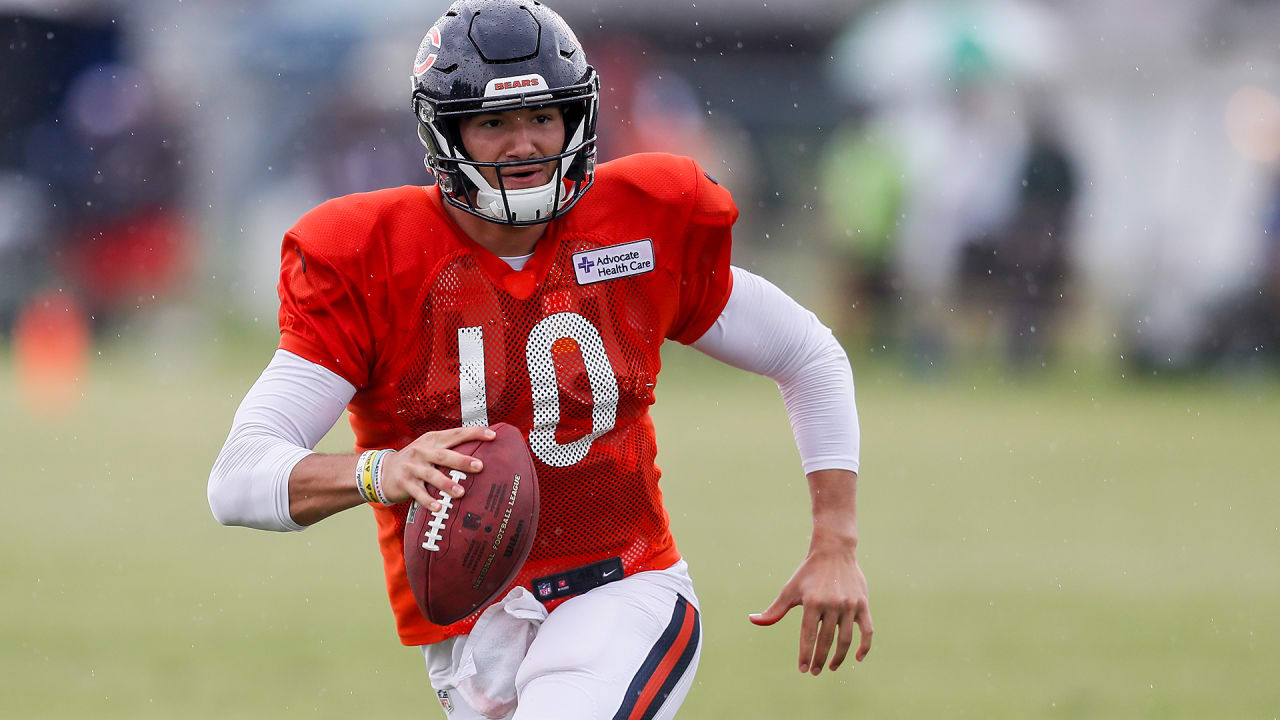 “I’m looking at mistakes and I’m looking at areas I’ve grown in,” said Trubisky, a third-year pro who played in his first Pro Bowl last season. “And when we have a mistake on the field, I make sure I’m talking to my guys and make sure we’re fixing it.”

In terms of his own game, Trubisky focuses on his eyes, footwork, fundamentals and reads, making sure that he’s throwing the ball where it’s supposed to go on a given play based in part on what he sees from the defense.

Trubisky, who has been described by coaches as his own harshest critic, plans to keep trying to be a perfectionist while also appreciating the growth he’s making. He isn’t worried about whether he’s too tough on himself, only how he performs on the field.

“It’s not that I’m easy on myself or hard on myself,” Trubisky said. “There’s an expectation that I’ve got to do my job and either I did my job or I didn’t on every single play. That’s all I can control, really.

“Am I doing my job? Am I putting the ball where it needs to be? Am I getting everybody on the same page so that we can be successful as an offense? It’s kind of black and white in that facet, so I’m just trying to do my job and making sure I’m getting better each play.”

Doing his job against one of the NFL’s top defenses in practice is something that Trubisky considers “a challenge every single day.” The unit is led by three first-team All-Pros in outside linebacker Khalil Mack, safety Eddie Jackson and cornerback Kyle Fuller, as well as Pro Bowl tackle Akiem Hicks.

“You’ve got to embrace that as a competitor,” Trubisky said. “We’re just pushing each other on both sides of the ball. We know our defense is going to get us on some plays, but as an offense if they stop us or they have a positive play on defense it’s got to be a next-play mentality because we know we can get them the next play.

“I thought they got us in two-minute today and then we had a little bit red zone success. It’s all about that positive mindset, putting the last play behind us and doing better the next play and we did a lot better job of that today than we did yesterday, so I would say that’s growth for us.”

Trubisky showed a lot of growth in his first season under Nagy last year, completing 66.6 percent of his passes for 3,223 yards with 24 touchdowns, 12 interceptions and a 95.4 passer rating in helping the Bears win the NFC North championship with a 12-4 record.

Heading into their second season together, Trubisky is much more familiar with the coach and the system he runs.

“Just being in the offense for a whole year already I know what he expects out of each play and what we’re kind of thinking mindset-wise,” Trubisky said. “So it’s just going through that, continuing to work on the details, going through all the adjustments of each play and kind of just being an extension of him and doing exactly what he wants within each play.”

Tags: he his trubisky

5 things you may not know about Bears safety…

Inbox: That would also fit

Steelers-Titans game will not be played in Week…