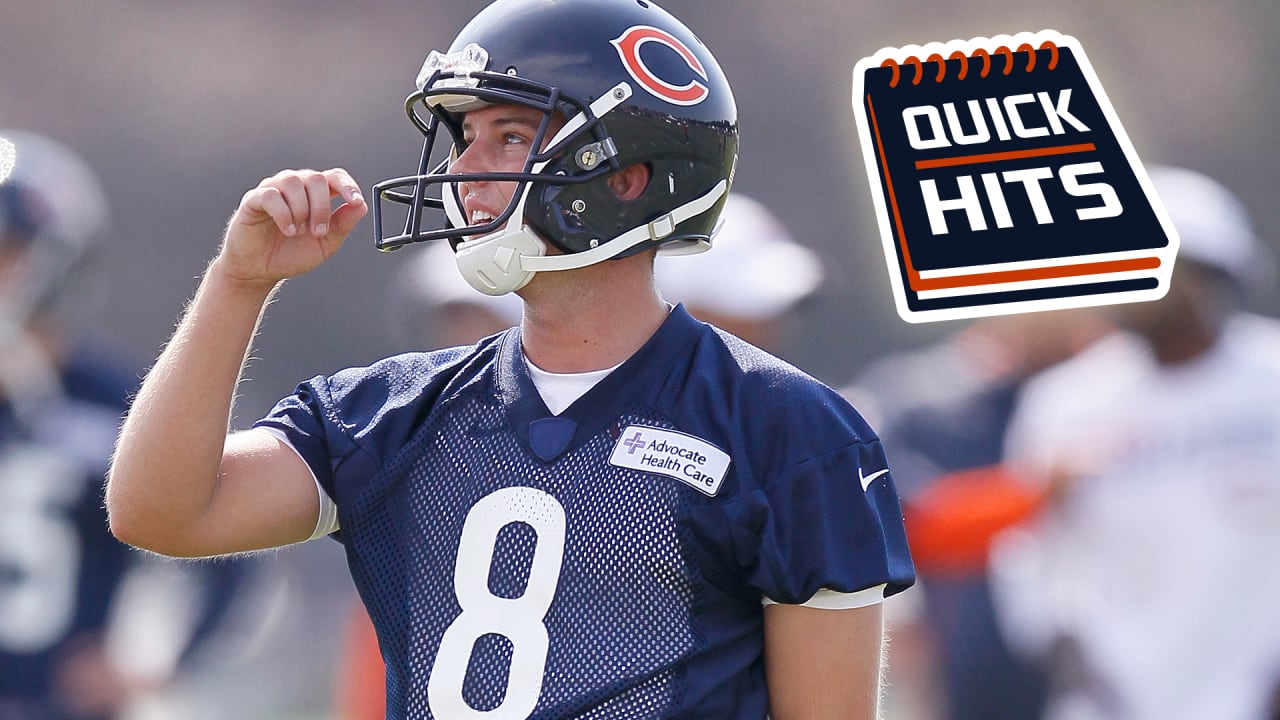 So far so good: Quarterback Mitchell Trubisky has liked what he’s seen from the two kickers early in training camp.

“They’re doing good; looks like they’re making them,” Trubisky said. “it’s going in the right direction. They’re just going to keep competing, keep battling it out and we’re just going to continue to come together as all three units— offense, defense and special teams—and make sure we’re pushing each other in every drill we do.”

Sitting out: Tight end Adam Shaheen missed practice for the second straight day due to a sore lower back.

“We’re being a little bit cautious,” Nagy said. “I think he definitely got better from yesterday, but coming out here with the weather and where he’s at, it didn’t make sense for him to be out there.”

Last summer Shaheen was performing well in training camp before he sustained foot and ankle injuries in a preseason game in Denver that forced him to miss the first nine regular-season contests.

Nagy insisted that he’s not worried about Shaheen’s latest injury.

“I personally don’t look at it as too much of a concern,” said the Bears coach. “We want Adam to be healthy for Week 1, so whenever that is there is no need for us to push anything. I’m not real concerned about it.”

Special fans: Nagy was blown away by the fan support the Bears received over the weekend, with a total crowd of 17,198 attending practices Saturday and Sunday.

“I’ve never seen anything like it, I really haven’t,” Nagy said. “We talk about it in our team meetings; this city and these fans are special and you feel it.

“The support and the backing that we have is just so powerful that it juices you up a little bit and it makes me just want to play so well for these fans. It’s what they deserve.”

Tags: out re shaheen

How to watch, listen to Chicago Bears vs. Detroit…

Offensive rookie of the year is becoming more of a…