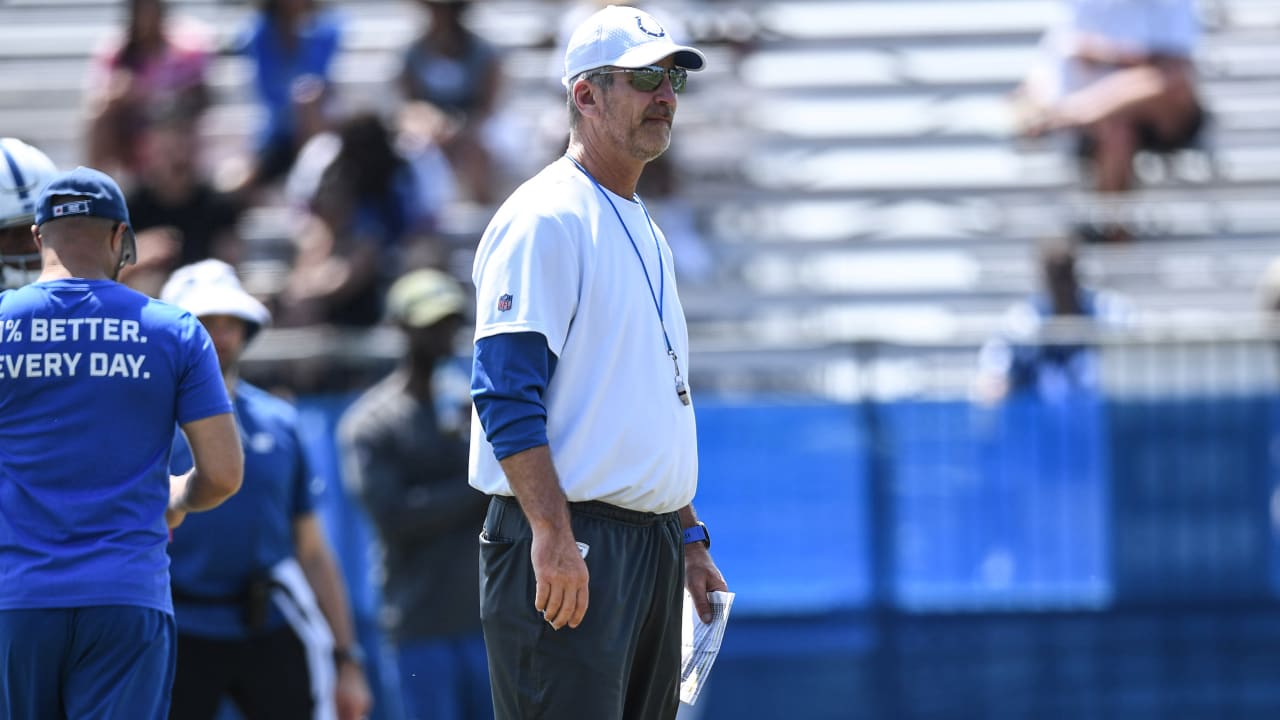 WESTFIELD, Ind. — Frank Reich is a big subscriber to the theory that a team plays like it practices.

So as he enters his second training camp as the Indianapolis Colts’ head coach, there’s only one speed that’s acceptable in practices as it relates to games: fast.

The Colts held their first training camp practice of the year Thursday at Grand Park Sports Campus in Westfield, Ind., and the primary goal of the day was getting everybody on board with not only executing various plays at a high level, but moving at an accelerated pace — both physically and mentally.

And how’d the team respond?

“Even though we weren’t in pads I thought the guys did a really good job of practicing super fast, being smart, avoiding collisions, so it was a good start,” Reich said.

The Colts have one more practice in shorts and helmets Friday before throwing the pads on for the first time on Saturday. The team practiced in full pads for 12 out of their 18 training camp practices last year, benefitting greatly from turning up the intensity and being able to better simulate game-like conditions.

What were some other takeaways from Reich’s Thursday press conference?

DeForest Buckner will not play Sunday

Deshaun Watson is in a league of his own since the…

Scouting Report: Ravens Look To Climb Out Of…