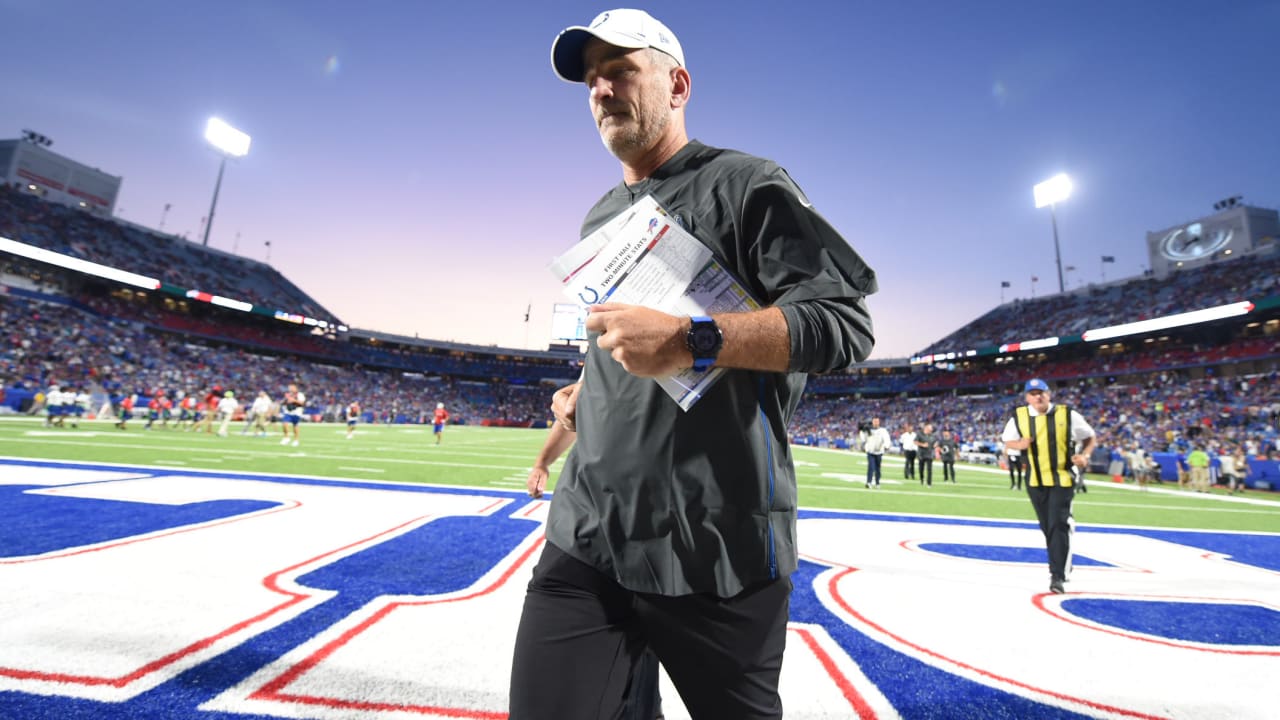 ORCHARD PARK, N.Y. — Frank Reich doesn’t care how “vanilla” his playcalling is in preseason games — he wants his team to run the ball with success.

The Indianapolis Colts didn’t get that result out of its first-team offense in Indy’s preseason opener Thursday night against the Buffalo Bills, giving the second-year head coach plenty to mull over as the team returns to Indiana for its final week of training camp practices.

“What we talked about in there, real briefly, is the way we roll is we gotta be real critical of ourselves — coaches and players,” Reich told reporters after the game. “How can we get better? How can we learn from this film and have a great week and get a lot better this week?”

Led by backup quarterback Jacoby Brissett, the Colts’ first-unit offense was on the field for three total drives. The Colts attempted six run plays during that span, all by Nyheim Hines, and gained a combined one rushing yard.

While Reich admitted that he wasn’t exactly calling the most exotic run designs Thursday night, he has confidence in his offense that it can get the job done in even the most simple of play calls. But, as Reich said of the first-team’s effort after the game, “We couldn’t run the ball at all.”

“Yeah we were vanilla … but it shouldn’t matter in the run game,” Reich said. “You know, we were expecting to run the ball. We know this is a very good run defense — Leslie Frazier is a great defensive coordinator; this defense is always tough to run it against year in and year out. But that was disappointing.”

The Colts were able to pick it up on the ground a bit once quarterbacks Phillip Walker and Chad Kelly took over, and finished with 105 total net yards on the ground. Kelly, who had a 33-yard touchdown run, led the way with four rushing attempts for 53 yards, and was followed by Aca’Cedric Ware (eight rushes, 25 yards) and Jonathan Williams (eight rushes, 24 yards).

But as the players and coaches pour over the film tonight and heading into tomorrow’s day off, one can imagine there will be plenty of teaching points in the run game when the team returns to practice on Saturday.

By that point, the team will have five training camp practices remaining: Sunday through Tuesday, a day off Wednesday, and then the Cleveland Browns come to town for two joint practice sessions before the Colts break camp and take on Cleveland Aug. 17 in their second preseason game at Lucas Oil Stadium.

“You know, the first day we’ll be a little bit lighter, and then we’ll go two hard days, and then we’ll have that day off before the Browns come in,” Reich said. “And this is a great week; camp will be over before you know it, so we want to take the most of every rep out there in training camp in the time we have there.”

What started as a slugfest between two divisional…