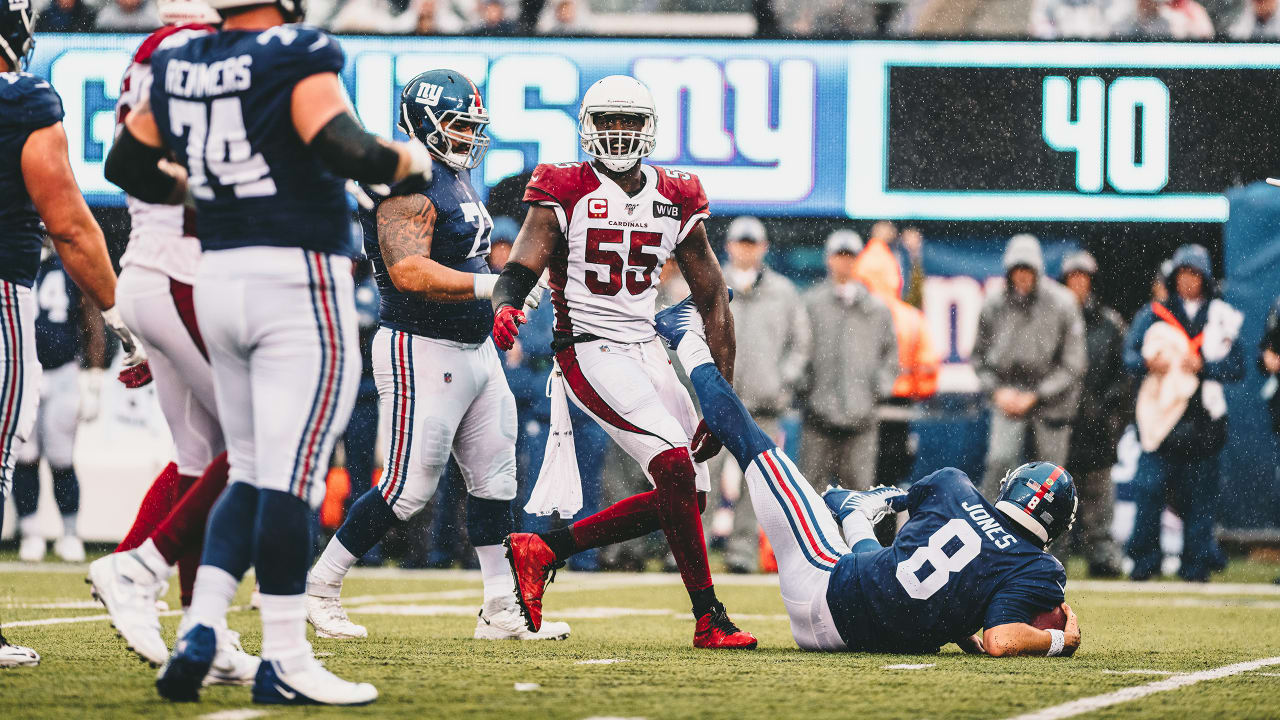 Chandler Jones wasn’t named as one of the league’s top 100 players when the NFL put out its list during the preseason.

But he was named the best defensive player in the conference Wednesday morning.

The Cardinals’ linebacker dominated Sunday in New York, sacking Giants quarterback Daniel Jones four times, and earned the NFC Defensive Player of the Week award seven days after teammate and quarterback Kyler Murray won the same award on the offensive side of the ball.

The respect Jones gets – or, rather, doesn’t get – has been a topic of conversation since Jones went missing on the top 100 list. Jones, however, tends to shrug his shoulder at the talk.

“I don’t know if I would use it as motivation, honestly,” Jones said. “I feel like I’m at a point in my career where I just let those people vote and I just do my job and try to do what I can on Sunday’s to help the team win.”

It’ll be hard to ignore Jones with games like Sunday’s. Jones was just the fifth player in the last 20 seasons to have four sacks, a forced fumble and a fumble recovery in the same game. For the season, Jones is up to 8½ sacks, four forced fumbles, three fumble recoveries and two passes defensed. He became the third Cardinal to notch four sacks in one game, joining Curtis Greer in 1983 (who had 4½) and Bertrand Berry in 2004.

It’s the second time Jones has won the award since coming to the Cardinals – he took it home in Week 5 last season – and the third time he has won a defensive player of the week award in his career.

Cardinals Bring Back Markus Golden In Trade With…

[The Philadelphia Inquirer] – Five reasons why the…