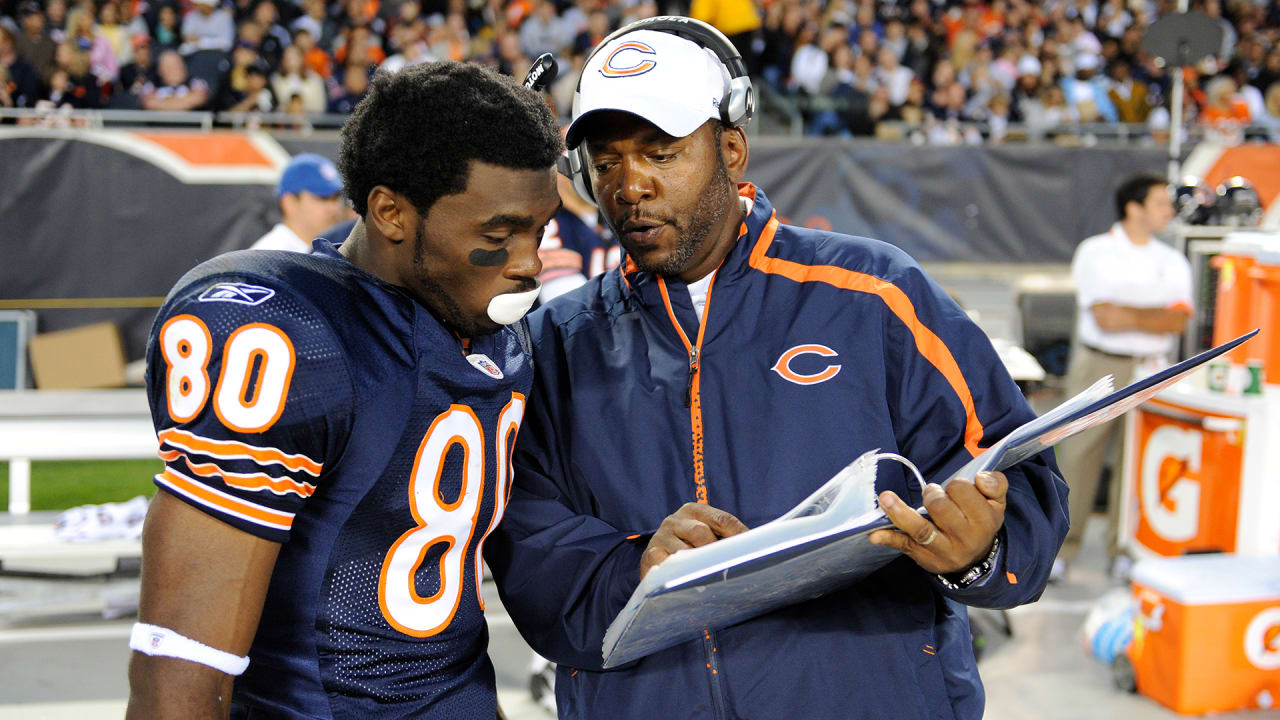 Former Bears receivers coach Darryl Drake passed away Sunday at the age of 62.

Drake was entering his second season in the same role with the Pittsburgh Steelers, who announced his death at their training camp Sunday morning at St. Vincent College in Latrobe, Pa., and cancelled practices Sunday and Monday.

Drake spent nine seasons with the Bears during coach Lovie Smith’s entire tenure with the team from 2004-12. Drake helped the Bears win three NFC North championships and one conference title, reaching the Super Bowl in 2006. He was beloved by the players he coached, which was evident Sunday when news of his passing spread.

“I spent the whole morning crying, and I don’t cry that often,” former receiver Rashied Davis told ChicagoBears.com. “He meant a lot more to me than I ever told him, and so that is what hurts the most I guess. I’m devastated by his loss.

As a player, Drake was a receiver at Western Kentucky. He spent time during training camp with the Redskins in 1979 and Bengals in 1983 but never played in an NFL regular-season game.

The impact that Drake made as a coach, however, was significant and lasting.

“A heavy heart and tears well up knowing that at least once a year I will not be receiving a text or call from you to just speak and check on the family,” former Bears receiver Earl Bennett wrote in a blog post. “Coach Drake you were the truest form of what being a coach really entails. The multiple hats worn in the word “coach” was exemplified by you daily.

“You were more than just a coach. Anyone that has ever met you will immediately say that. Your mentoring was a big part of who I am today. There is no denying your toughness on players, but there was always this nurturing aspect embedded. You would discuss everything with players. Finances, family, relationships, health, fame, and whatever else you thought a player needed to become a better person. A lot of coaches say they are player coaches, but I can truly say there was no other coach I have known who looked after and went to bat for his players than you coach Drake.”

Davis will never forget the support he received from Drake. Davis signed with the Bears in 2005 after starring in the Arena Football League and was then switched from cornerback to receiver in 2006.

“He had a huge impact on me,” Davis said. “He helped me understand what I was being asked to do when I changed positions. But also he gave me a legitimate chance. He believed in me from the time I walked over there into that classroom. I never felt that I had to prove anything; all I had to do was just be me.

“He was one of the guys I know was standing on the table for me when it was [time to make final cuts]. It was always, ‘I want ‘Shied. I need ‘Shied on my team.’ So I’m eternally grateful to him and appreciative that my life intersected with his.”

NFL could use Oakley Mouth Shields to prevent…

SEC waiting until end of July to make a decision…

Baker Mayfield and Kevin Stefanski must be a…