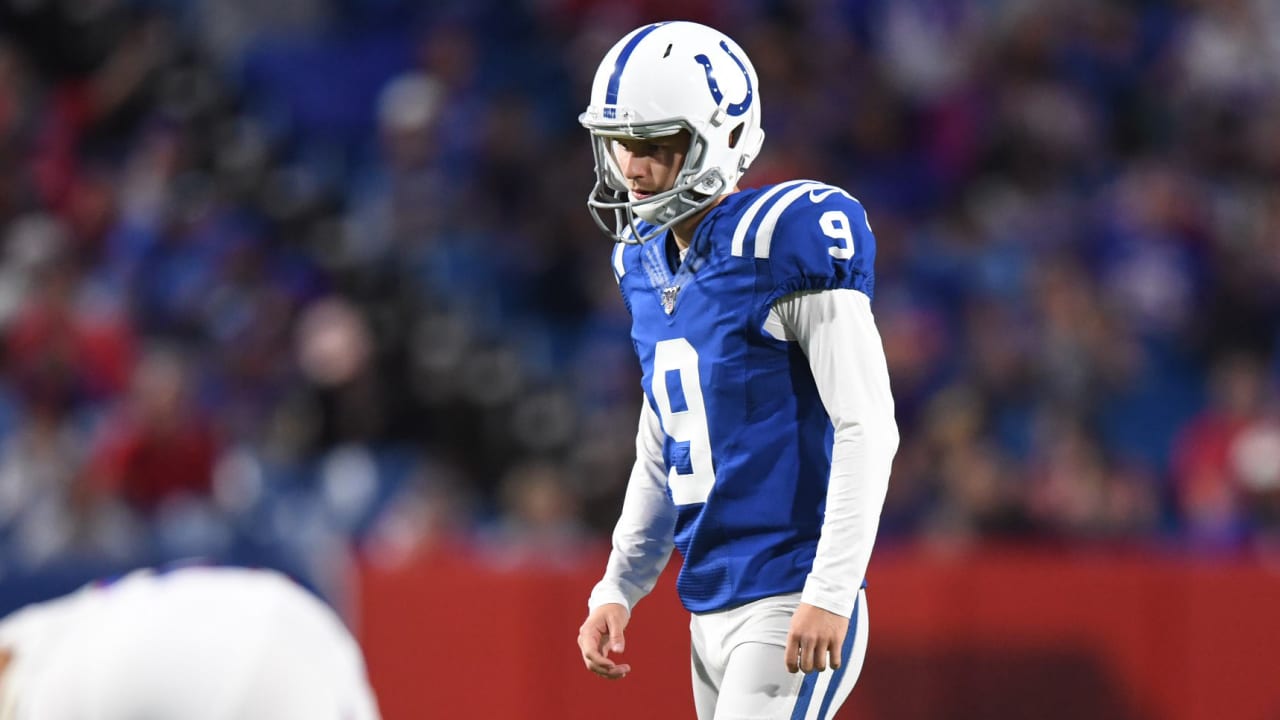 WESTFIELD, Ind. — Buffalo, N.Y., probably won’t ever land on a list of “most desirable places to play” for most NFL kickers.

New Era Field, the longtime home of the Buffalo Bills, is prone to all kinds of mood swings from Mother Nature, with the nearby lake effect causing all sorts of extreme weather conditions 12 months a year (see: Colts-Bills, 2017).

Late Thursday afternoon, Cole Hedlund arrived to New Era Field confident and ready for his NFL debut. The undrafted kicker out of North Texas was instead greeted with swirling winds that eventually turned into a severe thunderstorm, forcing stadium officials to clear the field for about a half-hour during pregame warmups.

Not ideal conditions for your first professional game.

Fortunately for Hedlund and the Colts, the clouds eventually cleared and conditions were just fine for the team’s preseason opener against the Bills. And when all was said and done, Hedlund had put in a perfect night, connecting on all three of his field goal attempts as well as his only extra-point try in Indy’s 24-16 loss.

“Yeah, I mean, going out there, I just wanted to see where the wind was going,” he said after the game. “And, yeah, I knew it was strong going into it, but I just knew I just wanted to take it one kick at a time. Just going through (my) preparation I didn’t even really think about the wind.”

Hedlund’s first opportunity on Thursday came with just three seconds left in the second quarter. After the Colts’ offense made a mad dash to get into range, Hedlund lined up for a 42-yard field goal attempt. But first, Bills head coach Sean McDermott called time out in an attempt to ice the rookie.

It didn’t work. With a solid snap and hold from Luke Rhodes and Rigoberto Sanchez, Hedlund confidently knocked the football between the uprights.

Hedlund then connected from 44 yards at the 12:44 mark of the fourth quarter, cutting the Bills’ lead to 17-6, knocked in an extra-point attempt on the Colts’ ensuing drive and then finished his night with a 25-yard chip shot with 2:47 left in the game.