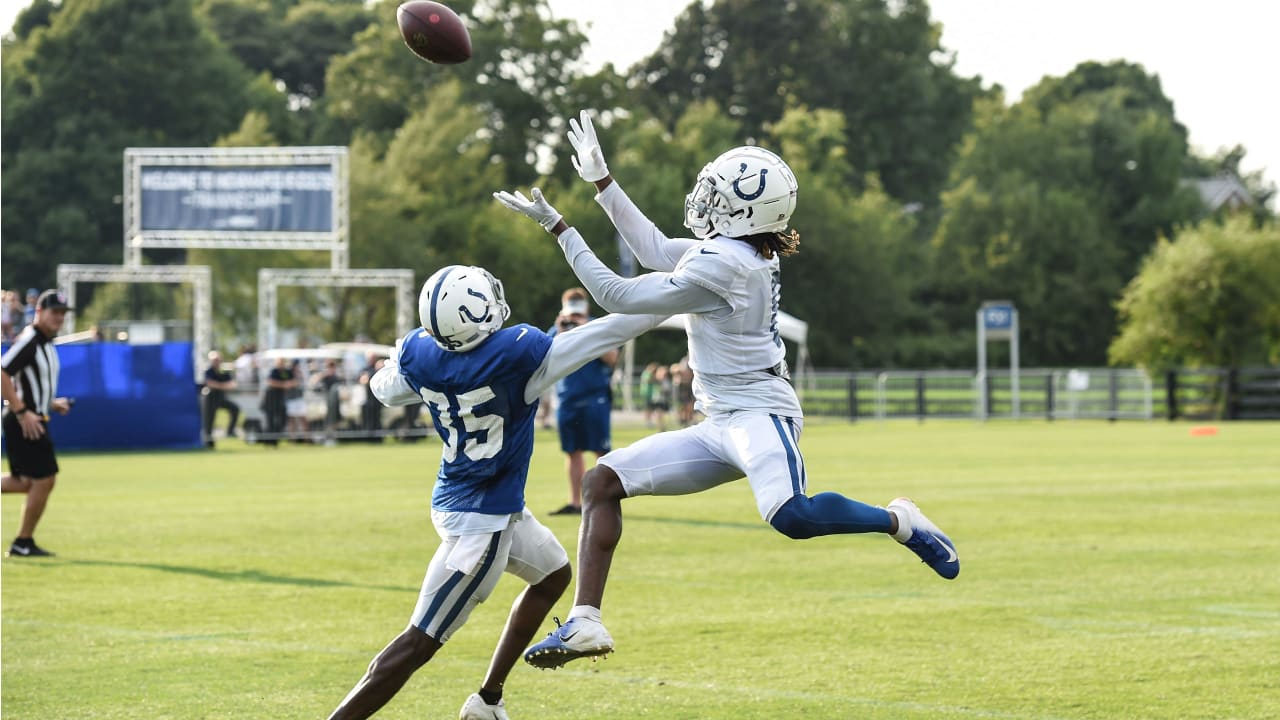 “I want to improve on concentrating on the ball in the air, a lot more on route running — just being more crisp in my route running — and film study,” Cain told Colts.com at the end of the 2018 season. “I’m getting more into the film room now since I have this much time, but (I want to) learn more about defenses — certain defenses — DB’s tendencies, and just learn more about this game because I want to have a long career here. So I want to know way more than what I know now. It’s gonna take time, but I’ll just learn more in the film room.”

Looking at 2019, it’s fair to temper expectations for Cain early on. He is working his way back to the field from a serious knee injury, after all. However, once he’s physically and mentally 100 percent, there’s no telling what all he can add to the Colts’ receiving corps.

Cain has a blend of height (6-2), speed, route running prowess and the ability to make the spectacular catch that the Colts haven’t had a depth of at receiver in awhile. By the second half of the season, we could begin to see him turn that corner and really show off what he can bring to the table.

As Colts general manager Chris Ballard told reporters on Wednesday as the Colts reported to camp — at first struggling to find the words to describe his excitement about Cain — he’s impressed with how the young receiver has turned the devastating injury into a positive, and how it should make him better in the future.

“Just all the little things, and having a lot of time to just think more about the game. I really think it helped me. We’re all gonna see next year, but I think it’s gonna help me more as a player because I learned a lot. Learned more about my teammates, learned more about my coaches, and it was just a real good, humbling experience for me.”

Report: Von Miller is under “criminal…

Chris Jones: You can’t get bored, that’s how you…