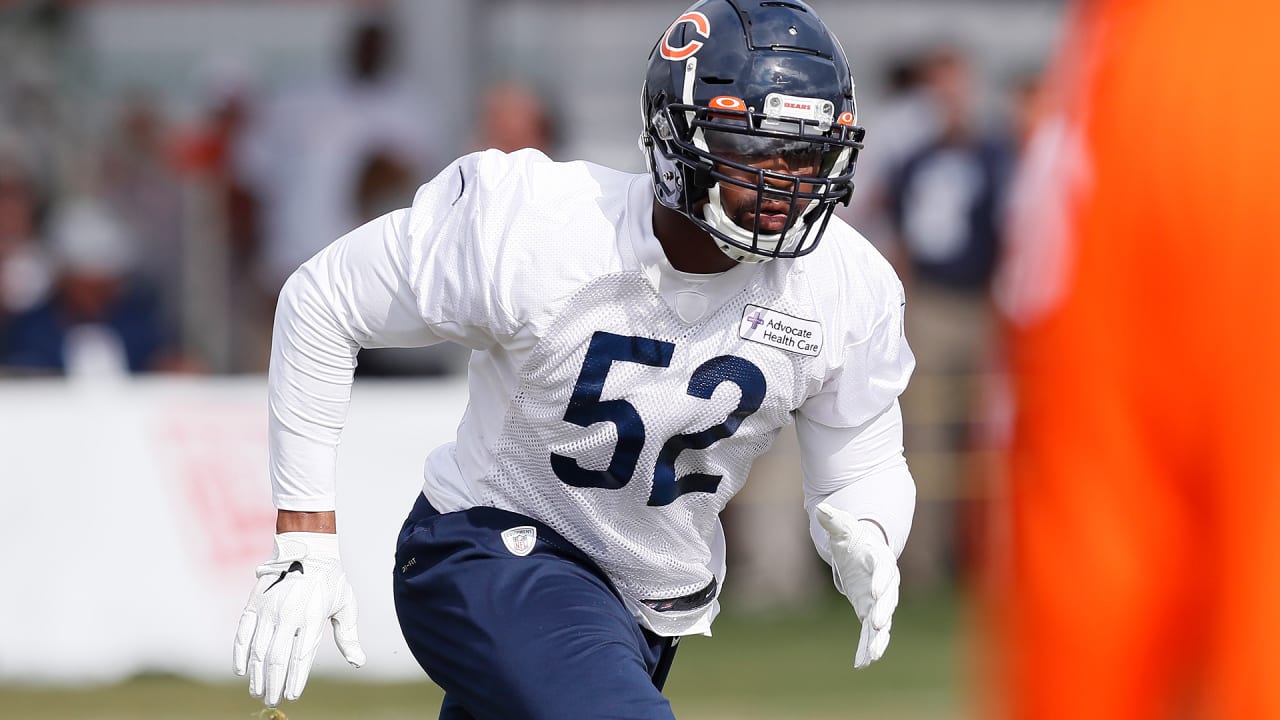 Even after losing coordinator Vic Fangio, who left the Bears to become Broncos head coach, it appears that the defense actually could improve from last season. The unit has consistently performed at an exceptionally high level in training camp, at times suffocating an offense that boasts several explosive playmakers.

Mack feels the defense has grown “tremendously” and is making a seamless transition under new coordinator Chuck Pagano, in part because 10 of 11 starters have returned. The only newcomer is veteran safety Ha Ha Clinton-Dix , who replaces Adrian Amos.

“You’ve still got the same group of guys out there, almost,” Mack said. “The same energy and the same effort and the play call can’t really change that. That’s the beautiful thing about this group.”

Another beautiful thing is that the defense has picked up in training camp where it left off last season in terms of generating interceptions and forced fumbles. Mack showed his athletic ability last week when he deflected a pass and then leaped to pick it off. In the most recent practice Tuesday, Amukamara had two interceptions in one drill. Earlier in camp, defensive back Sherrick McManis punched the ball away from a receiver ala his former teammate, Charles Tillman.

“Takeaways on the practice field correlate to takeaways on the field in the game as well,” said Mack, who last season forced a career-high six fumbles and returned an interception for a touchdown against the Packers. “It goes hand-in-hand. When you work on taking away the ball in practice, naturally it happens in the game.”

The vibe the defense is feeling this summer is unmistakable.

“You’ve got to have that cohesiveness,” Mack said. “It’s an energy that you feel when you’re out there. You can’t help but bounce around and feel light because everybody is flying around to the ball and wants to make a play.”

2020 South Side Questions: Will Vance McDonald…